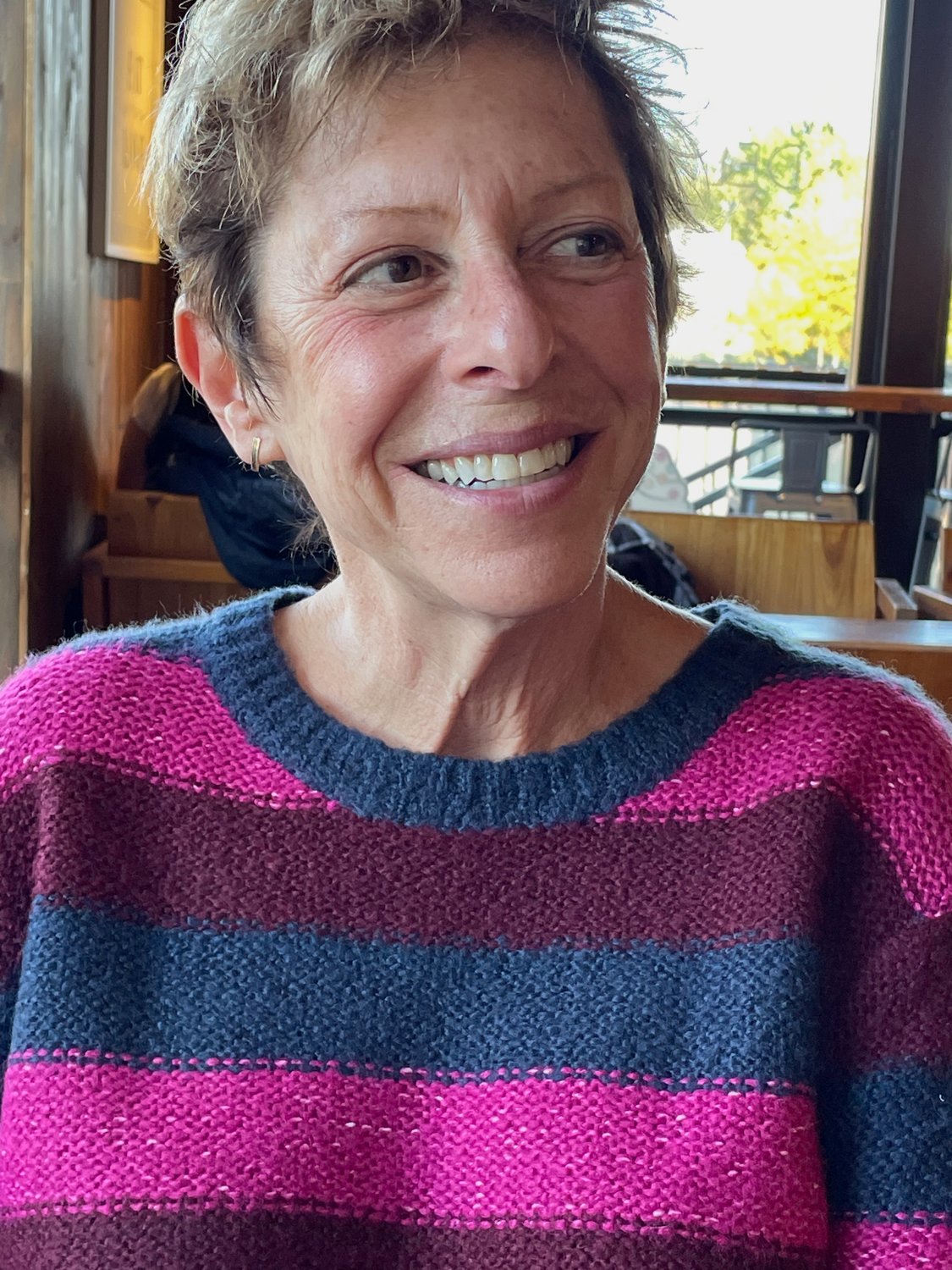 “Boundaries,” a compelling drama of therapy, is included in “Frankly Feminist,” a Brandeis University Press anthology. It was written by Chestnut Hill author Ilene Raymond Rush, who has written dozens of articles for newspapers and national magazines.
Posted Friday, December 23, 2022 12:00 am
by Len Lear

“Love is to be handled gingerly. That's an egg with a very thin shell.”

I thought of this quote when I read “Boundaries,” a short story by Chestnut Hill writer Ilene Raymond Rush published in “Frankly Feminist,” recently released by Brandeis University Press, which calls it the first-ever anthology from Lilith magazine, a 46-year-old independent Jewish-American feminist publication.

“Boundaries” is a compelling drama about a therapist, a patient of hers who goes too far in trying to cross the professional therapist-client boundary, the therapist's 23-year-old daughter who's about to marry a man she hardly knows, and the father/husband the therapist has divorced. It is a domestic drama that had me turning pages to learn the resolution.

“As far as her patients were concerned,” Rush writes in the story, “nothing had changed since she last saw them the week before. Her job was to remain inviolable, immutable as a figure on Mount Rushmore, a figure they could post their visions of themselves upon, not the other way around. They were not supposed to know anything of her personal life. In fact, part of her job was to carefully conceal the fact that she had a life, at all... The headline news that yes, indeed, she had a child. Or not. There were some patients with whom she had shared nothing, although she had known them for years and years.”

Rush, who also just finished the first draft of a novel, wrote book reviews for The Philadelphia Inquirer for years, but The Inquirer does not publish book reviews any more. She also wrote a personal essay column in the Sunday Inquirer Magazine and for WHYY, Parents Express, Sesame Street Magazine and women's magazines, “which paid well but don't exist anymore.”

The more than 40 short stories were considered the most moving and beautifully written pieces from Lilith's decades of publication. The stories reflect many cultures and points of view: Persian Jews; a biblical matriarch; an Ethiopian mother in modern Israel; suburban American teens; Eastern European academics; a sexual questioner; a Jew by choice; a new immigrant escaping her Lower East Side sweatshop; a Black Jewish marcher for justice in Vichy, France, and a toddler’s mother who is hiding out. All relate to the Jewish American female experience.

Some of the contributors are best-selling authors. Others are emerging talents with ages ranging from their 20s to their 80s. According to the magazine's editors, “The characters they create reveal themselves ... by their causes and their passions ... And the voices in ‘Frankly Feminist’ have plenty to say about how we live now. They are neither meek nor decorous. They speak with anger and humor, tenderness and rue, self-recrimination and howls of victory.”

Rush grew up in Wallingford, Delaware County. She graduated from Nether-Providence High School and Brandeis University and earned a master’s degree in fine arts from the University of Iowa. She taught writing at Penn State University from 1983 to 1990. In addition to being a skilled craftswoman who has been writing personal essays in Philadelphia area publications and women's magazines for decades, Rush has a most unusual story about her Chestnut Hill home-buying experience.

Rush was on her way to attend a weekly discussion group of local women when she parked on Germantown Avenue in Chestnut Hill. (The group discusses articles in The New Yorker magazine and other current issues.) According to Rush, “I saw a house on Abington Avenue and said to myself, 'This house is for me.’ I wasn't even looking for a house, but I always had a soft spot in my heart for Chestnut Hill. It was inevitable.”

The house was for sale, and Ilene and her husband, Jeff, wound up buying it at the end of 2019 and moving in by early 2020. Jeff worked for 30 years as a professor in the School of Theater, Film and Media Arts at Temple University before retiring in May of this year. In addition to teaching, he was the director of the bachelor of fine arts program in screenwriting and directing and has been published in major film, literature and video game journals.

The Rushes have a son, Alexander “Sasha,” an associate professor at Cornell Tech in New York who received his doctorate from MIT, and a second son, Noah, a software engineer who works for Canvas, a teaching and learning software company.

Rush can be contacted on Twitter at @IraymondRush. "Frankly Feminist" can be ordered at booked in Chestnut Hill or amazon.com. Len Lear can be reached at lenlear@chestnuthilllocal.com.