"Spirit of the Road" is a well-written and intelligent look at a trucker’s career.[/caption] by Hugh Gilmore I’ll read any well-written book about an occupation I’ve never had. The jobs … 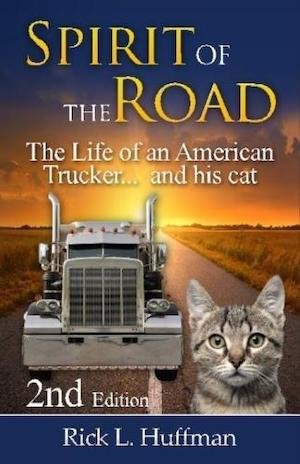 "Spirit of the Road" is a well-written and intelligent look at a trucker’s career.[/caption]

I’ll read any well-written book about an occupation I’ve never had. The jobs we’ve held, for better or worse, pretty much define the lives we wind up leading. They’re probably how we’ll be remembered by others. From them, we get to know a lot about how certain things are done and even a little about why people do them. But most of us leave the stage without knowing much about anything else.

In a wonderful novel by a writer named Ernest Hebert called “The Dogs of March” (1979), the character speaking is a retiring automobile mechanic whose son is not interested in his life, or his way of life.

He said, “It is one of the great hopes of my life that someday my son and I can sit down down and have a long talk about tires, automobile tires.”

I read that book 30 years ago and never forgot that quote.

Perhaps thoughts like these pricked former Haverford College president (1967-1977) John Coleman to take a sabbatical during his presidency and work for a while as a garbage collector, ditch digger and kitchen helper, among other gigs he sampled for brief times. He kept a diary and published short pieces in the New York Magazine about what he learned about those jobs and, more importantly, about himself. His gathered collection, “Blue Collar Journal: A College President’s Sabbatical,” appeared in 1974. (A gussied-up version appeared on CBS television in 1976 as “The Secret Life of John Chapman.”)

Coleman never had the chance to try long-haul truck driving. John McPhee, staff writer and author for The New Yorker, accompanied one such driver long enough to write an exhaustive pair of articles for the magazine. Called “A Fleet of One: Eighty thousand pounds of Dangerous Goods,” this masterpiece appeared in the print edition of the Feb. 17 and 24, 2003 issues. It’s online for free, and also included in an anthology of McPhee’s commercial freight hauling pieces called “Uncommon Carriers” (2007). You might just never challenge a big rig again in the passing lane passing game.

In case you become really interested in life behind the wheel, there are a surprising number of really well-written truck driving memoirs available to you for any long haul you’re facing. Rick L. Huffman’s “Spirit of the Road: The Life of an American Trucker...and his cat” (2013) is highly readable, contains a cat, of course, and is quite interesting. His stories of attending commercial driving school are both instructive and hilarious. He drove an 18-wheeler for five years before switching over to ITT work and writing.

My favorite truck driving book is “The Long Haul: A Trucker’s Tale of Life on the Road” (2017), by Finn Murphy. The author dropped out of college and went out onto “the big slab,” racking up over a million miles, and twice as many fascinating stories, in the next 30 years. It’s very well-written, philosophical and intelligent. Many of the best stories concern his clients, since he specialized in moving citizens and their possessions. He is not sparing in his portraiture.

You might even want to back this all up a notch and get curious about how American vehicles get put together, especially in the present age, when being an automobile assembly-line worker is an endangered occupation. Though this book is probably a bit dated, it remains a classic of its kind – the disaffected factory worker speaks up. Titled “Rivethead: Tales from the Assembly Line,” it was written by Ben Hamper and published in 1991. The Detroit Free Press once called him “the blue collar Tom Wolfe.”

All this is by way of suggesting that there are some good books out there if you ever want to know more about how the other 99% live.

Donate now to CH Local
The Latest
Important questions for voters on May 18
Under a much more quiet set of circumstances than last November, local voters again are heading to the polls to vote in a primary election. So-called “off-year” elections, in which …

Anthony Kroch, linguistics professor
Anthony (Tony) Kroch, Professor Emeritus of Linguistics at the University of Pennsylvania, died of cancer at the age of 75 on April 27 in his home in Mt. AIry. He was attended by his wife, family and …
Founders Day marks another opportunity to help local aid agency Face to Face
On May 13, 1984, the dining room doors opened for the first time at Face to Face in Germantown. The idea was simple: much like a soup kitchen, it would offer hot meals for locals, no questions asked.

25-year publishing dream comes true for Hill sisters
Twenty-five years ago sisters Abby Pete and Leslie Pontz hired an agent to find a publisher for a proposal they had for a children's book of theirs that would be called “Harvey the Hippo.”
Development plans next to Pleasant Playground hinge on pollution at the site
The contested development plans for a 34-unit apartment building next to Pleasant Playground in East Mt. Airy hinge on known pollution at the site and what will eventually be done with it.