As we approach the holidays with great anticipation, we begin to see the season take shape before us: the garlands on the poles along Germantown Avenue, the twinkling lights, the big red bows, the the aroma of balsam fir. 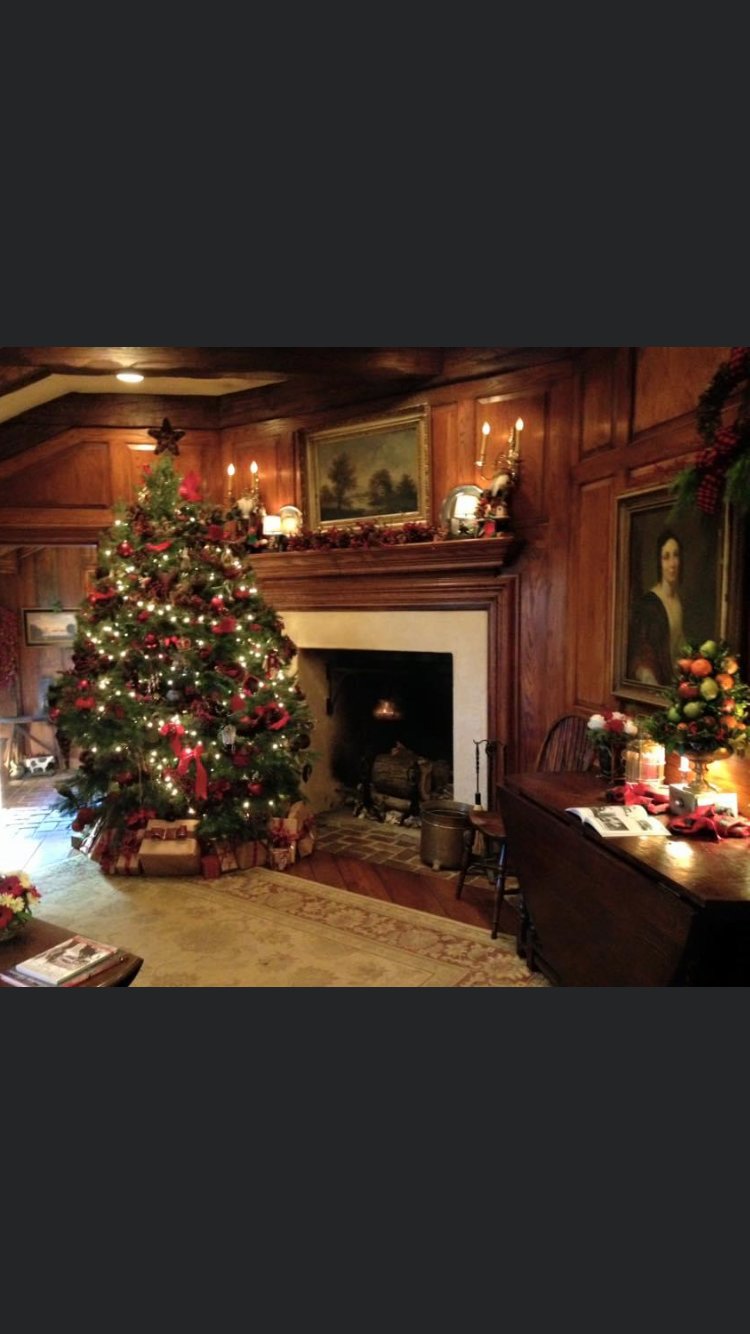 A tree covered in pine cones and ribbons, reminiscent of Colonial Williamsburg.
Posted Thursday, December 1, 2022 12:00 am
by Patricia M. Cove

As we approach the holidays with great anticipation, we begin to see the season take shape before us: the garlands on the poles along Germantown Avenue, the twinkling lights, the big red bows, the aroma of balsam fir.  Living in Philadelphia, we can even more appreciate the historic influences that permeate throughout the season. There are traditions that have been passed down from family members, special foods, and decorations that have very special meaning.  They may have lost a little of their luster over the years, but as you carefully unwrap them from their tissue, the memories of holidays past come rushing back.

A trip to Williamsburg, Va., at the holidays can also bring a true historical influence of the season to you and your home.  Even though I own about 200 design books full of glossy pages and sparkling décor, it is the books from Williamsburg to which I will turn when thinking about the holidays.  There is just something about the simplicity of the designs, the relevance of the materials, and their influence on the lives of ancestors that make those traditions appropriate and meaningful.

Although Colonial Williamsburg has taken on a more “Colonial Revival” appearance over the years, it is a style that remains quintessentially American in feel and appearance.  It was a style of interior design that began in 1876, with the Centennial of our nation’s birth.  Patriotism and nostalgia for the good old days guided proponents of Colonial Revival toward a better appreciation for early American architecture, antiques, heroes, and genealogy.  No attempt was made in Colonial Revival  interiors to replicate true colonial appearances, but to create a more romanticized  version of that era, while still retaining its virtues, quaint charms, and historical influence, but keeping the more “modern” comforts of overstuffed wing chairs, Oriental rugs and electric lamps!

Thus was born the Colonial Revival Christmas, a holiday that captures the essence of our nation’s Colonial heritage, by using the materials and customs of that era.  The true decorations used throughout Williamsburg at the holidays do convey a sense of historic simplicity, that many of us adapt to our own homes today.

When considering a “Colonial Christmas” all you need to do is take a walk in the forest, for it is only nature that can supply the true browns and greens of magnolia leaves, the fluffiness of cotton balls and the texture of pine cones. Osage oranges and chinaberries offer their skins in the creation of fragrant pomanders. Green apples and yarrow add color and vibrancy to wreaths and table arrangements.  Carnations and poinsettias decorate porches and entranceways. And nothing is more colonial in appearance than the addition of a fruited plaque fixed to a front door. Boughs of holly deck the halls, and the tables, and the banisters.  Ivy tendrils drape the fireplace, with apples and pineapples adorning the Christmas feast table.

The first official Williamsburg Christmas was held in 1935, and visitors thronged to the colonial capital to admire the natural décor, taking notes, making sketches and snapping photographs in order to bring a little of Williamsburg home.  We, too, live in a colonial city with architecture and history to match.  We don’t have to travel far to see a candle in every window, handcrafted decorations, and fruited wreaths.  And as we pull our own treasured ornaments from their tissue paper wrappings, we can think back on our own Christmases past, and a holiday history that is truly our own.

Patricia Cove is Principal of Architectural Interiors and Design in Chestnut Hill, and can be reached at patriciacove.com.