Eleanor Roosevelt was much more than a memorable First Lady and the wife of a man many consider to be one of the nation’s greatest presidents. 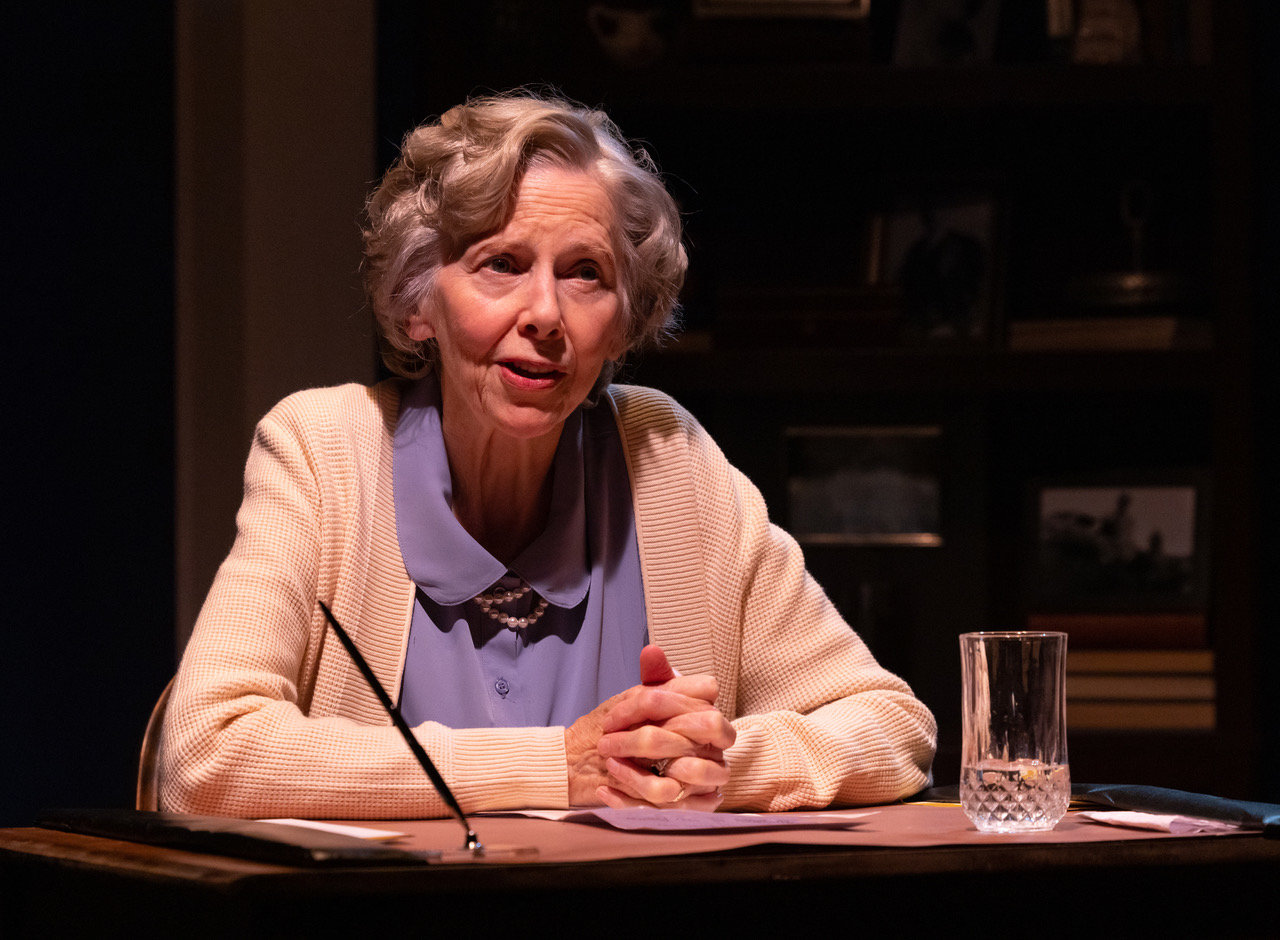 Eleanor Roosevelt was much more than a memorable First Lady and the wife of a man many consider to be one of the nation’s greatest presidents. Indeed, the woman who married Franklin Delano Roosevelt devoted herself to much more than politics during her lifetime. Ambler's Act II Playhouse is presenting the regional premiere of “Eleanor” to focus on the woman and her work.

Penelope Reed, director emeritus of The Hedgerow Theatre, stars in this one-woman show running now through November 20. “I play Eleanor as well as people who helped shape her legendary life,” she said last week. “That includes people like Winston Churchill, F.D.R.'s mother and others.”

Written by Mark St. Germain, the play reveals the many layers of the private Mrs. R., highlighting the fascinating woman who became a diplomat, writer, champion of social justice and more.

St. Germain explained that even after all these years, we still view Mrs. R. as “having a moral compass. While Franklin was a politician in every sense, she looked at those around her as human beings with dignity, not votes,” St. Germain said. “She said what she felt and stood up to injustice in any form. Eleanor was the heart of the White House and our country.”

Reed couldn't agree more. “I love portraying Eleanor. Once before I did another one-woman show about Emily Dickinson called 'The Belle of Amherst.' I loved doing both of them because they make me feel more evolved than I am, and so it takes me to a higher place.”

And during this particular performance, which runs 90 minutes without an intermission, there's no rest for Reed. “I'm on stage the whole time, so if there is a challenge of any kind in doing the play, I guess that would be it.”

However, Reed adds, playing this great lady will hopefully open many eyes.

A shy, insecure child whose parents and one of her brothers died before she was 10, Eleanor was sent to live with her harsh and often critical maternal grandmother. Timid and awkward, she grew up with low self-esteem, believing she compared badly to other young girls. Her challenging childhood was at the root of Roosevelt’s unyielding advocacy for others.

“Here was a woman appointed by presidents, including Truman and Kennedy, to fill incredibly important positions. And I love the fact that she was named an honorary member of Alpha Kappa Alpha, the first white person named to this historically-black organization,” Reed said.

A graduate of Carnegie Institute of Technology (now Carnegie Mellon University), Reed earned a bachelor’s degree in drama/acting at the Pittsburgh school, and later a master's degree in speech and directing from Marquette University in Milwaukee. Reed is a fourth-generation performer. Her great-grandfather once appeared in a play with Edwin Booth. But Reed has accomplished much in her own life. For many years she wore numerous hats at the Rose Valley theater in Delaware County. She supervised operations at  the theater since 1998 and then passed the baton on to her son, Jared Reed, who is now artistic director of the company.

Today, at the age of 77, there aren't many challenges Reed hasn’t faced head on and conquered.

Happily recalling the fact that she's been in the business since she was 15, Reed, who lives in Rose Valley, is proud of the awards and accolades she's received over the years. They include the Barrymore Lifetime Achievement Award, Dorothy James Media Fellowship Community Service Award and the Main Line Today Hall of Fame Award.

For the future, Reed said she would love to see the world come together. “I'd love to see a world filled with compassion for all the people who are not as lucky as we have been,” Reed said. “And I'm sure Eleanor would advise all of us to keep using and giving of ourselves as long as we possibly can.”