Borrelli's Chestnut Hill Gallery opened its first in-person exhibit in 20 months with a beehive-busy reception on Oct. 16, unveiling the works of some of the artists it represents. The exhibit will be up until Nov. 20. 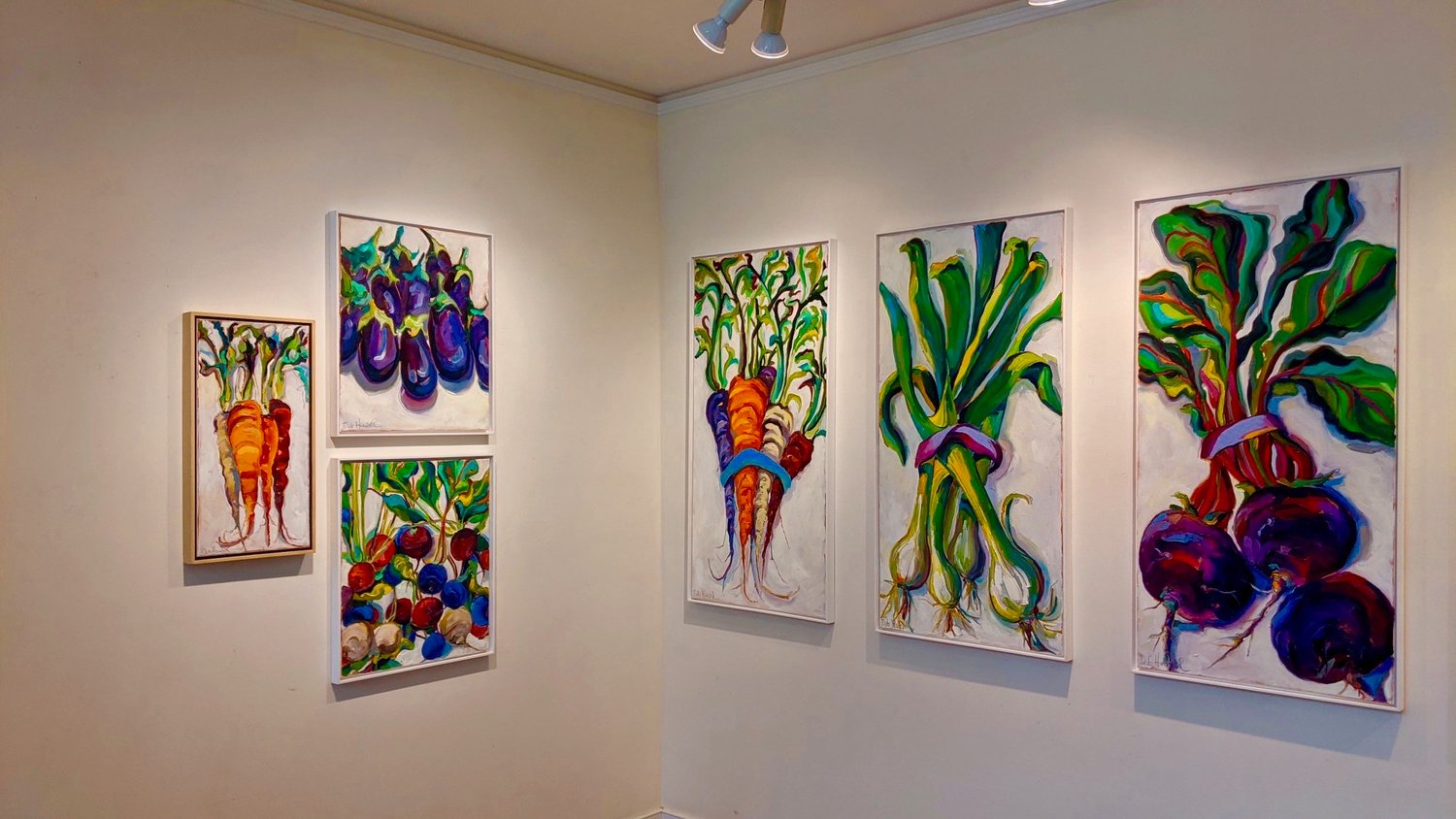 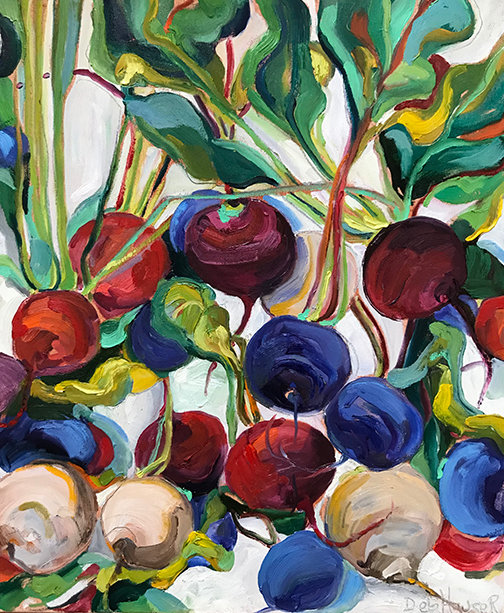 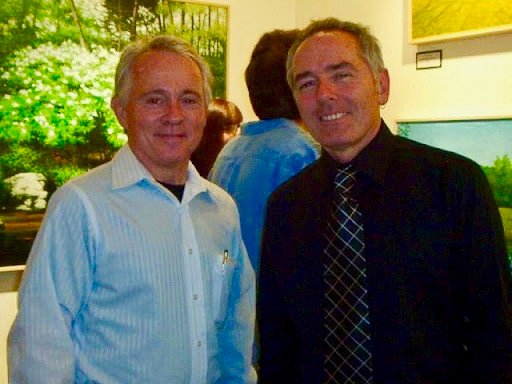 Art lovers in the Chestnut Hill area who are tired of watching exhibits online can rejoice now that Borrelli's Chestnut Hill Gallery, at the corner of East Gravers Lane and Germantown Avenue, opened its first in-person exhibit in 20 months with a beehive-busy reception on Oct. 16, unveiling the works of some of the artists it represents. The exhibit will be up until Nov. 20.

“We are thrilled to have been able to sustain our business through these challenging times, thanks to all our patrons, and we are honored to be a staple art gallery in Chestnut Hill for 15 years and counting,” said Joseph Borrelli, gallery director and CEO who has more than three decades of experience in the fine art world, including curating, sales and custom picture-framing.

One Hill artist whose works in the exhibit are bound to make vegetarians hungry is Deb Hauser, who was supposed to have a solo show at Borrelli's in May of last year. That show was postponed several times because of the pandemic. Her large works in the new exhibit are of stylized fruits and vegetables. (Hauser is not a vegetarian.)

Hauser uses the “alla prima” technique, in which layers of wet paint are applied to previously administered layers of wet paint. Used mostly in oil painting, the technique requires a fast way of working, because the work has to be finished before the first layers have dried.

“I like organic nature,” Hauser explained. “I used to paint leaves, for example. One day I bought a bunch of carrots and started painting them just for fun, and I got hooked. They are so much fun to do. Then I started doing other veggies. Joe has already sold three large, two-by-four-foot carrot works.  Everything is oil on canvas. They wind up looking sculptural.”

“We were thrilled that Deb was still available for our first public art opening since Covid-19 changed the way we all do business,” said Borrelli. “Her work is expressive and lively, and as a patron told me at the opening reception, it exudes positive energy. We are drawn to the way she reveals the beauty of everyday objects.”

For five years, Hauser previously owned Acorn Tiles on Mermaid Lane, where she designed and produced a line of ceramic accessories for the home. They were sold to local stores, flower shops and craft shops. “Then I had a child,” said Hauser last week, “and I stopped making the tiles because of the toxic chemicals in the leaded glass.”

Hauser grew up in Bucks County and went to Central Bucks West High School, the University of Delaware and Temple University's Tyler School of Art, where she graduated in 1988. After college, she fell in love with sculpting clay and became a ceramist and tile maker at The Moravian Pottery and Tile Works, a historic turn-of-the-century pottery in Doylestown before starting Acorn Tiles. When the tile making stopped, she spent five years painting murals of forest and animal scenes for private clients. Then in 2005 she started painting on canvas again, creating portraits of historic and other home exteriors for eight years.

Then her husband got a job in Raleigh, North Carolina and moved the family. They lived there several years, but she never connected to a community of artists. “I was frustrated there,” she said, “because the art scene was not vibrant as it is here. There is a cohesive art community here. I missed Chestnut Hill and the art community. I worked at Tailored Home for one year until September of this year … I am not making a statement about social justice with my art. Mine is decorative. I know it is not for everyone. I will probably do landscapes next.”

In addition to his long tenure as an art maven, Borelli also has been a professional singer and songwriter. His early days were spent with Danny and the Juniors, a Philly Doo-Wop group that recorded “At the Hop,” which became the number-one record in the country in 1957. Borelli joined the group and toured with them in the mid-'70s. He later was the lead singer for a group called Uproar, and his bands opened for some major recording acts such as the Gregg Allman Band and the New Riders of the Purple Sage. He is still recording with the band 56 Men and has several songs on Spotify.

Hauser lives in Chestnut Hill with husband, Jeff, a banker, and children Zach, 23, and Lexi, 20.

For more information, visit debhauserartstudio.com. Len Lear can be reached at lenlear@chestnuthilllocal.com