A group of area residents braved the cold on Dec. 4 to protest the development of a new high-rise at the site of the former JOA Mart at Hortter and McCallum streets. Time was not on their side. A notice on the building announced that it is slated for demolition on Dec. 8. 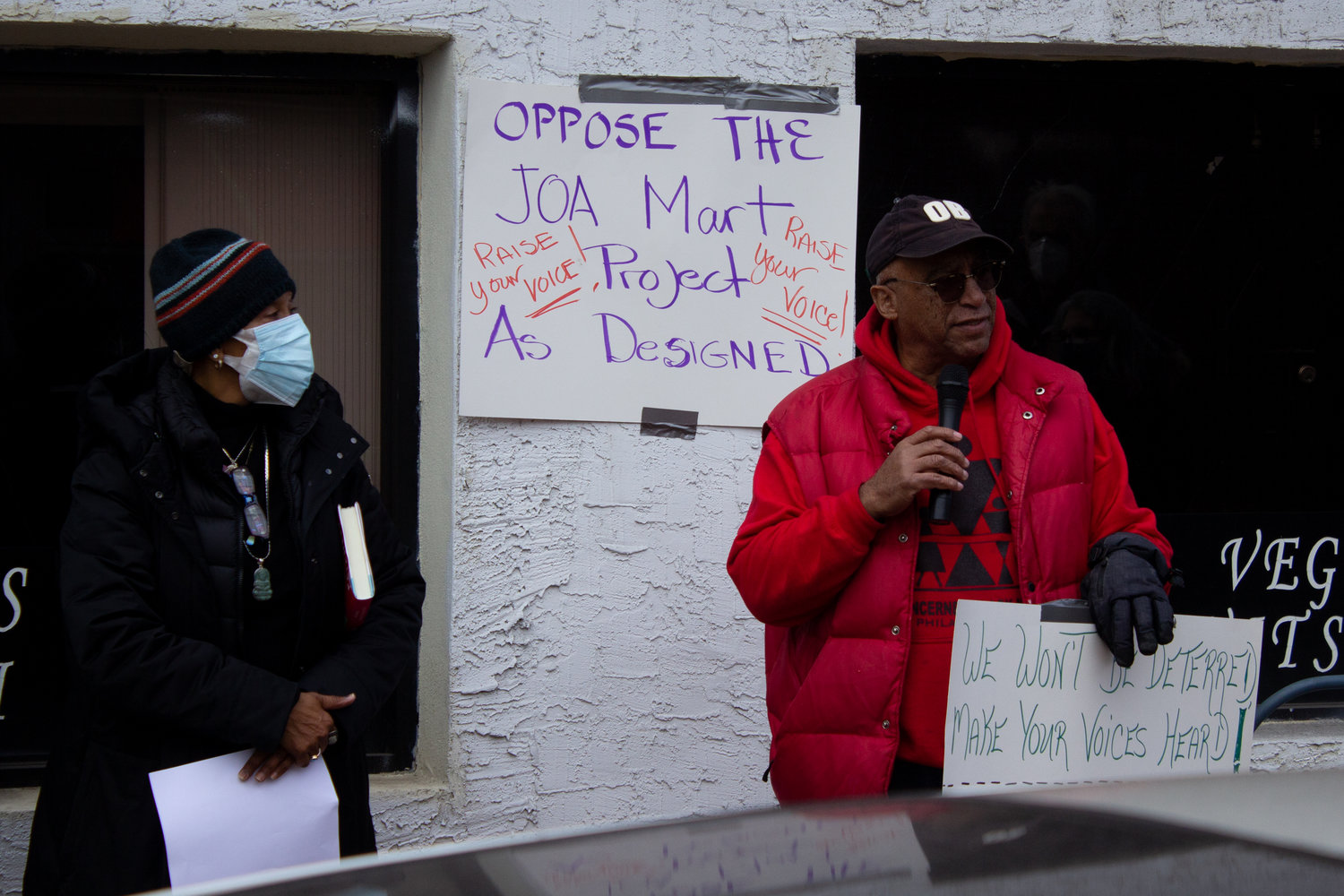 Neighbors turned out to help protest a new development at the corner of Hortter and McCallum streets.
Julia King 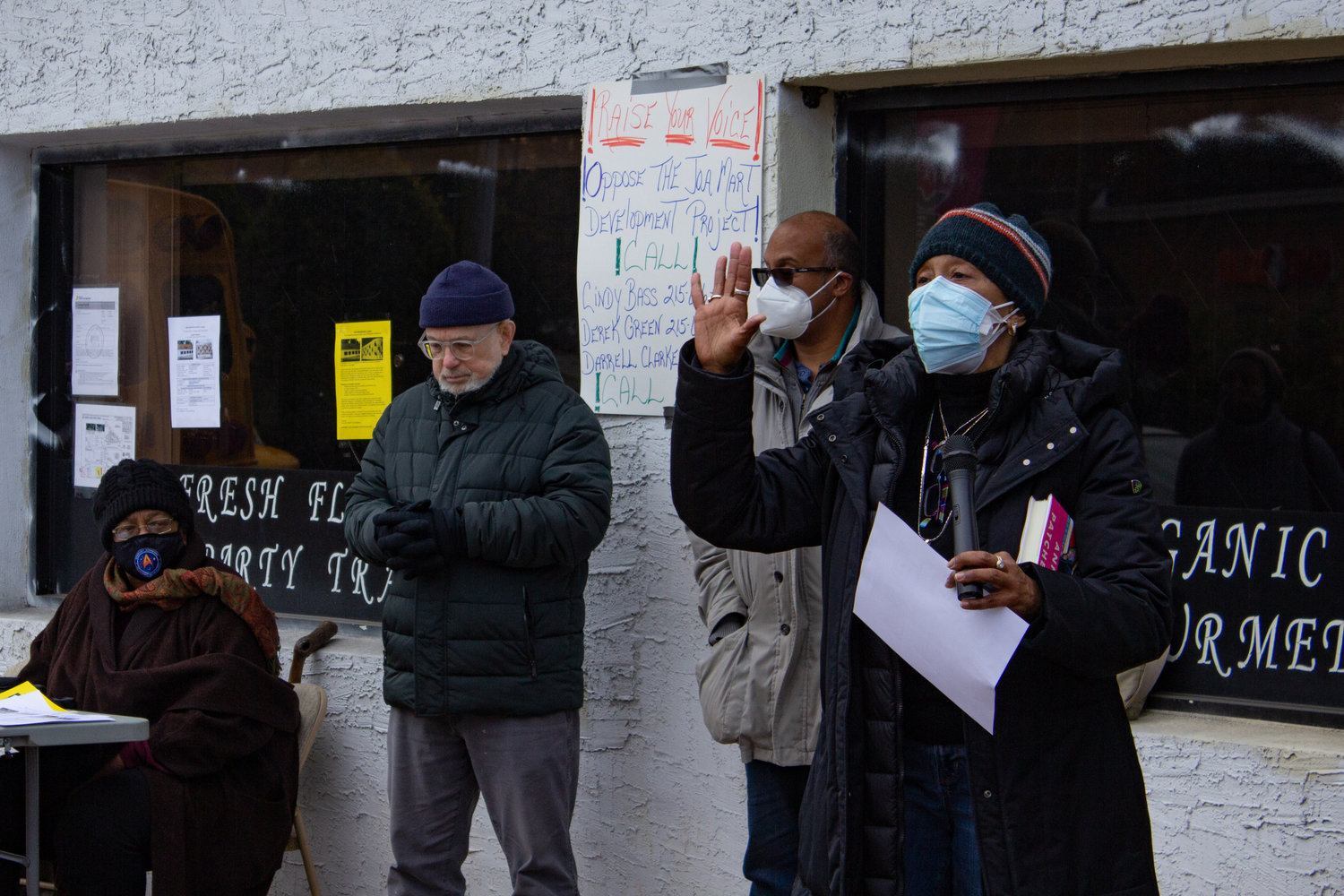 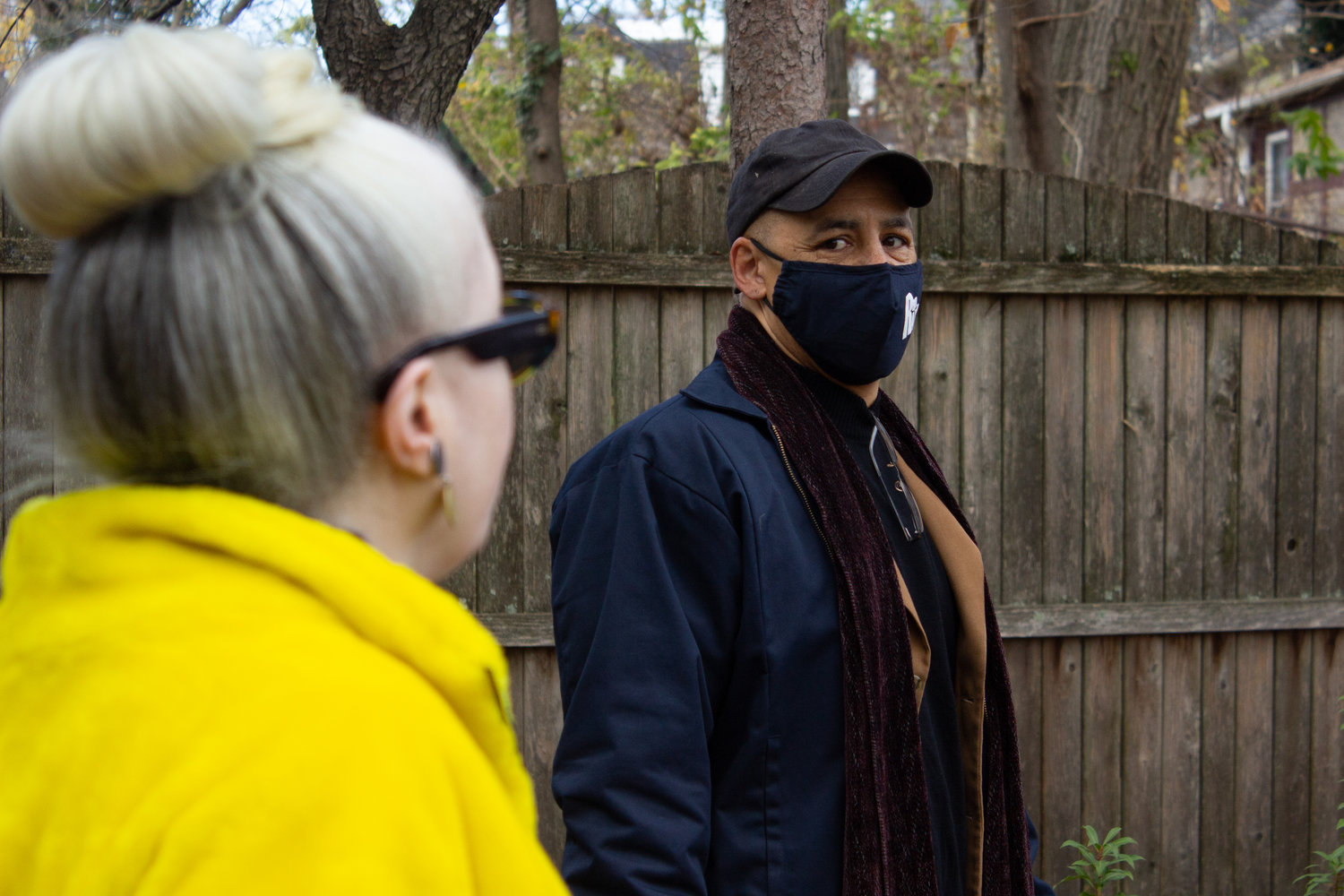 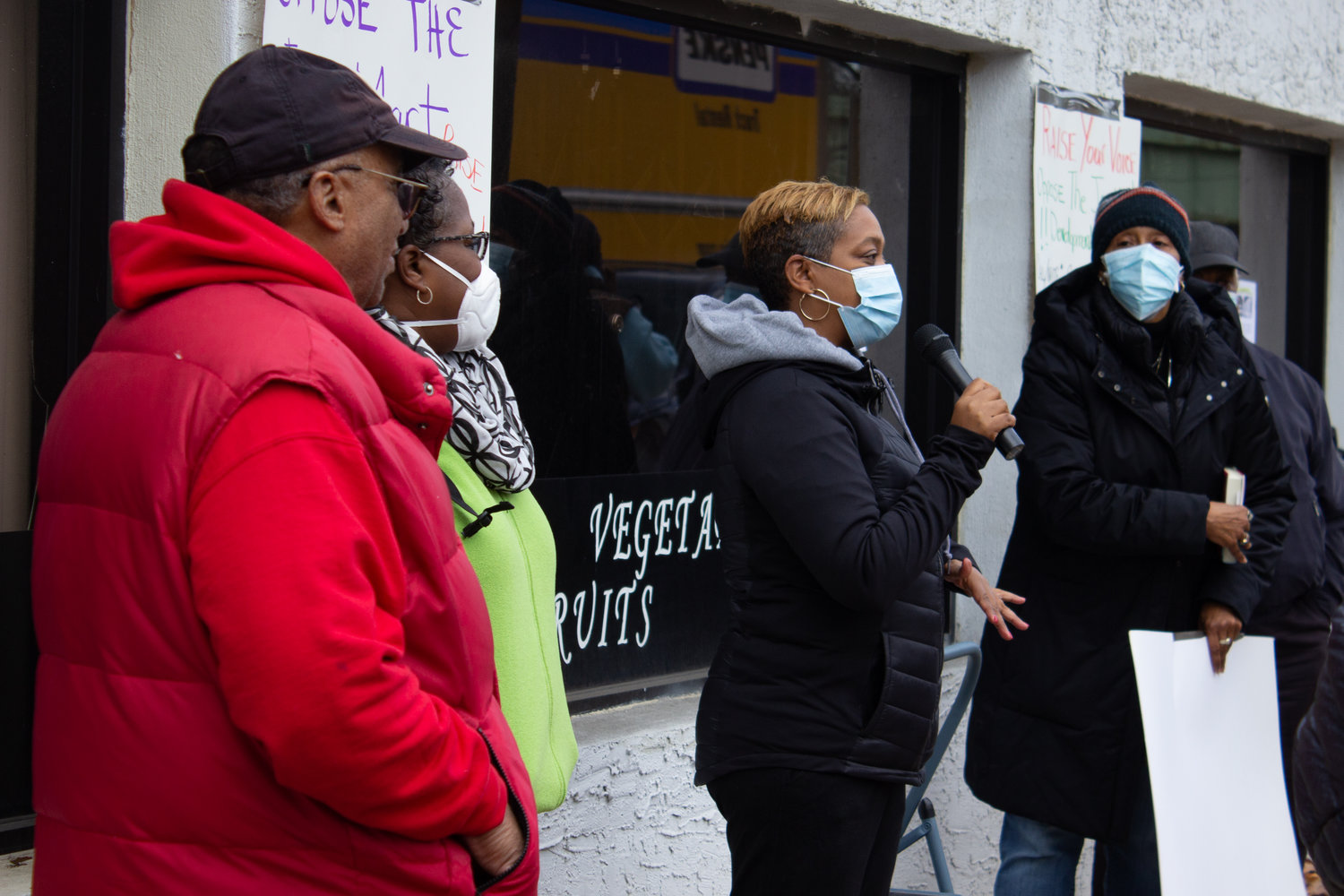 A group of area residents braved the cold on Dec. 4 to protest the development of a new high-rise at the site of the former JOA Mart at Hortter and McCallum streets. Time was not on their side. A notice on the building announced that it is slated for demolition on Dec. 8.

“The timing is surprising since we’ve been trying to meet with the developer since June of this year to garner plan details and timeline,” said Beverly Penn, one of the speakers at a community Zoom meeting on Nov. 4 hosted by West Mt. Airy Neighbors.  Penn is part of a grassroots group who live near the site and formed the JOA Mart Ad Hoc Committee to express their concerns.

At the meeting, Penn explained that Zatos Investments, the developer and present owner of the former one-story grocery, had the right under the current CMX-2 Zoning to build up to five stories with a commercial tenant on the first floor and 24 residential units above. Under this zoning, the developer is under no obligation to provide off-street parking in an already highly congested area. It is also under no obligation to share its plans or meet with community members.

“It was our hope to either stop or influence the project. We need to move quickly as this developer will be redefining the look and feel of our neighborhood,” Penn said.

As it is, Hortter Street turns into the Indy 500 after dark with cars and motorcycles whizzing by at 50 mph, said Penn. Making a turn off of McCallum onto Hortter at any hour demands the driving skills of a Steve McQueen due to a blind spot caused by a bend in the road.

“It wasn’t like that when I first moved here,” said Lanina Cavicchio, who is concerned that adding another 24 to 50 cars to the area will create not just parking problems but also a serious danger for pedestrians and drivers. “What about the daycare center directly across the street?” she asked.

“We know we can’t stop development,” Cavicchio said, “but our goal is to bring attention to what is coming and let the developer know that the community has concerns. A smart developer would reach out.”

Zatos Investments has another development project currently in Germantown, on West Chelten Avenue right next to the Chelten Ave. SEPTA station. “But that’s a totally different situation,” Cavicchio said. “It’s a commercial corridor, whereas this is a quiet residential neighborhood with children waiting for the school bus on the corner, people walking their dogs and mothers dropping toddlers off at daycare.”

According to current zoning, the property can have four stories, but if the owner adds a “green roof,” it can go up to five. This is one of the top concerns of the protesters. Their goals include reducing the height of the building, eliminating the roof deck, increasing green space and trees on street level, addressing parking concerns and rubbish collection, adding pedestrian crossings at several intersections, and maintaining the architectural character of the neighborhood with its Wissahickon schist homes, 1940s apartment buildings and old-growth trees.

Besides starting a letter-writing campaign and distributing flyers, the JOA Mart Ad Hoc Committee met with Councilmember Cindy Bass to request a traffic study of the intersection. “Ideally, we would like the City to install speed bumps, a pedestrian crosswalk and perhaps a traffic light at the intersection of McCallum and Hortter,” said Cavicchio.

Cavicchio and Penn are holding out hope that Zatos Investments will partner with the community for their mutual benefit.

“Right now, we don’t even know if the building will contain condos or apartments,” said Penn. “We hope to learn more.”