Christopher Alexander believed that ordinary people, not just trained architects, should have a hand in designing their own houses, neighborhoods and cities. 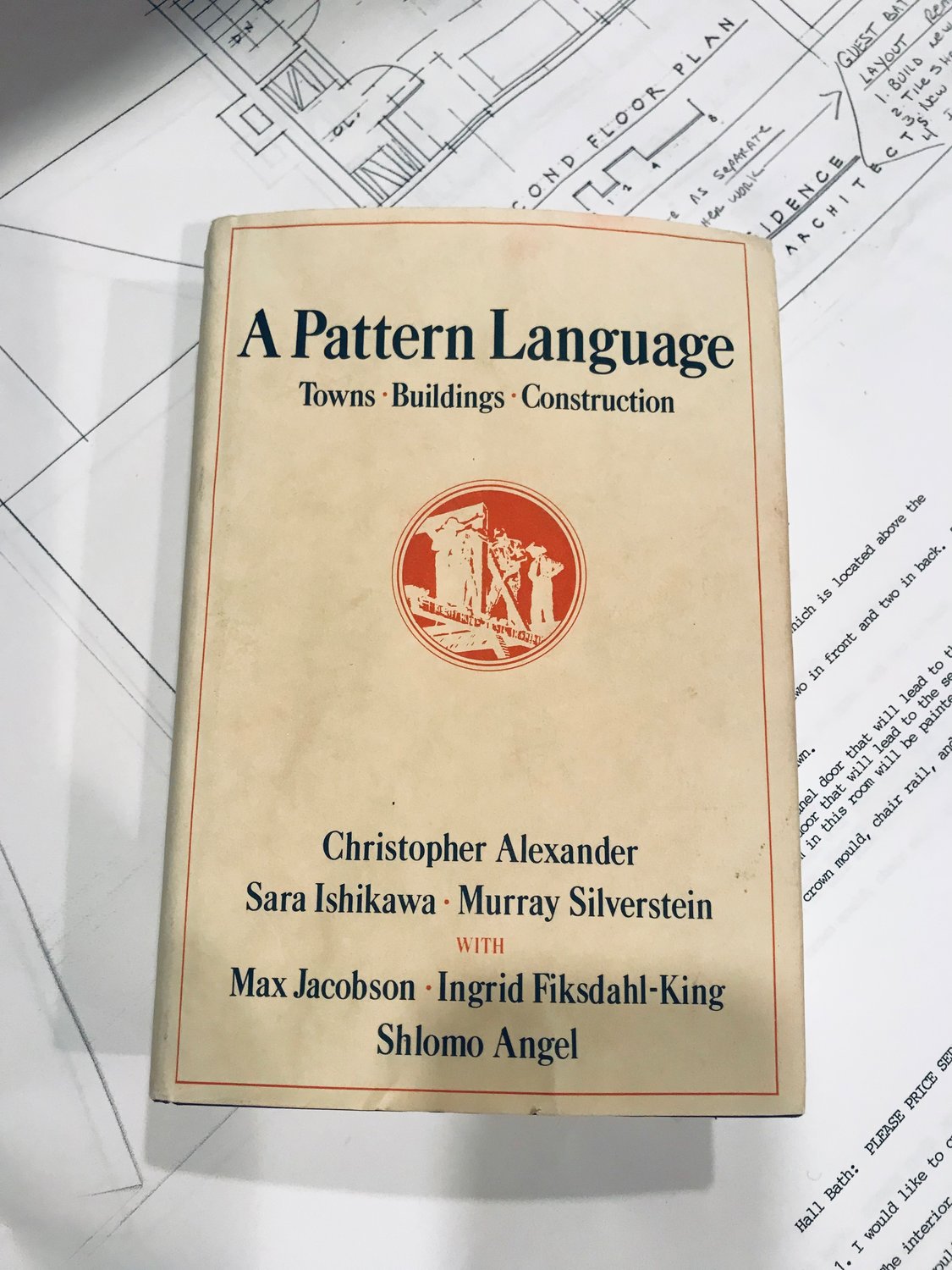 About a month ago, as I was perusing the newspaper, an obituary for the architect Christopher Alexander caught my eye.

Usually, architect’s obituaries list their ultra-modern architectural accomplishments or their contemporary way of looking at the built environment. But the write up that described Mr. Alexander’s life and career had a very different tone.

In an age of “starchitects” and buildings that seem to be built more for shock value than character, it appears that Mr. Alexander’s approach to how we live in our surroundings was an anomaly. It emphasized the critical elements that not only create beautiful buildings, but create atmospheres where people really want to live.

Alexander believed that ordinary people, not just trained architects, should have a hand in designing their own houses, neighborhoods and cities. And to that end, in the late 1970’s, he collaborated with other designers to write three books which “lay the basis for an entirely new approach to architecture, building and planning, which hopefully will replace existing ideas and practices entirely.” They were based on the understanding that most of the wonderful places in the world were not made by architects, but by the people.

Through his books, Alexander encouraged city planners and designers to think in human terms - giving rise to the “New Urbanists”, who designed communities based on his principles: walkable neighborhoods, houses with front porches that encourage socializing, and lots of green space.

But creating and preserving these sought after communities, especially now, is becoming much more challenging. In working with architects and planners everyday in my profession, as well as through historic review and zoning work, it is becoming clear that the important elements of design that Alexander recognizes as imperative to successful communities are taking a back seat to housing requirements, commercial struggles and city limitations.

One of the books in the trilogy, “A Pattern Language” is still available, and I immediately ordered a copy, thinking it would be a quick and fascinating read. I realized when I opened the two inch thick book that it would be fascinating but not quick.

The authors cover 253 “patterns”, or qualities that should be considered in designing a home, a neighborhood or a city, all laid out in short illustrated chapters, that cover everything from the most attractive roof line to what would make someone want to dance in the street.

Consider Pattern 187, the Marriage Bed. He suggests tucking the bed into an alcove, rather than letting it float, unmoored and unprotected in the bedroom.

“It is crucial that the couple choose the right time to build the bed, and not buy one at the drop of a hat.” he wrote. “It is unlikely the bed can have the right feeling until the couple has weathered some hard times together, and there is some depth to their experience.”

Or Pattern 190, Ceiling Height Variety: “A building in which all ceiling heights are the same is virtually incapable of making people feel comfortable.”

It had been my intention to finish the book before writing about Alexander and his approach to design and architecture, but I soon realized I was too enthusiastic about this book to not share it right away.

It might take me until next winter to read and absorb all 253 of his insightful “Patterns”. Unfortunately, however, it may take even longer to convince many architects and planners of the critical importance each Pattern plays in every individual’s life, and the contributions they make to the comfort and satisfaction we all feel when we are in a space that incorporates them.

Patricia Cove is Principal of Architectural Interiors and Design in Chestnut Hill, and Chairs the Historic District Advisory Committee of the Chestnut Hill Conservancy.