Councilmember Cindy Bass scored a big win in her standoff with Mayor Jim Kenney last week when she secured $10 million in additional funding for parks and recreation centers. 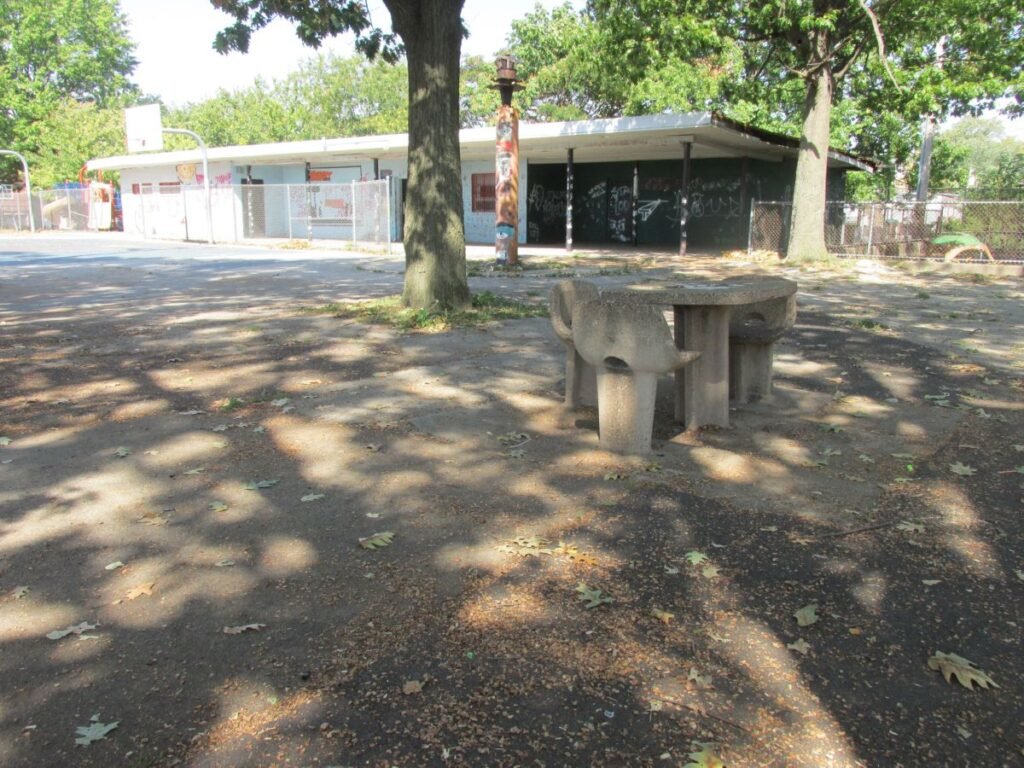 Barrett playground in Olney will be one of the beneficiaries of additional funding now being directed toward the 8th District.
Posted Wednesday, June 29, 2022 5:35 pm
by Tom Beck

Bass, who had long been complaining about her district’s share of Kenney’s $425 million signature initiative to invest in city parks, recreation centers and libraries, used her power as chair of the Parks, Recreation and Cultural Affairs Committee to threaten a temporary halt to the program by refusing to hold a vote on a required spending resolution.

According to Bass spokesperson Sherylle Linton Jones, Bass did not get more Rebuild funding, but did extract a promise from City Council President Darrell Clarke that her district will get an additional $10 million in capital funds. The money will go toward Barrett Playground in Olney and the Jerome Brown Community Center in Nicetown.

“I thank Council President Clarke for his leadership and support, as well as my Council colleagues, many of whom stepped up to acknowledge this obvious disparity in funding and voiced their support,” Bass said in a statement last week.

Bass’ Northwest Philadelphia district is slated to get $31 million through the Rebuild initiative, which is much less than the nearly $60 million that some other parts of the city will receive.

So when Rebuild staff came before her committee with their Project Statement, which needed to be approved by City Council before spending could continue, Bass refused to allow the resolution to be voted on by the committee.

That meant all spending on current projects would come to a halt at the start of the next fiscal year, which begins on July 1. The Rebuild program, which is aimed at restoring the city’s communal areas such as recreation centers, libraries and community centers, is funded by the city’s soda tax.

Then Clarke gave Bass what she wanted, and last week, during her June 21 committee meeting, Bass agreed to allow the vote.

She also took the time to press Kira Strong, Rebuild's executive director, for details about what went into the decision-making process for how to distribute the $425 million across each of the city’s 10 councilmanic districts.

Strong, who said they prioritized neighborhoods that had the greatest need, told Bass that she “can absolutely find the ranking of the data” for how the funding was allocated.

“I do feel certain I can likely find those data points,” Strong said in her testimony. “I'm happy to share what I can find.”

Bass called her district’s portion of the funds, which puts hers behind most of the city’s other districts, an “obvious disparity in funding” that wasn’t on par with other communities in need. Councilmember Kenyatta Johnson’s district, for instance, is receiving closer to $60 million in Rebuild funding.

During the same committee meeting, Councilmember Maria Quiñones-Sánchez, who represents the 7th Councilmanic District, reminded Strong that the city is spending $300 million on a new park in Penn's Landing and making a $150 million investment in FDR Park.

“And then we're only spending $400 million for every other park in the city,” she said. “We don't blink at the $300 million - and all of us want to see that park there because we know it's a game changer for downtown…but we need that same sense of urgency for those smaller pocket parks.”

For many communities, “that is their Six Flags,” Quiñones-Sánchez said. “That is their Dorney Park.”

Seven of the 72 recreational sites that are being funded through Rebuild are located in the 8th District, including the West Oak Lane Library, and Vernon Park and Happy Hollow Recreation Center in Germantown.