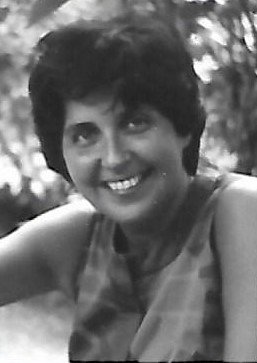 Betty Sherman was born Betty Ruth Katz in Philadelphia on August 28, 1932.  Her parents, Martha and Saul Katz, were career Philadelphia public-school teachers.  Graduating first in her class from the Philadelphia High School for Girls in 1950, she received a scholarship to the Philadelphia College of Art.  She left the College after one term and married former next-door neighbor and Harvard Law School graduate Gilbert M. Cantor.  Betty took painting classes, studied art philosophy at the Barnes Foundation, and taught art at the Miquon elementary school in Conshohocken 1966-69 while raising her two sons.

Enrolling in the Tyler School of Art in the early 1970s, she received her bachelor of fine arts degree in 1974.  She taught at Miquon again 1974-75.  She served on the Board of Trustees of Chestnut Hill Academy (now Springside Chestnut Hill Academy, SCH), which her sons attended, 1971-74.

After her twenty-five-year marriage to Gil Cantor ended, Betty married candy manufacturer (Zitner’s Chocolates) Arthur Sherman in 1979.  From 1975 to 1984, she worked as middle-school art teacher at the Springside School (also now SCH), retiring as Art Department chair.  While teaching at Springside, Betty obtained a grant to study visual literacy, introducing the subject to fellow teachers and receiving coverage in The Chestnut Hill Local.  She was a beloved teacher, students remembering her fondly decades after she retired.

Betty and Arthur were married for thirty-nine years, until Arthur’s death at 93 in 2018.  Betty and Arthur supported many community and nonprofit organizations.  Betty served on the board of Young Playwrights Theater and volunteered at Hospice.  She supported Responsible Policies for Animals since its founding.

Known for her sunny disposition, Betty was a source of good cheer, encouragement, and sympathy to many.  She was perennially smitten with small children, movies, and New York theater.  Living most of her adult life in Chestnut Hill, Betty spent her final years at Cathedral Village, in Andorra.

Betty’s paintings and prints adorn many friends’ and family members’ homes, but she did not promote her oeuvre during her lifetime.  Today, her art is for sale at The Little Gallery in Chestnut Hill.  Betty is survived by sons David and Paul Cantor, daughters-in-law Elizabeth Holt and Julie Cantor, granddaughters Sarah Capraro and Alison Cantor, and great-grandson Adrian Francis Capraro.

Betty did not wish to have a service or memorial.  Memories can be sent to dcantor@rpa1.org to be shared with Betty’s family.