In 2018 Rush Kress started doing monthly installments of Bible-toons. Soon they will also be available in Spanish. 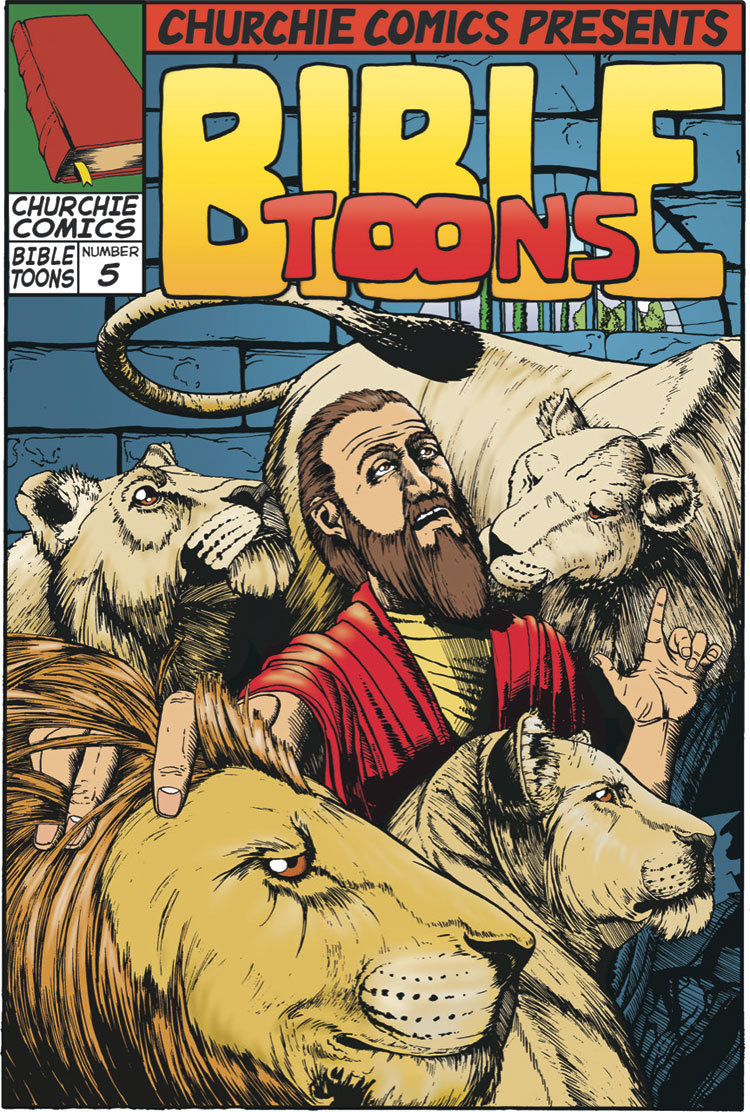 This cover, “Daniel in the Lions’ Den,” is typical of one of Rush's creative “Bible-toons.” 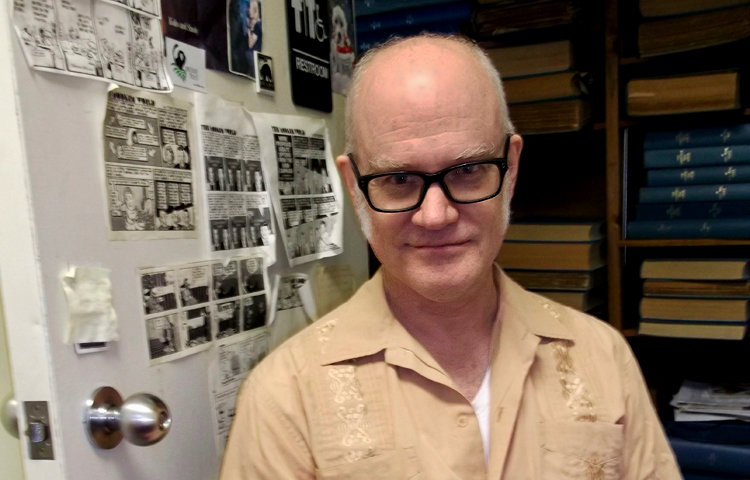 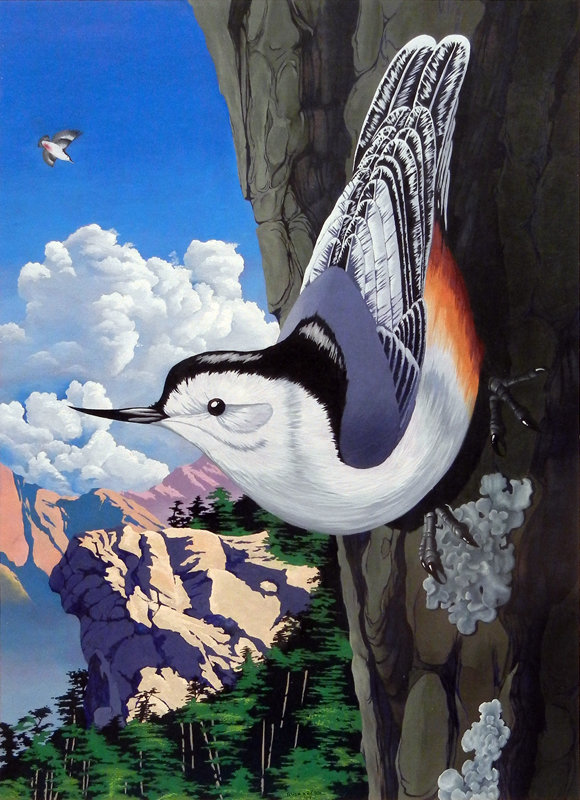 In addition to his Biblical cartoons, Rush is a brilliant painter of birds, as you can see from his realistic depiction of this nuthatch.
Previous Next
Posted Friday, July 23, 2021 9:00 am
by Len Lear

When I was a kid, I collected comic books, and I recall seeing an ad in them saying something like “Cartooning made simple. Learn how to draw like a professional. More information at (mailing address).”

Although I read comic books often as a child, especially Captain Marvel, I was never enticed by these ads since I could not even draw good stick figures. But one man who did answer a similar ad and actually wound up as a brilliant comic book artist was Chestnut Hill resident Rush Kress.

Kress, 52, is a native of New York City who went to college at the University of Arizona, majoring in art, music and drama. After graduation, Kress played in a rock band for a year and then happened to get a brochure in the mail for the Joe Kubert School of Cartooning & Graphic Illustration in Dover, New Jersey (near New York City).

So Rush packed up his van and drove from Arizona to New York, where he lived while attending the Kubert School, which had about 300 students, and graduated in 2000. “I found my calling there,” Rush said. “I was the second oldest student in the school. We had courses like basic drawing, narrative art and figure drawing. It is a three-year school, and I finished the three years.”

Rush then got a job with a small graphic design firm in New York and stayed there for many years. Then he moved back to Tucson for two years, after which Rush and his companion, Helen Kim, moved to the Philadelphia area in 2017 to be close to Kim's sister, who lives on the Main Line and whose husband is the pastor of the oldest Methodist church in the U.S. (St. George's United Methodist Church at 4th and New Streets in Old City, is 252 years old.)

Kress worked at St. George's Church as the building manager. (“I even hung a door by myself.”) Kim, a professional cello player, got a job as a fundraiser at St. Paul's Episcopal Church in Chestnut Hill, so the couple moved to Chestnut Hill two years ago, and Rush did graphic arts at St. Paul's before the pandemic. The youth pastor there, Anthony Corella, suggested that Rush use his superb cartooning talent to create a Bible comic book.

“That planted the idea,” said Rush. “I was struck on the road to Damascus. It was a thunderbolt of inspiration. So I did a three-page comic for St. Paul's and geared it to 12- and 13-year-olds and started 'Churchie Comics.'” (Rush still has a box full of his favorite comics from decades ago — Silver Surfer, Moon Night, Spiderman and other Marvel Comics.)

In 2018 Rush started doing monthly installments of Bible-toons ((the name he gives to his individual cartoons). Each month his subscribers get a Bible-toon consisting of four pages in their Inbox for $100 a year. They can print out as many as they want. Soon they will also be available in Spanish. The idea is that children are not really prepared to understand or appreciate the Elizabethan prose of the King James Bible, which was written 410 years ago. Rush does the artwork with some squares drawn by former fellow students at the Kubert School. A writing partner, Jesse Karp, creates the text.

According to Father Joseph Wolyniak, pastor, Christ Church in Denver, “'Bible-toons' serve as a visio divina [divine vision], allowing youth (and the young at heart) to not just read but immerse themselves in the Biblical story.”

“Comics are an easy and accessible way to take in the Bible's stories and parables,” Rush insists. “Bible-toons are not just for kids. Classics Illustrated, for example [started in 1941], is an American comic book/magazine series featuring adaptations of literary classics such as Les Misérables, Moby-Dick, Hamlet and The Iliad.”

In addition to his artistic talents, Rush is a skillful self-taught ukulele player since the age of 30. For seven years he played in Ukemen, a trio of uke players who performed in bars with a tiki atmosphere, such as Otto's Shrunken Head Tiki Bar in Long Island. In fact, Rush and Kim have played (possibly unique) cello/ukulele duos. Rush has also played solo at Mermaid Inn in Chestnut Hill, and he is working part-time in the Local's production department..

For more information, visit churchiecomics.com. Len Lear can be reached at lenlear@chestnuthilllocal.com