The Rev. Robert Polk, a 94-year-old resident of the Cathedral Village Retirement Community in upper Roxborough, said there were almost no other Black residents when he moved there 20 years ago. 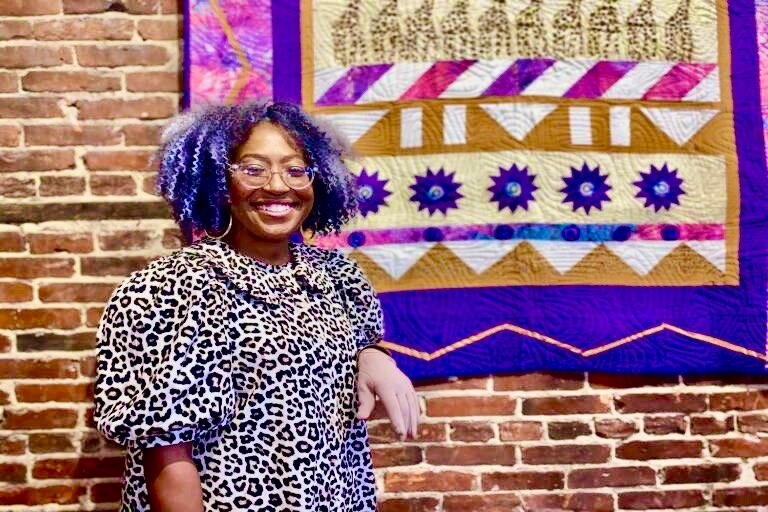 Renata Merrill, whose work will be on display, began quilting 10 years ago after doctors discovered a tumor in her left eye. She said she began to lose her sight and picked up the hobby as a way to strengthen her eyes and cope with the changes she was experiencing. 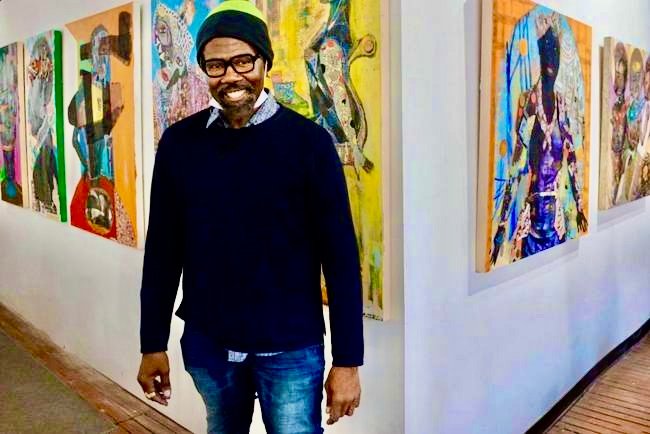 Artist Mikel Elam, whose work will be on display, said, “My images are from an imaginary world which reflects and contrasts real world ideals … Hundreds of years, millions of events passed on from generation to generation wreaking havoc on mind, body and spirit.”
Picasa
Previous Next
Posted Thursday, September 22, 2022 12:00 am
by Len Lear

The Rev. Robert Polk, a 94-year-old resident of the Cathedral Village Retirement Community in upper Roxborough, told the Local last week that there were almost no other Black residents when he moved there 20 years ago.

One thing he has done in hopes of changing that was to found the annual Black Arts Festival seven years ago. This year's festival will take place From Sept. 23 to 25 on the retirement facility's huge, sprawling campus at 600 E. Cathedral Rd.

According to Rev. Polk and two other longtime residents we spoke to last week, there are about 250 units in Cathedral Village and fewer than 10 Black residents. Some did  move in after the festival last year, and they believe the festival had something to do with that.

“There are remnants of racial segregation everywhere in this country, with only modest interaction of the races,” said Rev. Polk, who was a minister to an all-white congregation in an all-white small town in North Dakota at the start of his ministry. “In spite of all the integration we see on TV, we still live apart in real life. We do not fraternize.

“There are good people here at Cathedral Village and many other places but who have not been exposed to Black culture,” he continued. “We are trying to bridge that gap. Before the Black Arts Festival, there were all white artists and music here at Cathedral Village. Remember, this place is in Roxborough-Rizzo territory. But last year we had 40 to 50 Blacks in the concert audience out of about 225 people overall.”

In an earlier interview, Rev. Polk told the Local that both his parents migrated to Chicago from the south.

“They wanted to leave a South with all of its Jim Crow segregation, lynchings and unemployment for what they thought would be a place of dignity and respect for the Negro,” he said. “They found that living and working at menial jobs in the north were not the hoped-for panacea. My folks experienced so much racism and class injustice that their hearts were hardened when it came to the people who they felt were the source of so much pain in their lives.”

Dennis Brunn, 78, chairperson of this year's festival and a lifelong Mt. Airy resident until moving into Cathedral Village, said he’s proud of the fact that their festival is unique among senior residences in this region.

“We hope that others will be inspired in the future to celebrate Black artists, writers and musicians on a regular basis,” he said.

Rev. Richard Fernandez, who was former director of the Northwest Interfaith Movement before moving into Cathedral Village, said he took note when The New York Times wrote seven years ago that Black artists were just then getting their work into major museums.

“We let the spirit move us,” he said. “We need more opportunities to be exposed to Black culture.”

This year's jazz performances will take place outdoors Saturday, Sept. 24, with all musicians from Northwest Philadelphia: the Jack Saint Clair Orchestra from noon to 2 p.m. and the Tony Williams Quartet from 2:30 to 4:30 p.m.

Some of the other events will be:

To be able to put on the festival, Presbyterian Senior Living contributed $7000. The festival committee raised $2000 to $3000 with ads. The $10 admission fee to the concert raised about $2250, and Cathedral Village residents gave about $4500. Rothe Florists in Mt. Airy donated flowers.

For more information, call 215-487-1300 or visit presbyterianseniorliving.org. Len Lear can be reached at lenlear@chestnuthilllocal.com