Somewhere between the third and sixth grade, Mt. Airy resident Nancy Agati decided she might like to be an artist one day. 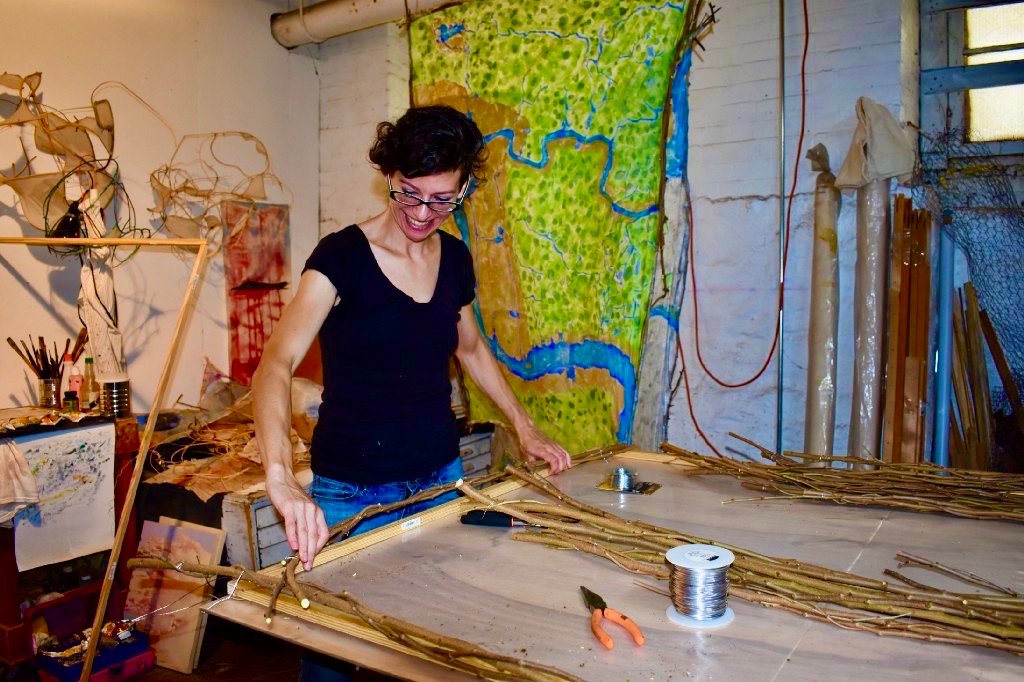 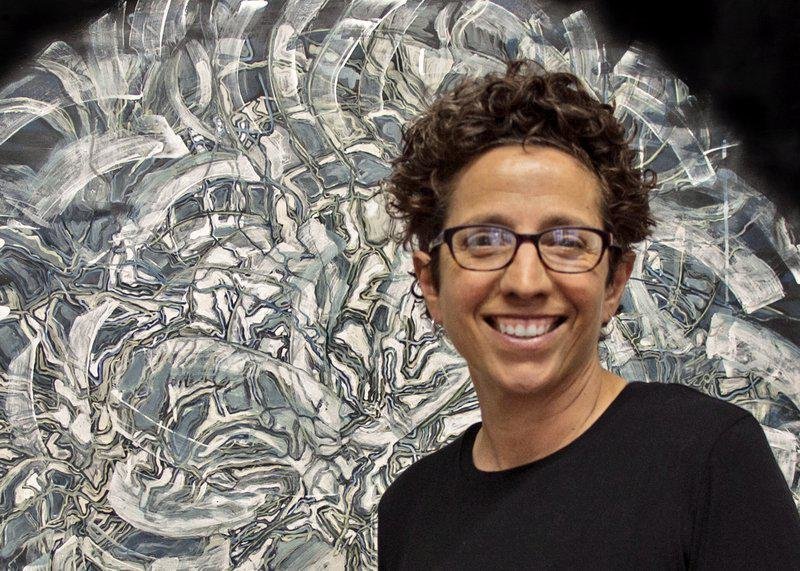 An exhibit by Mt. Airy cancer survivor Nancy Agati was canceled at Allens Lane Art Center during the height of the pandemic, but now the artist is back with her nature-inspired work.
Previous Next
Posted Thursday, November 24, 2022 12:00 am
by Rita Charleston

Somewhere between the third and sixth grade, Mt. Airy resident Nancy Agati decided she might like to be an artist one day. The only trouble was, she had no idea what that actually meant.

“Looking back, I don't think you really understand what it means to be an artist until you go to art school,” she said. “It's an ever unfolding process.”

Today, her work is being shown alongside pieces by papermaking artist Nicole Donnelly at an exhibit titled “Suspended in Nature” at Allens Lane Art Center in West Mt. Airy.

Vita Litvak, Allens Lane executive director, said she brought the two artists together for because they had some interesting parallels.

“In addition to both of them being inspired by nature, they also have a keen sense of observation and a masterful approach to manipulating organic materials,” Litvak said. “Agati's paintings in ink derived from her garden and sculptures found from natural materials ... Donnelly's paper pulp paintings and sculptures that utilize invasive vines and reconfigured pulp paintings ... mirrors her environmental focus.”

Originally from Syracuse, N.Y., Agati received her bachelor’s degree in fine arts from Alfred University's School of Art and Design in New York before moving to Philadelphia in the 1980s. “A friend of mine was living here and had an extra bedroom,” she said, “and since I wanted to live in a big city to make my art, I chose to move here.”

While here, Agati took on some other life-changing projects. She earned her master’s degree in fine arts from the University of the Arts, got married, began raising a family and finally happily settled down in Mt. Airy.

Agati's first solo exhibit was at Allens Lane Art Center in 2000. The show, entitled "Terra Toma," was her visual response to having and surviving cancer. The exhibit traveled to an exhibition at a gallery in Chicago in 2001, thanks to a grant from The Leeway Foundation.

“Having and beating cancer was the most difficult thing on so many levels that I have ever done,” Agati said.

Agati proceeded to spend a decade teaching art to others while trying to gain recognition for herself. She still teaches part-time at several schools in the area. And with many awards and accolades to her credit and an active studio in Mt. Airy, she continues to exhibit her work both locally and nationally.

“My favorite medium is paper because it's my go-to, my comfort zone,” she said, “and my favorite subject matter is nature, most specifically water and the movement of water. That has been a recurring theme in much of my work.”

While Nicole Donnelly, who grew up in Northeast Philly, is also fascinated with nature and its effect on her art, she began trying to combine the two when she was just five years old.

“One of my aunts was a seamstress, and as she worked, little bits of material would fall on the floor. I would gather them up, glue them to a piece of paper and make my own works of art,” Donnelly said.

When she was older, she enrolled in an oil painting class and knew she had found her mission. Starting out at Bennington College in Vermont, where she received her bachelor’s degree in visual arts and Japanese language, she went on to the University of Iowa to work on her master’s degree in fine arts, specializing in painting and drawing.

“In order to properly express myself I would draw on the walls,” Donnelly recalled. “One day a teacher walked in and told me I couldn't keep doing that. My problem was I couldn't find paper big enough to express what I wanted to express. But she told me of a professor who could teach me how to make my own paper in any size to fit whatever I wanted to draw.”

After graduation, Donnelly moved back to Philadelphia and in 2013, established a studio of her own, the Paper THINK Tank in Kensington, which offers classes and workshops on papermaking.

“I still love drawing and painting, but most of my time is spent making paper, manipulating it from start to finish, and then using it to create unique works of art,” said Donnelly, who also teaches papermaking at Pennsylvania Academy of the Fine Arts, - University of the Arts and is the collaborative papermaker for the academy’s Brodsky Center.

The  inspiration for her work, Donnelly explained, comes from what she sees every day. “For example,” she said, “the Wissahickon is very beautiful and full of imagery, and with nature being one of my favorite subjects, it fits in quite nicely at times with what I'm creating. All my materials come from nature. I harvest invasive plants that are crowding out our native plants and turn them into the paper I work with. This makes it all work together.”

For more information, visit allenslane.org. Rita Charleston is a freelance writer on the community theater/arts scene who has been contributing to the Local for 20 years.