When Dona Dalton received her BFA in sculpture from Philadelphia College of Art (now University of the Arts) in the late 1960s, she did what most artists do. She got a job she hated. 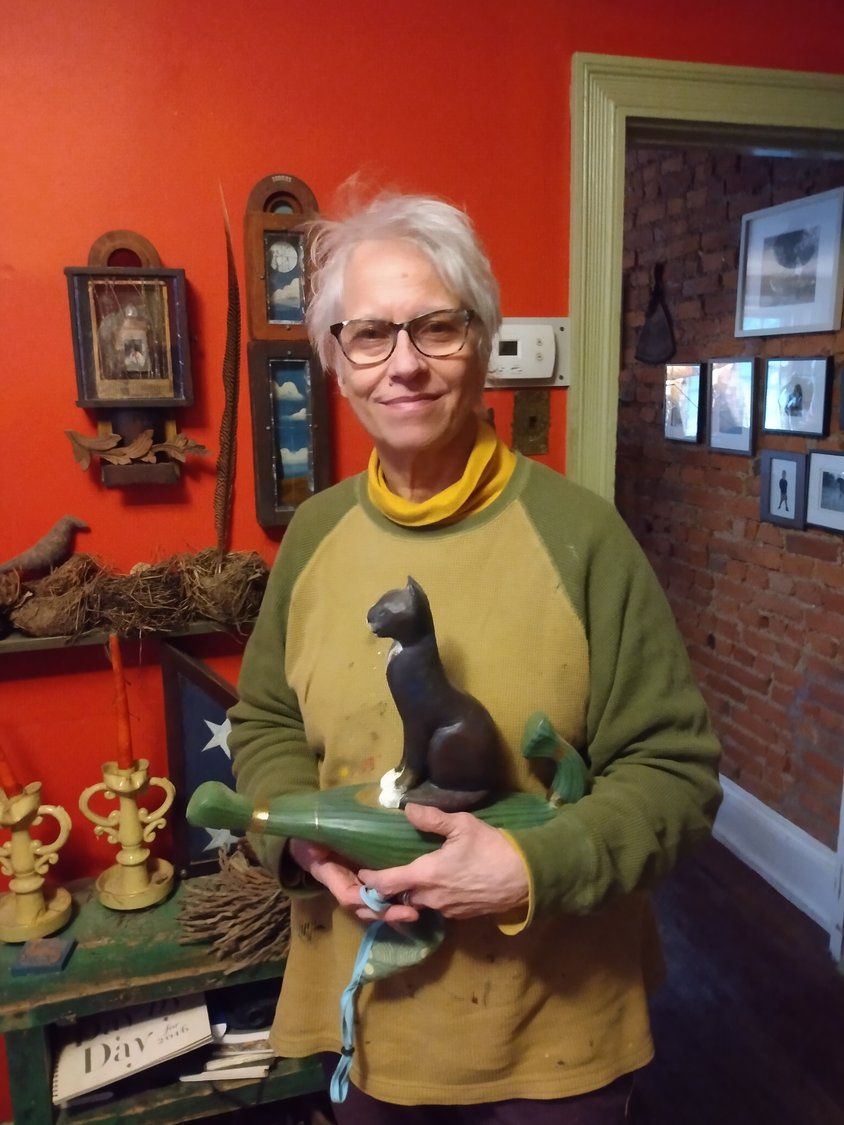 Dalton’s work is treasured by collectors, including an area resident who owns over one hundred of her wooden creatures.
S. Friedman 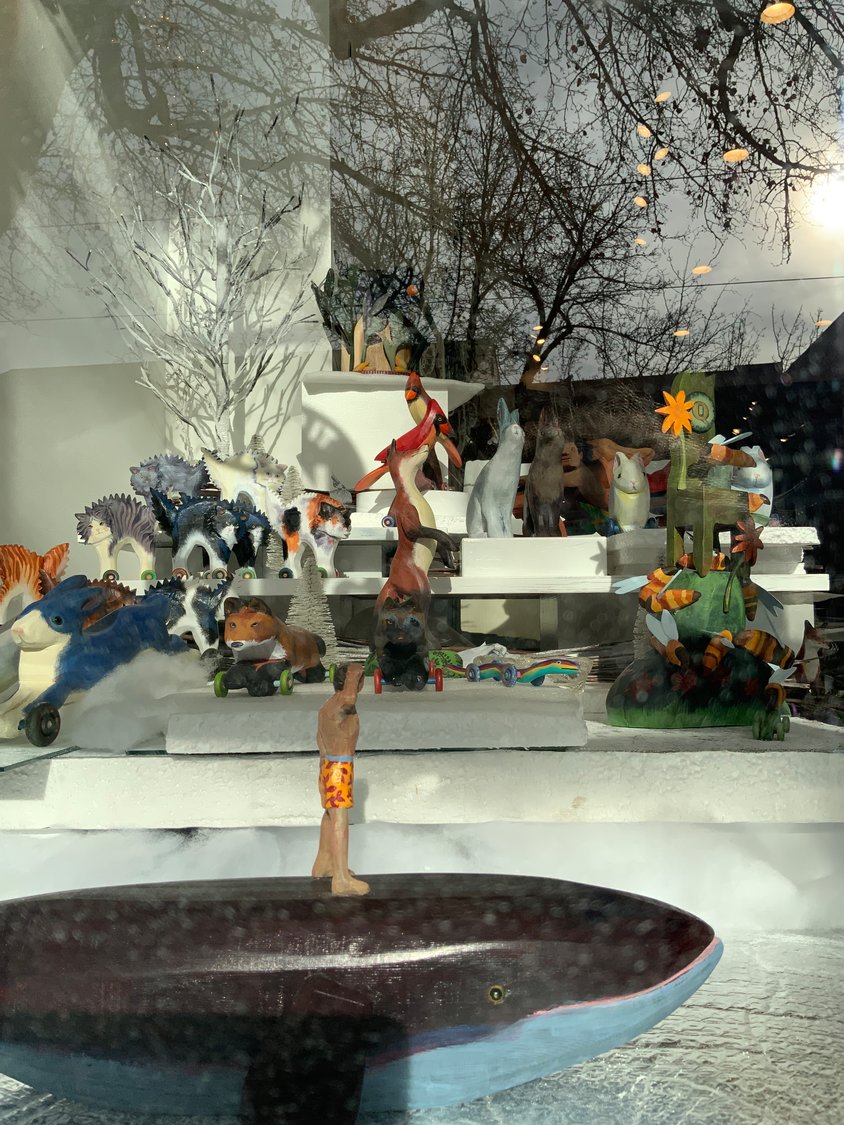 Dalton’s sculptures are no longer considered toys, but are collectible fine art.
Previous Next
Posted Friday, December 24, 2021 6:00 am
by Stacia Friedman

Dona Dalton did not intend to make toys. When she received her BFA in sculpture from Philadelphia College of Art (now University of the Arts) in the late 1960s, she did what most artists do. She got a job she hated.

“I worked at a welfare office,” said Dalton. “I was miserable. On my own time, I made wooden toys and sold them on weekends at Headhouse Square’s crafts market on Second Street.”

At the time, Dalton’s toys were flat, two-dimensional shapes. What made them interesting was her choice of subjects. Rather than the usual bunnies or trucks, Dalton drew upon her fascination with Egyptian cosmology. This included the kind of exotic figures associated with hieroglyphics on ancient tombs. Each figure, no more than ten inches in height, stood on tiny wheels. Even then, there was something about Dalton’s toys that appealed to adults.

“Parents loved them too much to give them to children,” she said. “I have a strong attachment to the old toys and objects I had as a child, and it comes out now in my love of animals and mythology. I used to take my baby daughter, who is now forty-seven, with me to the craft shows and she would sleep in a little basket under the table.”

It wasn’t long before Dalton’s work was discovered at the craft show by a buyer for a children’s shop on Manhattan’s Upper East Side called Chocolate Soup. That is when she geared up production for the wholesale market and quit her day job which, by then, was working in the bakery that made the famous carrot and cheesecakes for Frog Commissary Catering.

“I started showing my work at wholesale craft shows. My first one was at the Valley Forge Convention Center,” she said. By that point, she needed an assistant to keep up with orders. It was around this time that Dalton moved from a Center City apartment to a house in Germantown.

“When I moved here in 1971, my neighbors were older families and there was a cat lady down the block,” said Dalton. Fifty years later, Dalton is in the same three-story house.

“I have a studio on the third floor for painting and do my carving in the basement,” she said, wearing the kind of paint splattered sweater every artist has in their closet.

“Now younger families are on my block, including a gay couple with children. And there’s an artist next door,” she said. “Plus there are many more studio spaces for artists in Germantown now. It just gets better and better.”

The same can be said for Dalton’s sculptures which are no longer considered toys, but are collectible fine art. She credits the website Artfulhome.com with giving her national exposure and Gravers Lane Gallery with encouraging her to think outside the box.

“I owe a lot to Bruce at Gravers Lane Gallery. He gave me permission to grow,” said Dalton whose work is now featured in the Gallery’s holiday windows. This year, she created a twist on the song The Twelve Days of Christmas for the Gallery’s window. “There will be buzzing bees, slithering snakes, scaredy cats, whales, mermaids and an Imposter in a Pear Tree,” she said.

Dalton’s work is treasured by collectors, including an area resident who owns over one hundred of her wooden creatures. A cat lover – she is down from six to three felines in her home - one of Dalton’s most touching sculptures is a cat sitting on a boat. This theme reflects her lifetime passion for Egyptian mythology.

“Egyptians placed wooden funerary boats in graves to help transport the deceased in the afterlife,” she said. “My boats are about journeys to the afterlife or the next stage of life.” She also makes boats transporting wedding couples, a figure holding an infant, and a crescent moon.