As I sit here contemplating what I need to make for the Christmas Eve and Christmas Day dinners, I can’t help but wonder: what if I had some of it catered? 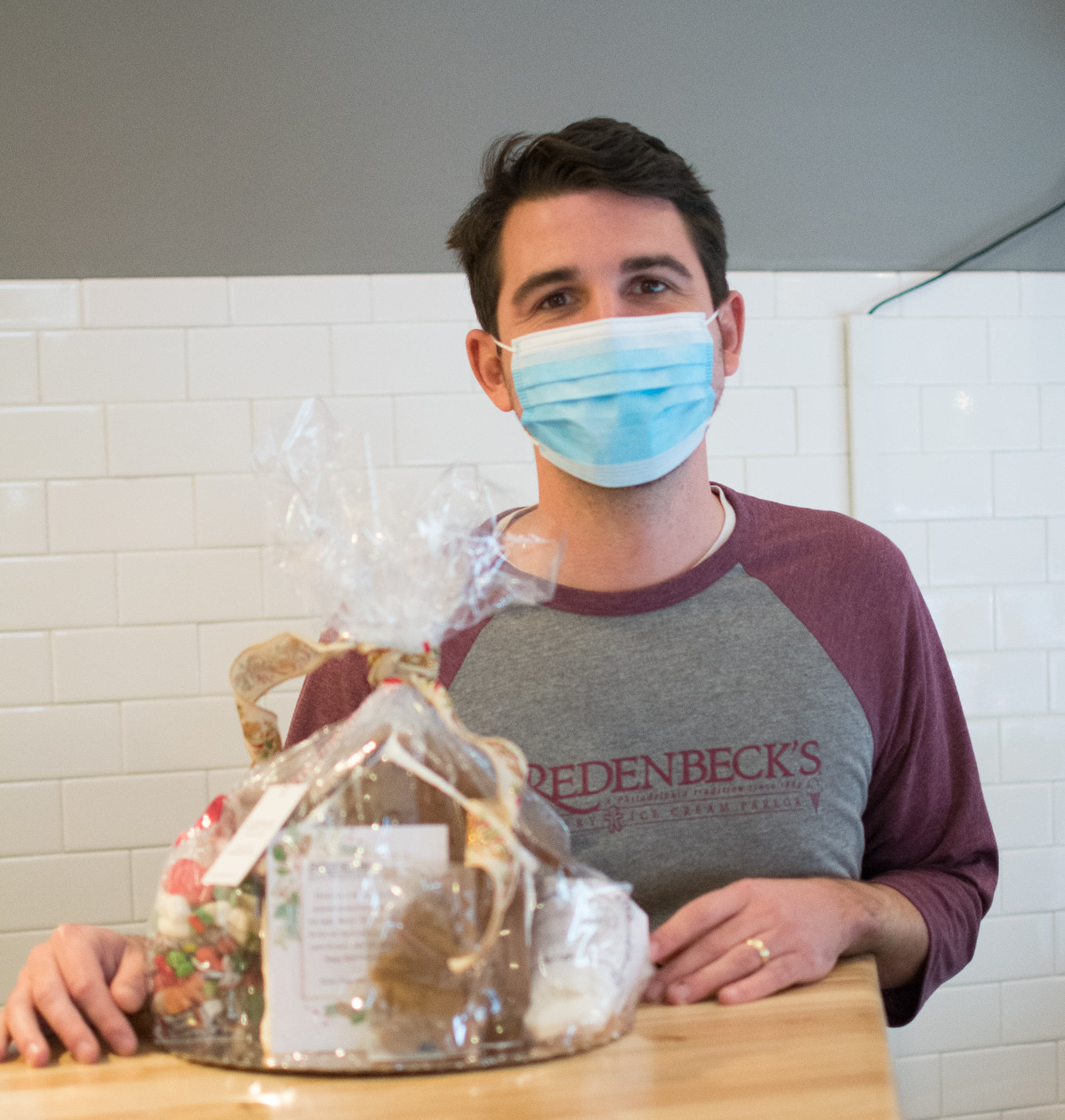 “Things have changed for everyone, but people still want the traditional foods that they revert back to.,” said Bredenbeck’s Bakery co-owner Jake Boyd.
Posted Wednesday, December 16, 2020 11:00 am
By April Lisante

As I sit here contemplating what I need to make for the Christmas Eve and Christmas Day dinners, I can’t help but wonder: what if I had some of it catered?

This is the first time ever that I will be home to cook both dinners for my husband, kids and mother - including the elaborate Christmas Eve Seven Fish food fest - and it would be great to support local food establishments and have a little professional assistance, so to speak.

Hillers are already way ahead of me.

Things are a lot different this holiday season, but local restaurants, stores and bakeries are still bustling to fill catered orders for those who have altered their holiday dinners but have no plans to give up on tradition.

While many are stuck at home and may not be hosting as many family members for dinner, that’s not stopping the holiday spirit, with orders flowing in for individual dinners, side dishes, pies and cakes to be picked up and then hand-delivered to loved ones.

Establishments that cater also report that while they may be preparing smaller orders instead of party buffets and dinners for large gatherings, many are still churning out almost the same amount of food as years past.

“Right now, our orders for German cookies and cookie trays are on par the same as 2019,” said Bredenbeck’s Bakery co-owner Jake Boyd. “Things have changed for everyone, but people still want the traditional foods that they revert back to.”

Bredenbeck’s, like many other local places I spoke with, are seeing a curious new trend emerge as the holiday season progresses. Locals are preordering foods to pick up and hand-deliver to loved ones. Many may not be able to be in the same room for dinner, but they plan to enjoy the same pies and dinners via Zoom on the holiday, so one person calls in the order for the whole extended family, then has it wrapped in separate packages.

Bredenbeck’s is selling gingerbread kits for $35.95 and $55.95 in lieu of the hands-on classes it offered last year at Stagecrafters Theater, for those who want to perhaps assemble it together on Zoom.

“At Thanksgiving, we saw people order eight-inch instead of ten-inch pies so they could drop them off to family,” Boyd said. “Now, the gingerbread kit has all of the fixings [to make the house] you just drop it off at a relative’s house and do it later on Zoom.

“Everything has changed,” Boyd said. “But we have been so fortunate to be considered comfort food.”

Mimi’s Café & Market is catering to the Zoom crowd big time this year. The café, which opened at the Top of the Hill this past fall, will be preparing dinners for one person or for several. Chef Carl Drake said the trend seems to be orders for smaller meal packages that get picked up and distributed to various members of the same family.

“I’m seeing people are ordering for say eight people, but they want it packed so they can bring it to family members who can’t go out [for the holiday],” Drake said.

Drake will feature a holiday dinner with choices of filet, turkey or ham, but he will also cater to the “Zoom cocktail party” crowd, who may want to order individual dinners, dinners for two, or hors d’oeuvres.

“I’m trying to put a package of orders together so two people can still have a party,” Drake said.

Karla Salinas, owner of Karla’s Kitchen in Flourtown, is used to providing Peruvian and specialty dinner items most nights of the year for those who don’t feel like cooking. This year, she is already taking orders at her Bethlehem Pike store for her signature holiday beef filet, scalloped potatoes, twice-baked potatoes and salmon. She says that while now it is a “small order for four or five people…when it used to be 30 to 60 or more,” people are still maintaining traditions.

Weavers Way typically doesn’t see a huge surge in orders for prepared foods for Christmas, but they do have a following for their annual prepared Hannukah dinner, and have been taking orders since early last week for packages of latkes, winter roasted veggies, beef brisket, or salmon or vegan options for $25 a person.

And for some restaurants, this is a holiday to try something completely new. Iron Hill will be offering packaged holiday meals this year, after testing out preordered dinners for four for the first time ever at Thanksgiving.

“We did preordered Thanksgiving meals which we’d never done before and we got a really big turnout for that,” said manager Kate Hallman. “People are not cooking for sixteen or twenty people and they are at home, but they still want to do something special.”