Northwest Philadelphia’s remarkable treasures of Modern architecture are being celebrated in late May at the annual DOCOMOMO-US conference, this year being held in Philadelphia. 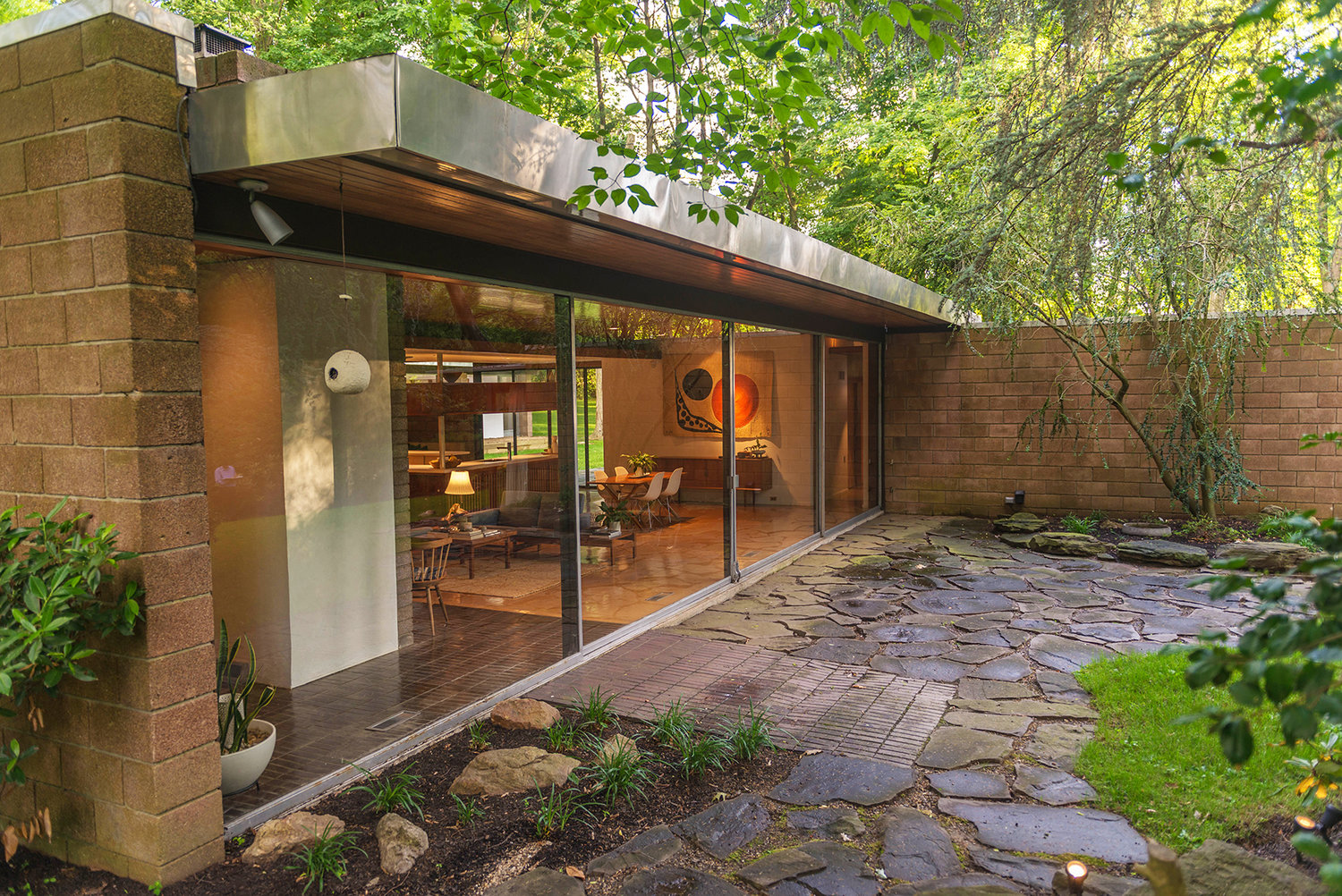 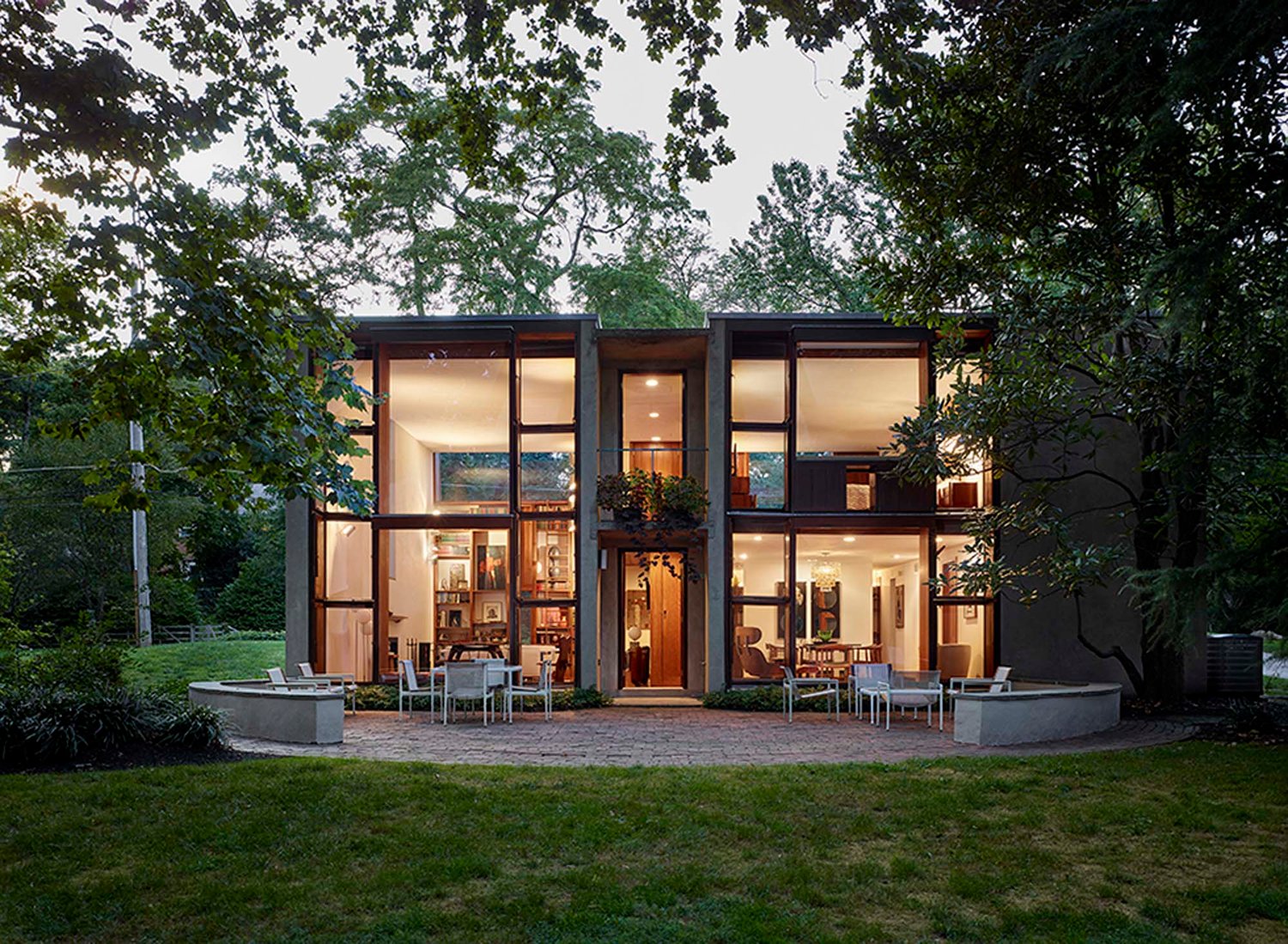 The park side of the Margaret Esherick House (1959-62) by Louis Kahn.
Photo by Jeffrey Totaro. 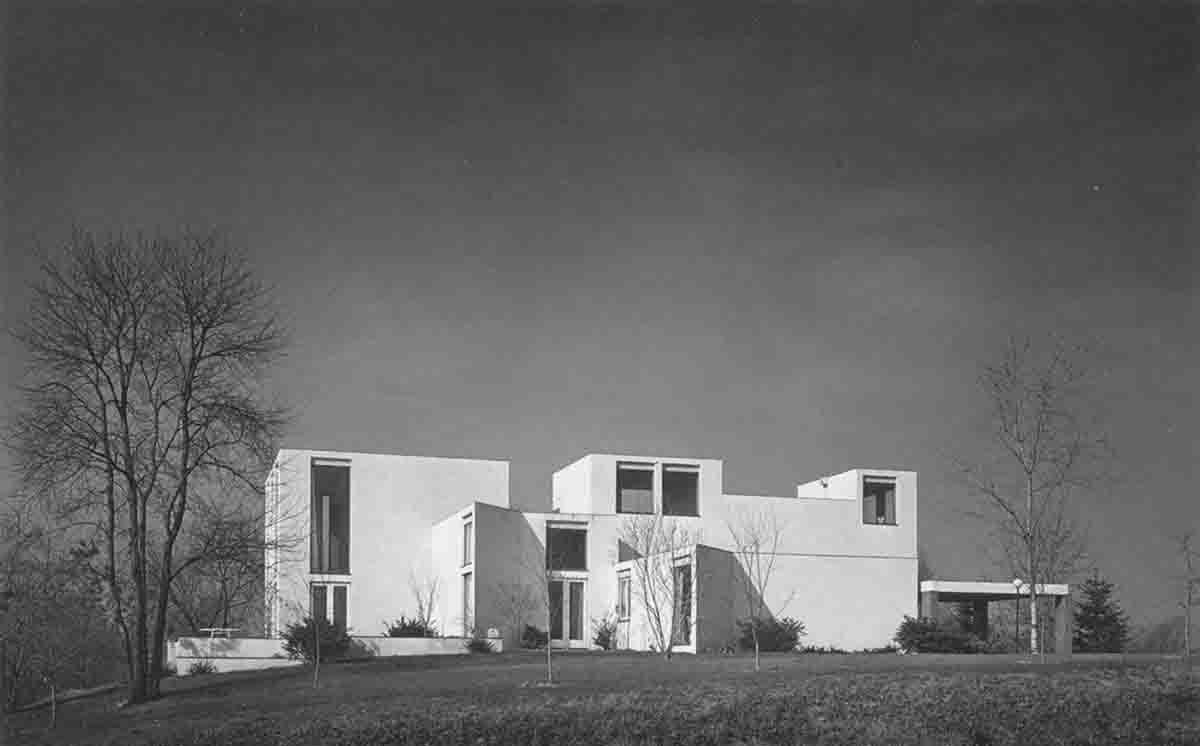 The Dorothy White House (1963) by Romaldo Giugola of Mitchell/Giurgola Architects (now MGA Partners). It is currently being restored after a period of neglect.
Photo courtesy of the University of Pennsylvania Architectural Archives. 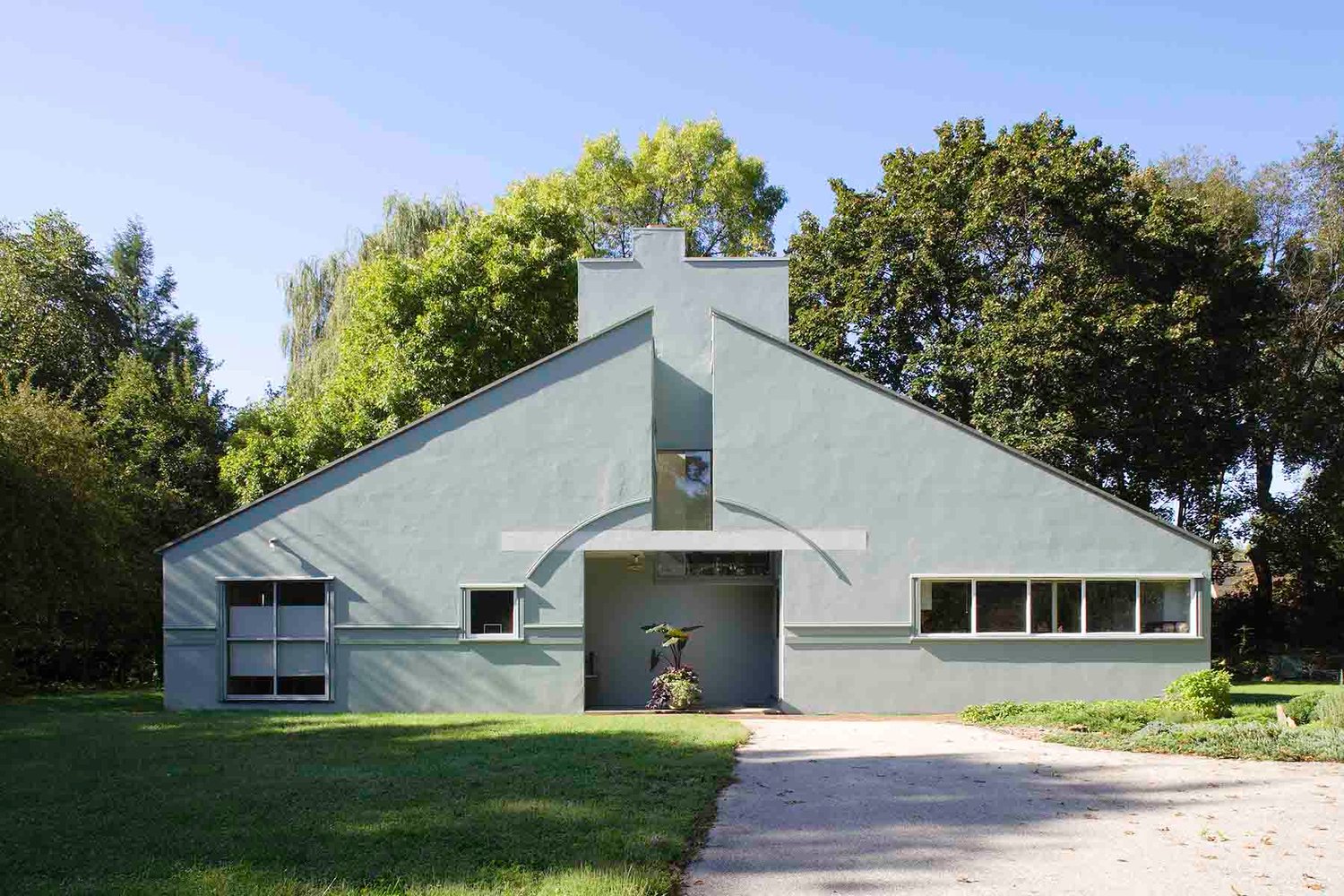 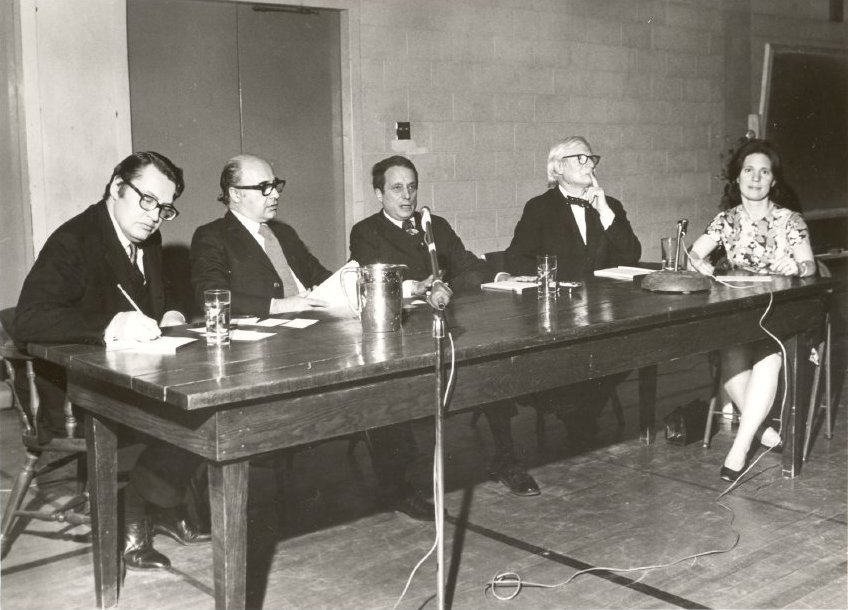 Northwest Philadelphia’s remarkable treasures of Modern architecture are being celebrated in late May at the annual DOCOMOMO-US conference, this year being held in Philadelphia. And you can participate.

Founded in 1988, the international nonprofit organization presenting this event is now based in Paris and focuses on the challenges of preserving and maintaining modern architecture and urbanism around the world. DOCOMOMO, (loosely) short for the International Committee for Documentation and Conservation of Buildings, Sites and Neighborhoods of the Modern Movement, now has chapters in more than 70 countries, including the U.S.

This conference, officially titled “Yo! Modernism: The View from Philadelphia,”   has been organized jointly with the organization’s Philadelphia chapter. It runs from Tues., May 31, through Sun. June 5, with lectures, panel discussions and tours held in various locations around our city and surrounding counties. Three of the tours feature important Modern buildings in the Northwest.

The conference opens on May 31 with an afternoon session at the Hassrick House in East Falls (1958), a rare example of Richard Neutra’s work on the East Coast.  The session includes a panel discussion by Modern restoration architects, a tour, and demonstrations of Modern conservation techniques.  Built originally for sculptor Kenneth Hassrick, the house was owned for decades by noted civil rights lawyer Henry Sawyer.  More recently it has been carefully restored and is now owned by Thomas Jefferson University as part of its expanding East Falls campus.

While many of the buildings toured during the conference were designed by excellent local architects, this is also a rare example of a house in the Northwest that was designed by an architect of international fame.  But the design and construction draw on local traditions, including cabinetry by George Nakashima and walls of Pennsylvania Bethayres salmon-colored concrete block.

A special highlight will be a visit - for the first time in decades – to Romaldo Giurgola’s Dorothy White House (1963), now undergoing careful restoration by preservation-minded owners after a period of neglect.  The saving of this house was a joint effort of neighbors, MGA Partners, and preservation organizations, led by the Chestnut Hill Conservancy, which worked closely with the previous owners.

Saturday, June 4, will offer “Hidden Gems: The Modern Houses of East Falls” to visit the Neutra’s Hassrick House and an additional group of other mid-20th century houses that were built for clients who wanted both proximity to Center City and close access to Wissahickon Valley Park.

Other tours will visit buildings in Center City, West Philadelphia, the Main Line and farther afield, including Chester County.

The term “Philadelphia School” refers to an informal group of Modern architects in the 1960s and later who were affiliated with the University of Pennsylvania. The group included Louis Kahn; the trio of husband and wife Robert Venturi and Denise Scott Brown with John Rauch (now VSBA Architects & Planners); and business partners Ehrman Mitchell and Romaldo Giurgola (now MGA Partners).   Many lived in the Northwest and sent their children to area schools.

For centuries, architects in Philadelphia have spoken with particularly distinctive voices through their designs. Frank Furness was of course our own genius of the eccentric Gothic Revival style in the 19th century. There is a trail that leads through teaching and apprenticeship from Frank Furness to George Howe to Oscar Stonorov to Louis Kahn to Robert Venturi and others in the Philadelphia School.

The architects of the Philadelphia School pushed their designs to evolve beyond what they perceived as the rigidity and sterility of the early International Style towards a more organic, contextual, and responsive form of Modernism. Their approach, echoed in the title of Robert Venturi’s polemical book, “Complexity and Contradiction in Architecture” (1967), came to be viewed as a form of regional Modernism that nevertheless influenced architects and designers around the world.

This conference is bringing enthusiasts from around the country and the world here to Philadelphia to celebrate the buildings in our neighborhoods.  To learn more about the conference, visit docomomo-us.org.  There is still time to register, although some of the tours are filling up.

If you miss that opportunity, the Chestnut Hill Conservancy and DOCOMOMO have updated a self-guided tour map of Modern landmarks in our area, titled “Mod on the Hill.”  Please check chconservancy.org for more information.