Wendy Weinstein credits the upsurge in going gray not just to the pandemic, but to it becoming a hot trend among people under 30. 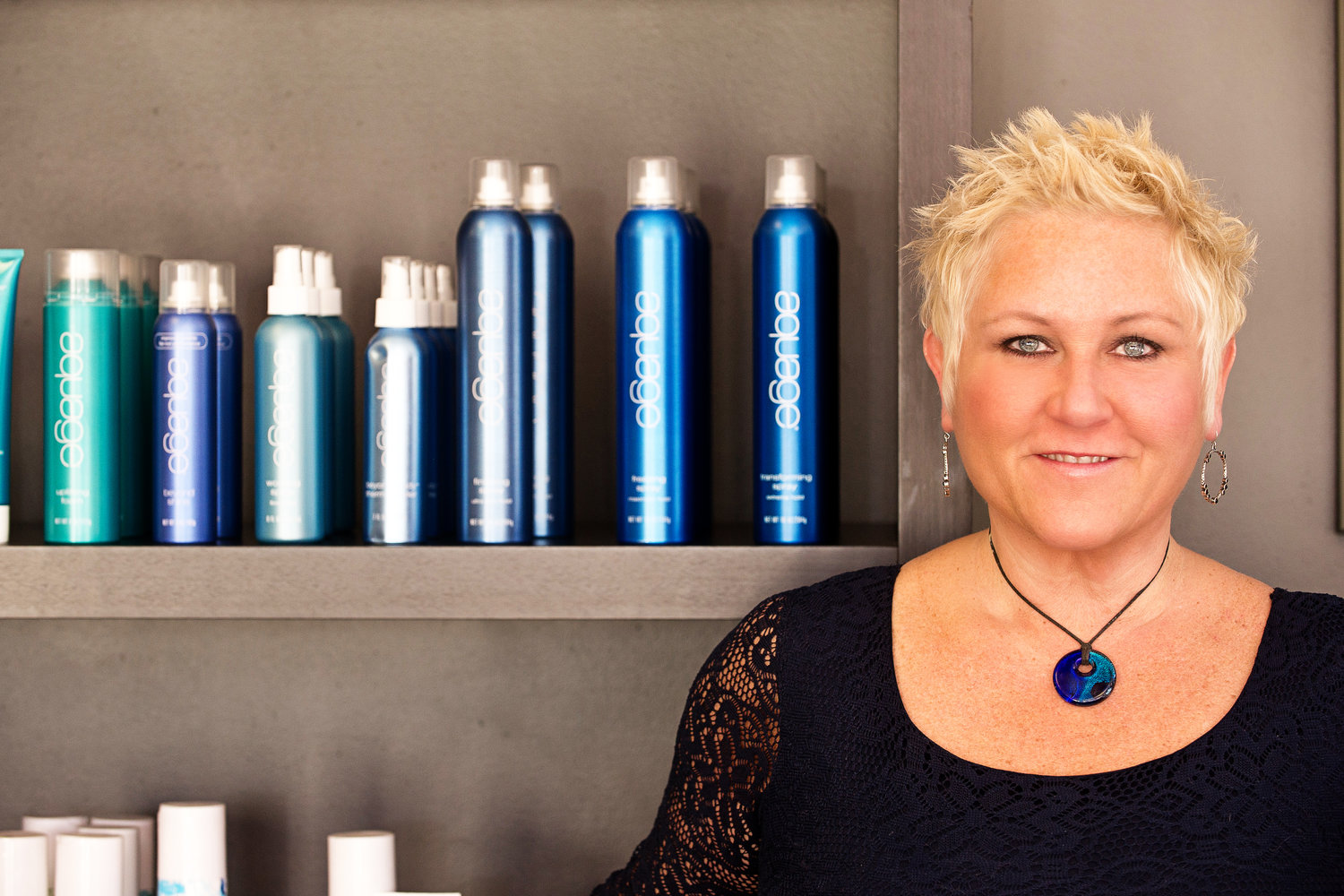 “Before COVID, I always thought gray hair made people look old,” she said. “But during the pandemic, so many people stopped coloring their hair - and they look beautiful.”

Weinstein credits the upsurge in going gray, not just to the pandemic, but to it becoming a hot trend among people under 30. Plus, it doesn’t hurt that celebrities, such as Kim Kardashian, Lady Gaga and Helen Mirren, recently traded in their blond hair for platinum locks.

Going gray doesn’t mean a loss of customers at Ground Zero, located on the corner of Germantown Avenue  and East Durham Street.

“Gray hair often comes with a change in texture and a loss of shine that requires upkeep,” Weinstein said. “It doesn’t grow in the same way for everyone. Some people have pure white hair that can benefit from a platinum toner. Others have a salt and pepper mix that they want to grow out. In that case, we use subtle highlights and tone down any brassiness. Others want dimension, so we do low lights, blending in a darker shade. My catch phrase is, ‘life is a chain reaction that begins with your hair.’”

According to Weinstein, the secret to restoring the shine in your hair can always be found in your kitchen. “Put mayonnaise or warm olive oil on your hair, cover it with a plastic bag and a hot towel,” she said.

For those who don’t want to smell like a salad, Ground Zero is happy to tackle the problem.

Weinstein’s background as an educator for Matrix, the professional hair color division of L’Oreal, enables her to help clients achieve their hair-color goals. “I taught hair color to Matrix stylists for twenty years. I also taught hundreds of other beauticians who worked in my salons,” she said.

Not all of her clients are happy with their pandemic gray hair. “I have a large clientele who have their hair colored,” Weinstein said.

Growing up in Northeast Philly, Weinstein cut hair for the first time when she took a pair of scissors to her mother’s treasured “fall” – a wig of long, lustrous black hair held in place by a headband. Her mother was not pleased.

“When I was 20, I enrolled in beauty school - much to my parent’s displeasure. They would’ve preferred law school,” said Weinstein, who has the rollicking patter of a standup comedian.

However, when she opened her first salon in Powelton Village in 1987, her parents not only supported her decision, but came to work for her.

“When he retired, Dad was my receptionist and my mother, who taught business education, became my bookkeeper.”

The one thing her parents questioned was her decision to change the name of the salon from Powelton Village Hair Salon to Ground Zero.

“It was located in a college neighborhood and I wanted a cool name that would appeal to students. That was 24 years before 9/11, after which people questioned the salon’s name. But I didn’t change it,” she said.

Weinstein kept the name for good reason. By 2011, she had opened salons in Manayunk, Conshohocken. and on South Street, plus franchising Ground Zero salons to five different owners with more than 100 employees.

“Keeping the salon’s original name was key in keeping clients who have followed me from all six locations for 35 years,” Weinstein said. Today, there are only two locations, in Mt. Airy and South Street.

“Erin was working previously at Spa Elysium before becoming one of my employees,” Weinstein said. “One day she called me and said I found a location in Mt. Airy and I want to be your partner.”

Community involvement has always been a priority to every Ground Zero location, including Mt. Airy.

“Three years ago, I bought the building where the salon is located and was invited to join the board of the Mt. Airy Business Improvement District (Mt. Airy BID),” Weinstein said. “At one of the first meetings I attended, I learned that the BID was contributing money to light up the trees on Germantown Avenue, but they needed more [money]. In February 2022, I created a fundraiser #GetMTAIRYLIT which will culminate in an event in October 2022.

“At this time, when people have become so disconnected from each other, I thought, what better way to bring people out to make a difference to the streetscape of a wonderful community?” she continued.

Fundraising is not new to Ground Zero. “Every five years since our 20th anniversary, we’ve thrown a celebration to bring the community together for some kind of fundraiser,” Weinstein said. Beneficiaries have included City of Hope, the Ronald McDonald Camp, Jefferson University Hospital’s Breast Cancer Center and Penn’s Shelter Health Outreach Program.

A breast cancer survivor, Weinstein is currently recuperating from a recent mastectomy and looks forward to returning to her salon in early July. “The hair industry is a huge family,” she said. “My clients and employees are my friends.”