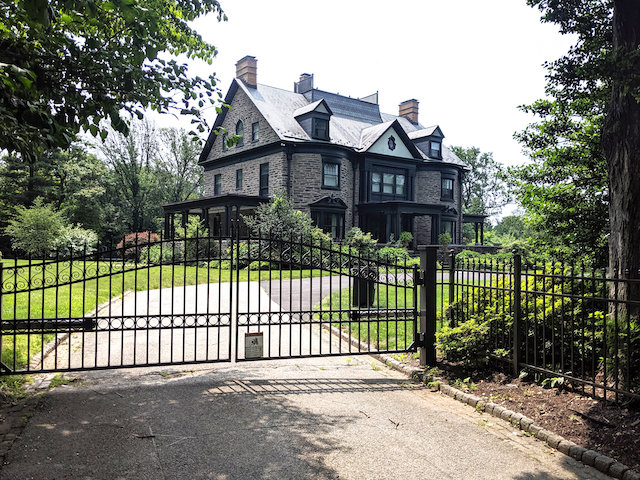 The future of the property at 124 W. Chestnut Hill Ave. remains uncertain after the space was subdivided into two separate lots earlier this month. Though a specific developer or purpose for the subdivision has yet to be identified, the Chestnut Hill Conservancy will be working to ensure that any new property constructed on either lot does not completely conflict with the surrounding neighborhood.

According to the Conservancy’s executive director, Lori Salganicoff, the organization is not inherently opposed to new construction on the lots, but will still be focusing on certain elements of a potential new property. Specifically, architecture, streetscape and environmental impact are the things that the group feels are most important in this case. The environmental impact is particularly important given the location’s close proximity to the Wissahickon Creek area.

Given that the current house on the property already fits the late-19th century character of the historic district, the conservancy is hoping that any new development ultimately conforms to that style as well.

“As with many houses in Chestnut Hill, the character of this house is that of a historic property,” Salganicoff said. “It has a generous amount of open space … I would love to see that maintained because it’s such an important part of the area.”

Though the homeowners at 124 W. have not pursued one, Salganicoff is also hoping to see an increase in property easements for the area. An easement allows the owner of a property to donate the development rights to a group like the conservancy while still maintaining legal ownership. She estimated that about 1,000 single-family homes in subdivided lots like the one at 124 W. could be eligible for an easement, and the conservancy sees this as an opportunity to further preserve the historic character of Chestnut Hill.

“As development interest has risen in Chestnut Hill, so has interest in these easements,” Salganicoff explained. “Property developers see the neighborhood character challenged by new development, which seems to have exploded recently. It’s really woken people up to the vulnerability of the community.”