Citing a need for more discussion, the Chestnut Hill Community Association board voted unanimously on Thursday to postpone a final vote on whether to recommend four of nine variance requests. 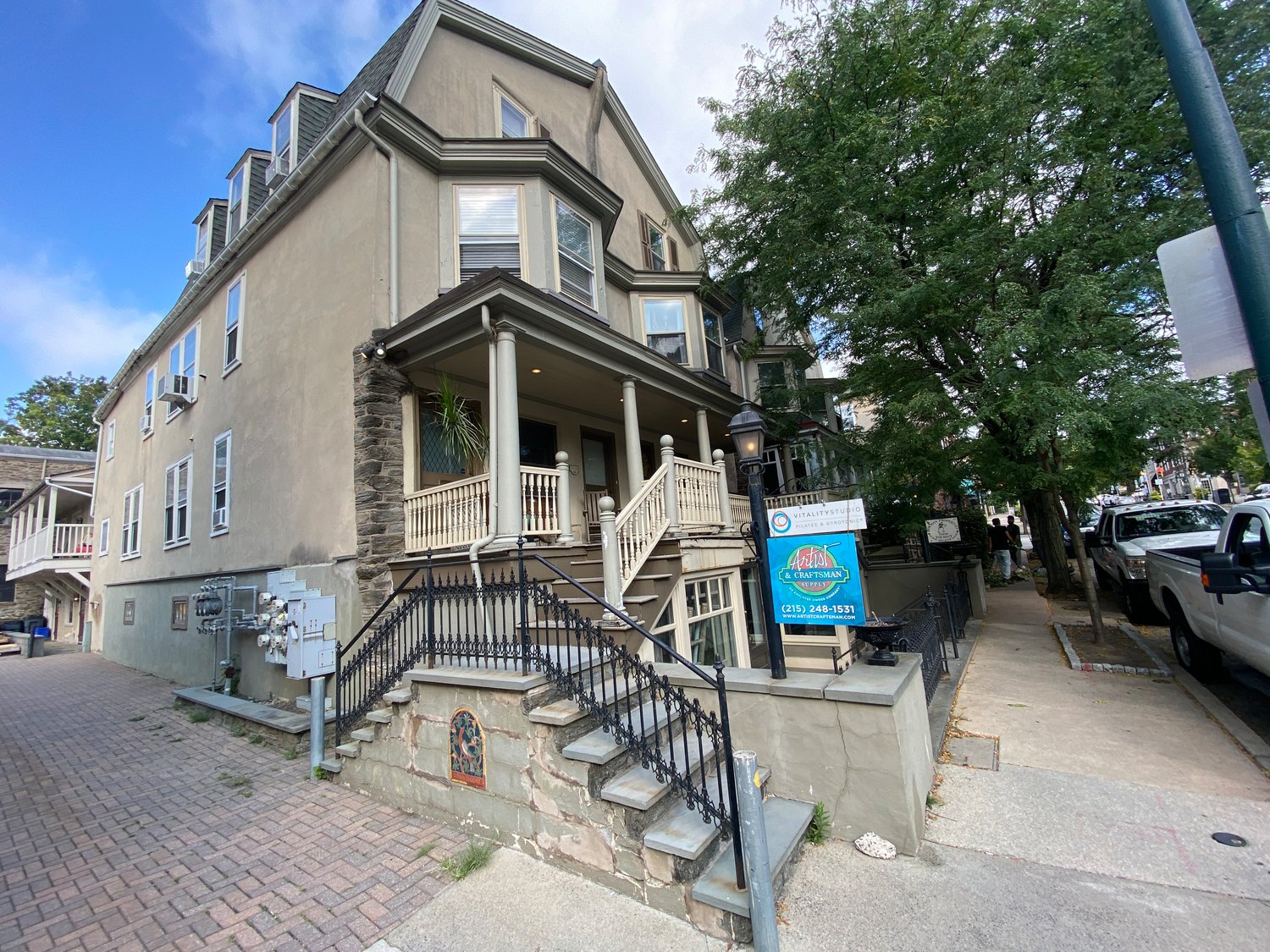 This porch-front building at 7928 Germantown Avenue, owned by Bowman Properties, is one of a number of buildings for which the company wants to convert some retail space over to residential use.
Photo by Tom Beck 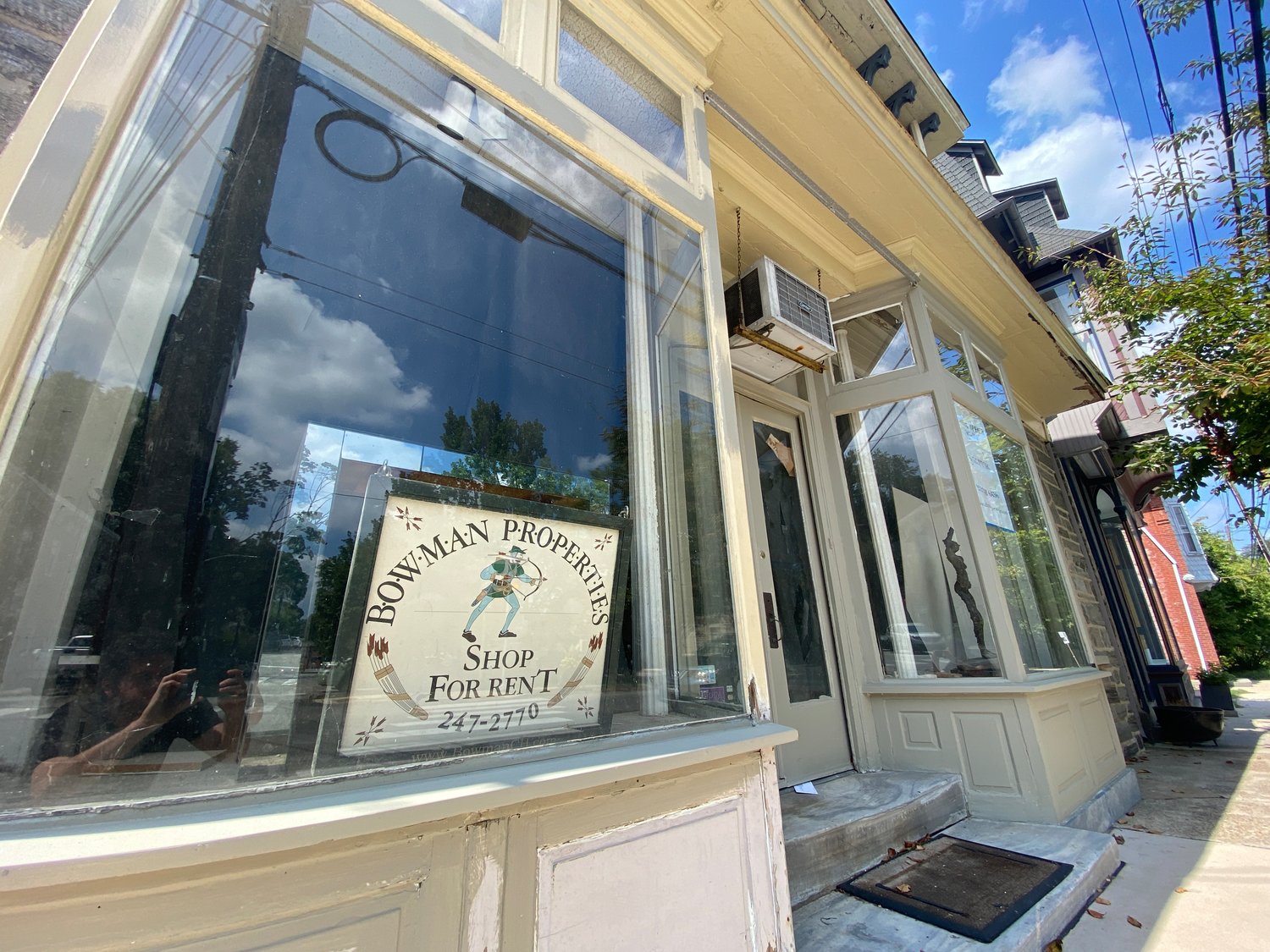 This storefront, which sits across the street from the Chestnut Hill East train station on Bethlehem Pike, is one of nine buildings for which Bowman Properties is seeking to shrink the amount of space set aside for retail use.
Photo by Tom Beck
Previous Next
Posted Wednesday, August 31, 2022 12:00 am
by Tom Beck

Citing a need for more discussion, the Chestnut Hill Community Association board voted unanimously on Thursday to postpone a final vote on whether to recommend four of the nine variance requests sought by Bowman Properties to cut some retail spaces roughly in half and convert the remainder over to residential use.

The vote leaves unresolved the question of whether Bowman will have support from the neighborhood’s chief civic association when the firm heads to the city’s zoning board next month.

The company, which is seeking to reduce the amount of space designated for retail in a total of nine properties, is scheduled to appear before the city’s Zoning Board of Adjustment on Sept. 20. While the zoning board does not always follow neighborhood recommendations, members do take those votes into consideration when making decisions.

The CHCA board, like the zoning committees that voted in the same matter before it, did not reject the four variances outright. Instead, members said they needed more discussion with Bowman owner Richard Snowden. And because the next CHCA board meeting isn’t scheduled until after the scheduled zoning board meeting, CHCA board president Kathi Clayton said she’d call a special board meeting beforehand for a final vote.

Because it is unusual to apply for nine variances at once, the board would need “additional time needed to resolve questions about the commercial tenancy potential,” said Larry McEwen, an architect and vice president of the community association's Physical Division.

“We recommend that these [four] properties' variance applications be continued until such time that the applicant can meet with the designated subcommittee of Chestnut Hill stakeholders to resolve their repair and future tenancy status,” McEwen said.

The board named an ad hoc subcommittee to meet with Snowden and his team to try and do just that. The subcommittee consists of Steven Gendler, Jason Friedland and Camille Peluso, all members of the board’s zoning subcommittee; Patricia Cove, who sits on the Historic District Advisory Committee; and CHCA board member Tony Banks.

At the meeting, Bowman owner Richard Snowden said he’s seeking the conversion because one of the biggest challenges retailers are now facing - especially the kind of “mom and pop” retailers that dominate the Chestnut Hill business corridor - is having to fill too much square footage.

“I've been in the business of handling Germantown Avenue real estate for roughly 40 years and most of our portfolio is small mom and pop shops,” Snowden said at the meeting. “We believe that for these particular properties, this is the best solution.”

In previous meetings, Snowden has said his requests are a “package deal,” meaning that he will convert all nine spaces or none at all - even if that results in some buildings sitting empty for years to come.

Of particular concern, board members say, is 8042 Germantown Avenue, which is the former site of the Under the Blue Moon restaurant.

Bowman is seeking to trim the retail space in that building, which sits on the corner of Germantown and Abington Avenues, by about a third – taking it from 3,075 square feet down to 2,050 square feet. The remaining space would be replaced with an apartment.

“You can't run a restaurant if you don't have that space” where the apartment would be, McEwen said.

The other three variance requests, if approved, would cut about 60% of existing retail space and result in smaller storefronts, ranging in size from 360 to 535 square feet. The remaining spaces at these locations would also be converted to residential use.

“I think the last thing we want to do is reward and prioritize apartments at the [expense] of the appearance and the potential vitality of [the commercial district],” said McEwen. “That’s our concern.”

At 18 Hilltop Road, a property off Germantown Avenue behind Cosimo’s Pizza Cafe, and 10 E. Hartwell Lane, Bowman seeks to eliminate retail space entirely. At 8622 and 8624-26 Germantown Avenue, which haven’t been used as commercial space for years despite being zoned for it, the variances would revise the official zoning designation to align with its long time residential use.

Bowman’s requested variance at 7928 Germantown Avenue, which sits next to the art store Artists & Craftsman Supply, would reduce the amount of retail space in that building by about half - from 2,110 square feet to 1,300.

Snowden told the Local that he is willing to work with the subcommittee.