The Chestnut Hill Community Association won a major legal battle on Tuesday in its attempt to stop construction of a five story, 33-unit apartment complex where the old Sunoco station used to sit on … 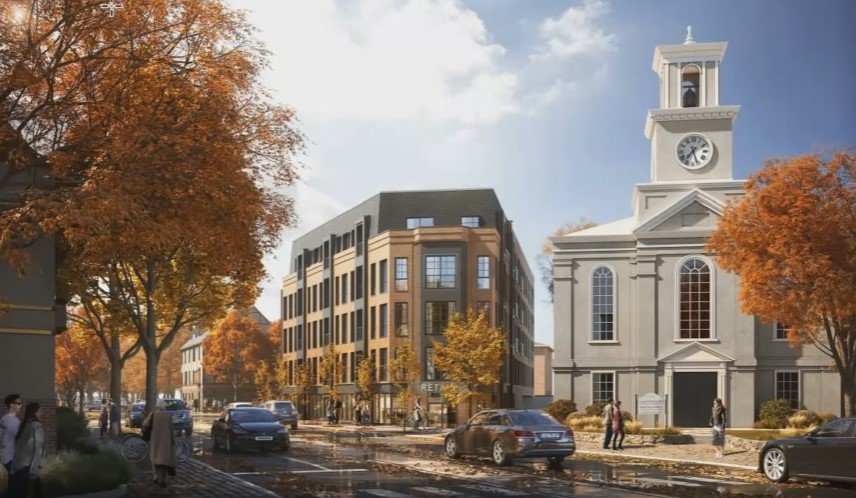 The Chestnut Hill Community Association won a major legal battle on Tuesday in its attempt to stop construction of a five story, 33-unit apartment complex where the old Sunoco station used to sit on Bethlehem Pike, right next to the Chestnut Hill Baptist Church.

The ruling, issued by Judge Ann Marie Coyle at the Philadelphia County Court of Common Pleas, found that the city had “violated multiple Philadelphia Zoning Code provisions” when it granted developers a building permit without requiring neighborhood input.

CHCA president Kathi Clayton said it seems as though all the neighborhood work and effort that went into fighting that project was worth it.

“I am so pleased we all supported each other in this effort, and that we share a win!” she said.

CHCA executive director Anne McNiff, who argued in December that the size of the proposed building would be detrimental to that area of the neighborhood, which is a gateway to Chestnut Hill, said on Thursday that she is thrilled.

“On behalf of the community, the CHCA is very pleased with the outcome of the appeal and appreciative of all the hard work and diligent research that went in making our case,” McNiff said in a statement to the Local.

In her ruling, Coyle wrote that the city’s Zoning Board of Adjustment was “substantively erroneous” when it issued a “by right” building permit to developer Frankel Enterprises, because it failed to take into account the fact that the corner lot has two street fronts, not one.

The zoning for the Sunoco parcel is CMX-2, a category that does allow for the kind of building proposed by the developers. But she wrote that since the zoning on the rest of Summit Street is predominately residential, a zoning category that requires any new building to have a 35-foot setback from the sidewalk any proposal to do otherwise on this parcel should have triggered an automatic refusal. The city code says that a building’s setback can’t be closer to the street than the setback of the largest percentage of the block’s properties.

That refusal would have triggered the process through which nearby residents have an opportunity to review the plans.

“If these clear abuses of agency discretion and erroneous application of existing laws remain unabated,” Coyle’s ruling reads, “irreparable harm to the surrounding community shall result especially to the adjacent historically designated Chestnut Hill Baptist Church and to the adjacent nearby single-family homes.”

The development team argued unsuccessfully that the parcel fronts just 10 Bethlehem Pike, and not Summit Street also. The CHCA successfully argued it fronted on both.

According to Coyle, the Philadelphia City Planning Commission “designated one of the Property’s street-facing frontages as a ‘primary front’ to Bethlehem Pike to purposefully exclude the Property’s existing frontage on Summit Street that had been subject to unambiguous Zoning Code restrictions.”

The development team’s attorney, Carl Primavera, said was surprised by the ruling given that at least three city agencies - the Zoning Board of Adjustments, Department of Licenses and Inspections and the Planning Commission - all approved the permit. He said he’s sure there will be an appeal.

Primavera, who noted that Coyle is “kind of new to zoning and land use,” said that she “imposed her own view” into her ruling, which is something he’ll have to argue before the appellate courts if he plans to appeal her decision.

The city declined to comment on the ruling via spokesperson Bruce Bohri.

Jeff Duncan, a neighbor who opposed the development, said he and his fellow neighbors are “thrilled with the judge’s order or decision in this case.”

“It’s really a vindication of the arguments that we’ve been making that this proposal didn’t comply with the zoning requirements,” he continued. “We’re pleased with the decision.”