Anyone who has ever owned a restaurant has probably felt at some point that someone was driving nails into their head. Working around the clock, including nights, weekends and holidays (when most … 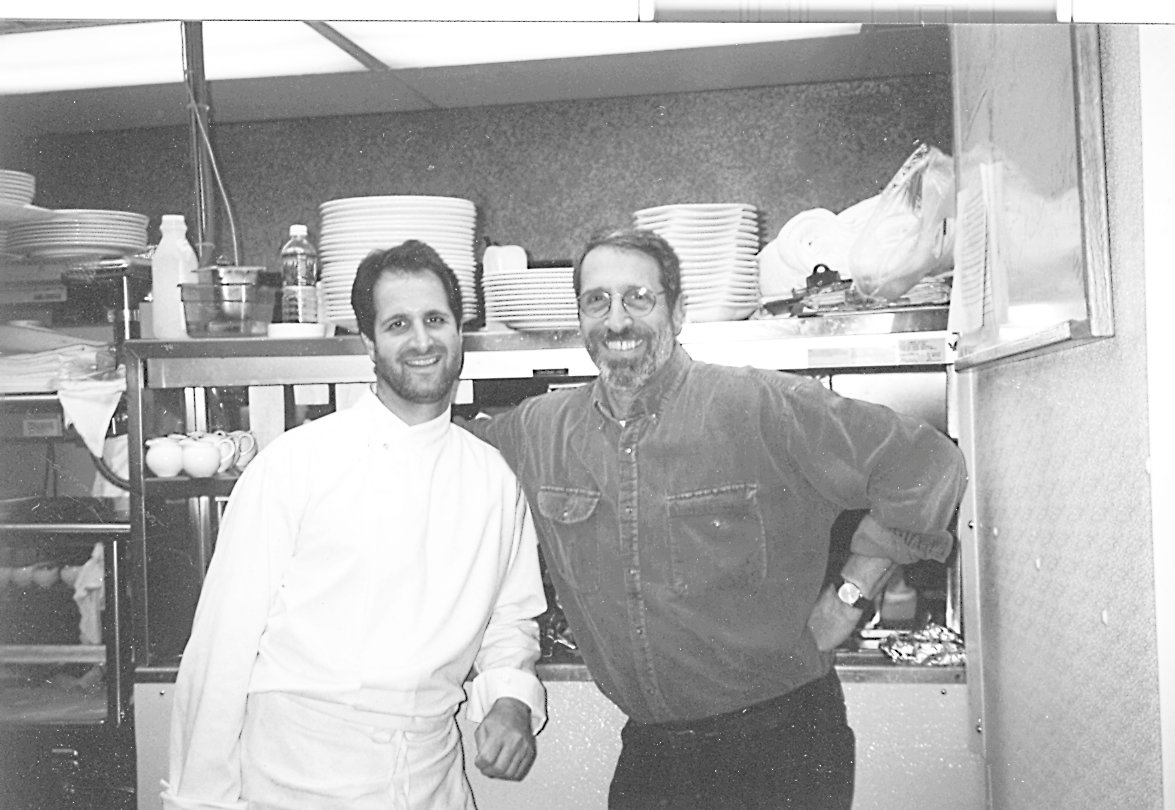 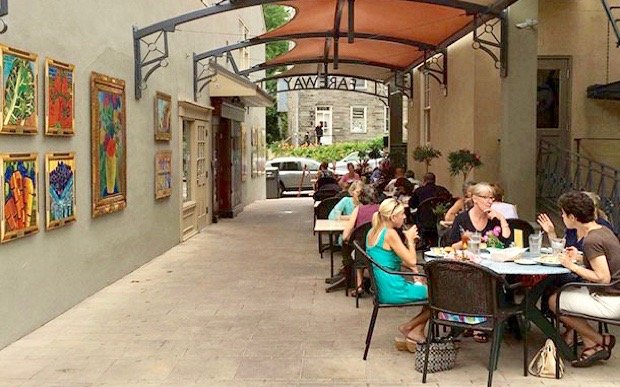 The Chestnut Grill & Sidewalk Cafe now has outdoor dining on the side of the building as well as on the front patio. 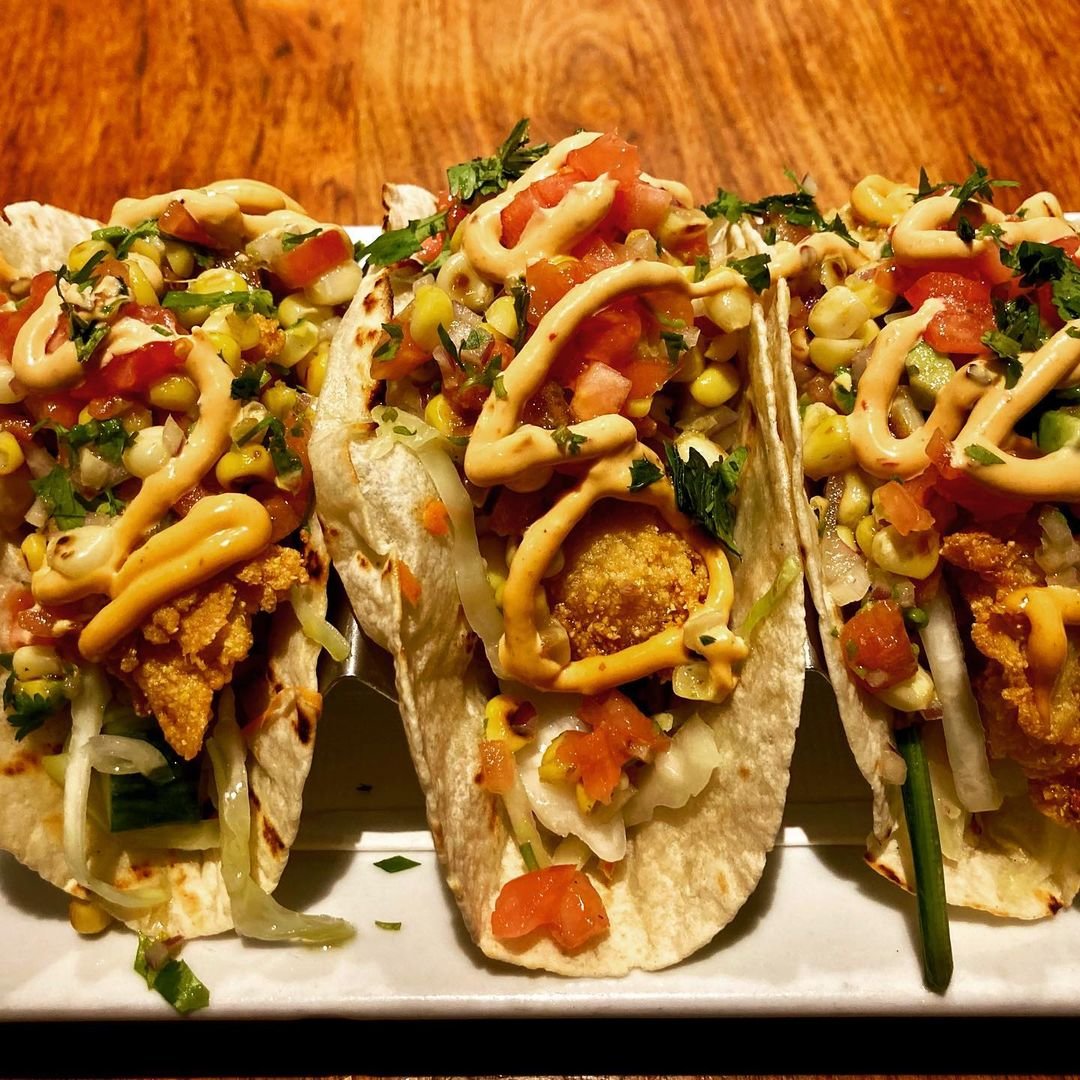 Fish tacos have always been one of the most popular items on the menu at the Chestnut Grill & Sidewalk Cafe.
Previous Next
Posted Thursday, February 3, 2022 12:00 am
by Len Lear

Anyone who has ever owned a restaurant has probably felt at some point that someone was driving nails into their head. Working around the clock, including nights, weekends and holidays (when most sensible people are off) with fingernail-thin margins, staff shortages, in extreme heat or cold, with every customer a critic on social media and fickle customers shifting alliances to the “new kid on the block.” Not to mention the pandemic.

So it is no surprise that even if you are missing a couple fingers, you could still count on one hand the number of restaurants in Chestnut Hill and Mt. Airy that have lasted 25 years. But Chestnut Grill & Sidewalk Cafe, a local landmark in front of the Chestnut Hill Hotel, is currently celebrating that milestone, having been opened in July of 1997 by partners Greg Welsh, John Arena and Pete Kelly.

Welsh and Arena bought out Kelly, who left after two years to open North by Northwest in Mt. Airy with a partner, Ronald Berg. Greg and John also opened Stella Notte, the old Pollo Rosso spot on the second floor of the Chestnut Hill Hotel, in 2000. It closed in 2005.

“If I’m not mistaken,” Welsh said last week,”Chestnut Grill is the longest running restaurant in Chestnut Hill whose owners do not own the property.”

Welsh, who was also President of the Chestnut Hill Business Association and founder of the now-defunct Chestnut Hill Book Festival, sold his share to Arena, who is also the chef, in 2018.

The sole owner for four years now, Arena graduated from Upper Dublin High School in Fort Washington in 1979 and Widener University in 1984 with a B.S. in Hotel and Restaurant Management. The Jenkintown resident worked after college for eight different restaurants in the Stouffer chain  from 1985 until 1997, when he helped open Chestnut Grill.

According to Arena, “We make 99 percent of our dishes from scratch, from our hand-pattied burgers to our hand-breaded coconut shrimp, Asian chicken noodle and Thai shrimp salads, catfish, house-made soups and desserts.”

Chestnut Grill can seat 70 people on two outdoor patios, one in front of the hotel and one on the side. “For the first year-and-a-half of the pandemic, people just wanted outside,”said Arena. “The outdoor dining has been fantastic. Most days there was a line waiting for us to open, and it would last all day and night. The last six months, people seem more comfortable coming inside.”

The beginning of the pandemic was very stressful, Arena said, since he had no idea how long the restaurant would be closed.

“But we took the opportunity to make improvements,” he said. “It's difficult to do them otherwise since we are open seven days a week.”

Because he had to take out a substantial loan to keep the restaurant open, Arena said, the Paycheck Protection Program (PPP) was critical.

“Once the PPP money came in, we were confident we'd make it through,” he said.

Staffing was a challenge - and still is, he said. But it’s gotten better.

“It was extremely busy with hardly any staff for about a year, but staffing has gotten much better lately,” he said. “We never had to close, but I chose to close to give the employees a break since they were working long hours due to staff shortages.”

Most customers probably never think about the personal sacrifices involved in running a restaurant. But Arena certainly does.

“I had a wife and three young children to support when we opened here,” said Arena. “I quit my corporate restaurant job of 12 years to open the Grill. I took out a second mortgage on the equity in my house and used whatever savings I had. I was 35. We ended up being three months behind. I ran out of money.”

It was hard to ask for help, he said. But he had to.

“My parents were not in agreement with what I did. I didn't want to ask my father for money, but I had a mortgage payment due and didn't have a penny,” Arena said. “I reluctantly called him and asked to borrow $5,000. There was a bit of silence, and then he wrote a contract for $5,000 plus six percent interest to be paid back in three years. I signed. And now we've been open for 25 years.”

More information at 215-247-7570 or chestnuthillgrill.com. Len Lear can be reached at lenlear@chestnuthilllocal.com