The Catholic school run by the Sisters of St. Joseph, located at the top of Chestnut Hill on Germantown Avenue, 30 percent of the 1,074 undergraduate students now enrolled identify as Black or African American. 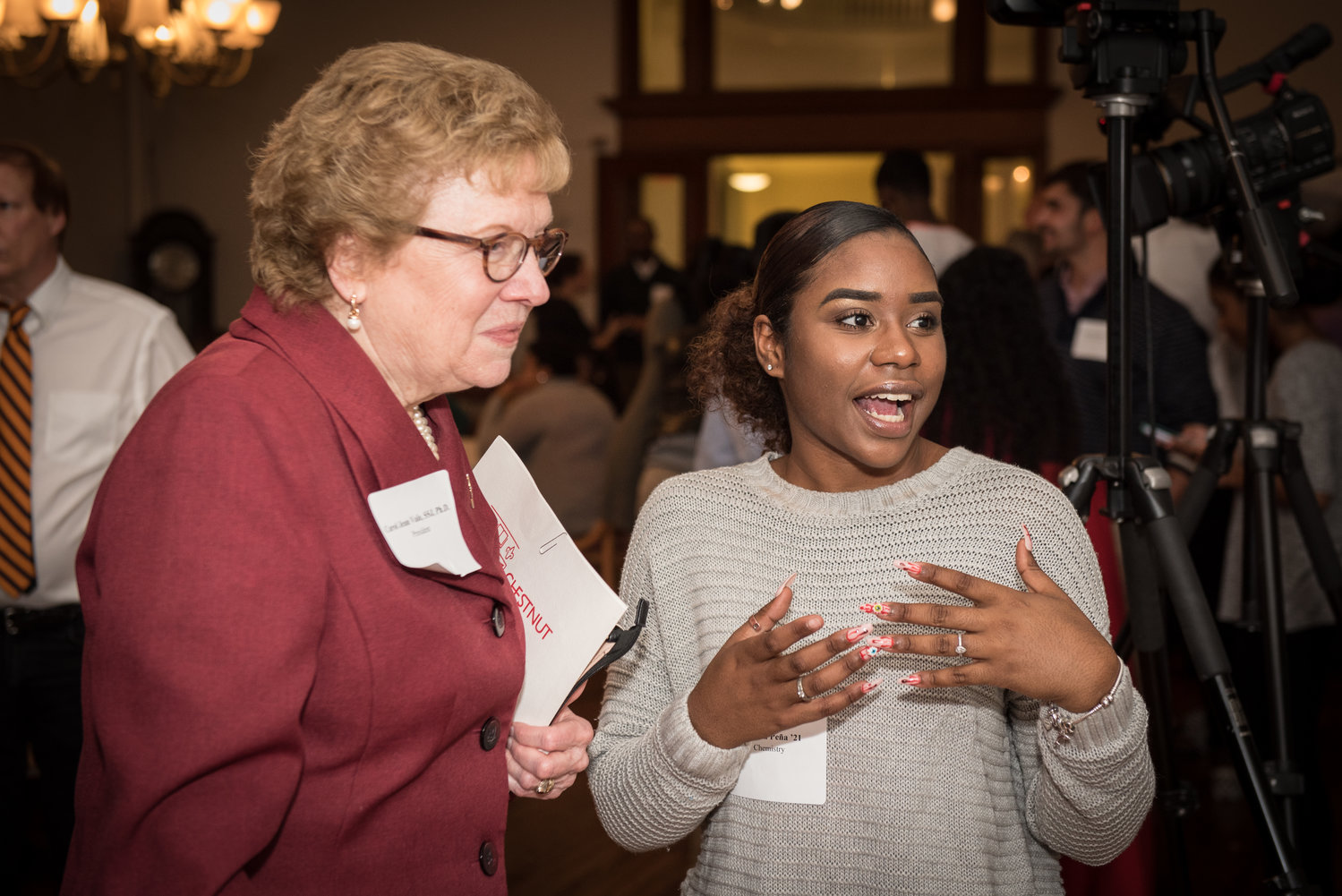 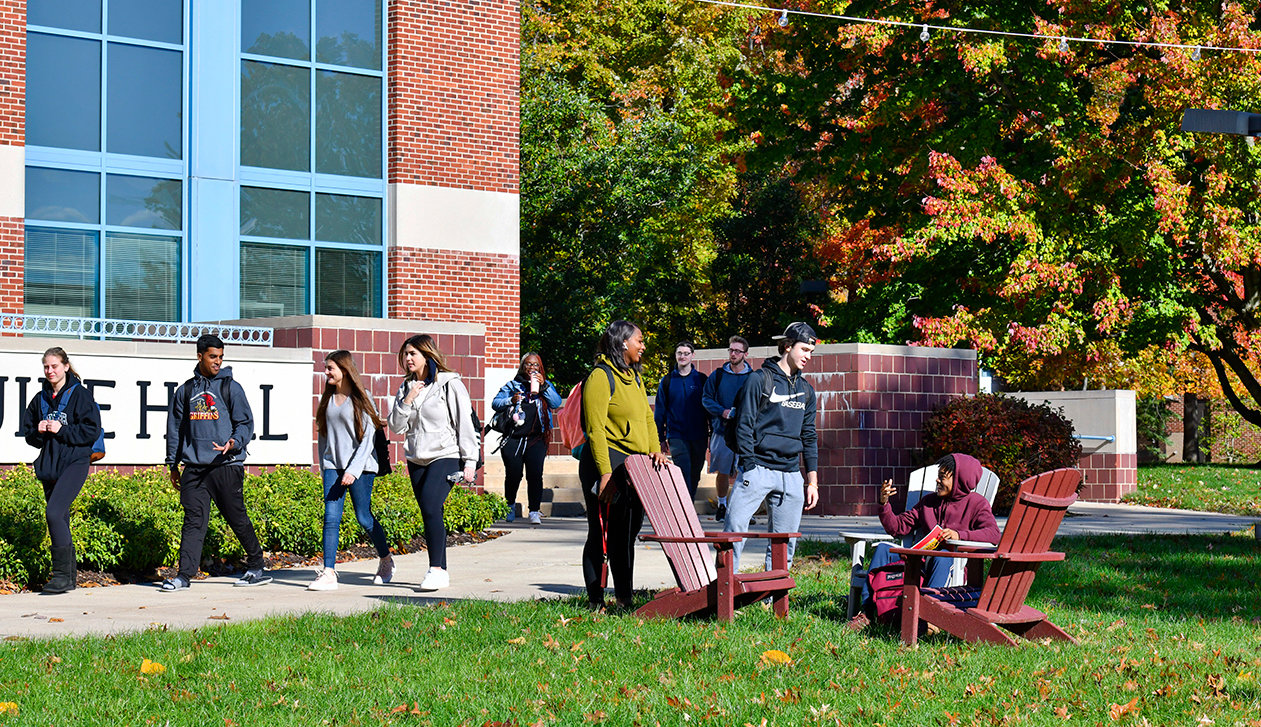 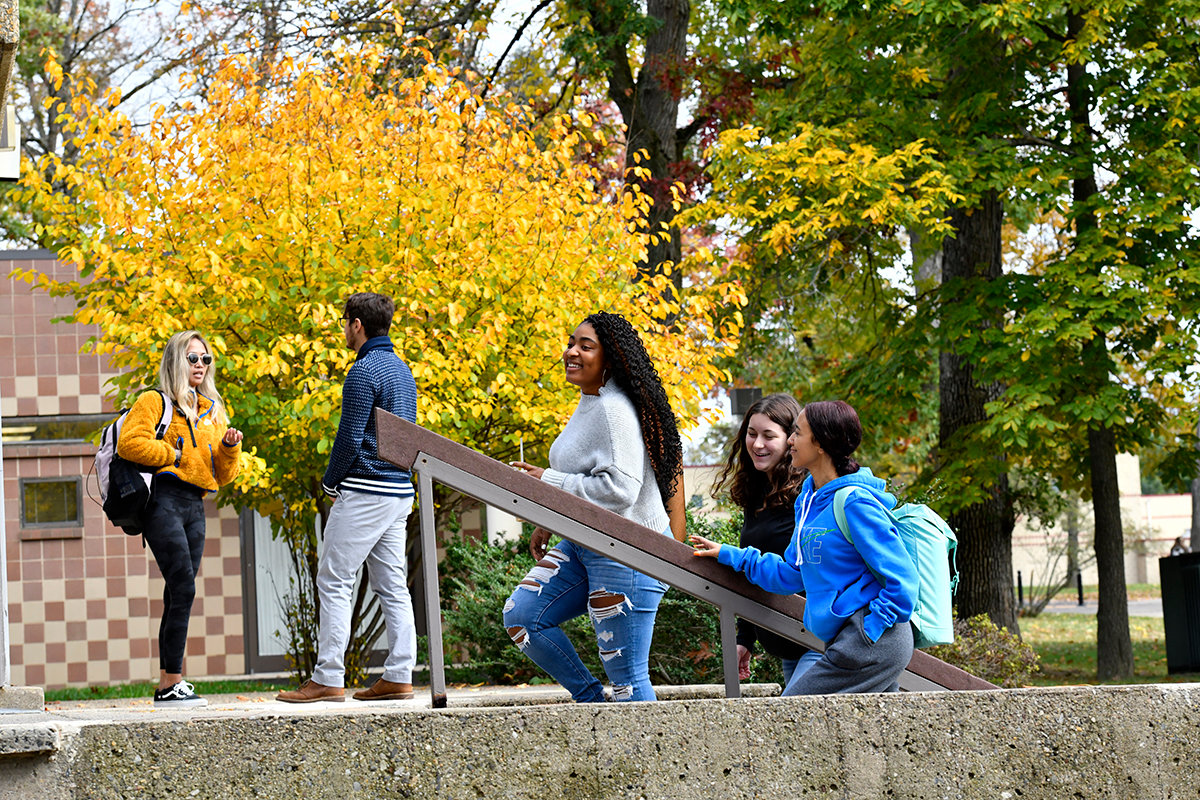 When it comes to Black students' share of enrollment, Chestnut Hill College is leading the pack among  area institutions of higher learning.

The Catholic school run by the Sisters of St. Joseph, located at the top of Chestnut Hill on Germantown Avenue, 30 percent of the 1,074 undergraduate students now enrolled identify as Black or African American, a higher share of overall enrollment than at Arcadia, Gwynedd Mercy, La Salle and Temple Universities, and Montgomery County Community College, according to interviews and website statistics.

“Our priority is an inclusive community and what we can do to make each student successful,” she said. “We talk about that at the highest levels and we talk about it consistently.”

Although Black students' share of enrollment has declined over the past 10 years, down from 42 percent in 2002, the school far outpaces Temple University, a school once known as “Diversity University.” The North Philadelphia school’s share of Black students has dropped from 28 percent in 1999 to 14 percent in 2020, according to The Philadelphia Inquirer, which last month published an extensive examination of the university’s enrollment trends.

Thorpe said she believes CHC’s strong showing is due to the effort it puts into giving each student personal attention.

“We try to figure out what each student needs, whether it's an extra ear, or additional financial assistance,” she said. “We do what we can to help.”

It seems to be working.

“They draw us in,” said student Tiana Kamira Wells, a 19-year-old media and communications major. “The majority of students from the area come from low-income households. [CHC] gives out more scholarships and they give off the energy that they want you here,” she said. “Chestnut Hill not only accepted me, they gave me a scholarship.”

Wells was accepted to two historically-Black colleges and was on the waitlist for a third. She visited CHC four times before deciding to attend.

“I’m the kind of person who needs a lot of attention in the classroom,” said Wells, who also appreciates being close to home and to her part-time job. “It is a small campus; everyone is so sincere. They really do care about you.”

Wells lives on campus and is the president of the Black Student Union (BSU). In addition to activities such as the upcoming “Culture Shock” event during which students will share cultural food, art, poetry, and dance, the BSU meetings are intended to provide support for student members.  “It’s definitely a support group,” Wells said. “We can relate anytime another student has a problem.  We talk about things that are going on in the media, in the classroom, and our mental health.”

Nearby Gwynedd Mercy University, which is located in Gwynedd Valley and has an enrollment of 1,990, has a much smaller percentage of Black students. But its numbers are increasing. A total of 16 percent of students now identify as Black or African American, up from 12 percent in 2002.

“This can take the form of academic support,” she said, “but it’s also building communities so that students have peers and mentors that they can connect with and learn from.”

Arcadia University, located just north of the city in Glenside, had an undergraduate population of 2,014 in 2020 with 12% of the students identifying as Black. Since the death of George Floyd, the school has made a new level of investment in the well-being of Black students.

Arcadia’s president, Dr. Ajay Nair, assigned a group of faculty and staff to the task of addressing racial disparities on campus.  The resulting Anti-Black Racism Initiative (ABRI) is a set of 41 initiatives that address the concerns of Black and Brown students.

Angela McNeil, Arcadia’s assistant vice president for access, equity, diversity, and inclusion, said students of color experience a variety of barriers to earning a college degree. The first is financial, she said, because many must work jobs at the same time as managing their schoolwork.

Also, she said, “They may struggle with being ‘the few among many.’ They may feel as though they are the spokesperson for a particular race.”

So McNeil, a mental health professional, has insisted on having a person of color in the Student Counseling Center. ‘

“Their mental health is affected by the racism that they experience in college and in society,” she said.

Meanwhile, back at CHC, Thorpe is setting her sights beyond the student body itself. Her goal is to further diversify the faculty. In terms of improving higher education options for Black students, she said, “If we can focus on one thing, that would be it.”

“I never had a female Black teacher,” Thorpe explained, describing a conversation she once had with a student who, like Thorpe, was a first-generation college student of Caribbean descent. “She came up to me after class and said, ‘You are a unicorn to me’,”’ Thorpe said. “I told her, ‘I shouldn’t be a unicorn. I shouldn’t be that rare.’”