Gwyn Roberts and Richard Stone's Tempesta di Mare, Philadelphia Baroque Orchestra has been performing portions of the Baroque repertoire that are beyond the confines of the era’s “Big Three” – Vivaldi, Handel and Bach for 20 years. 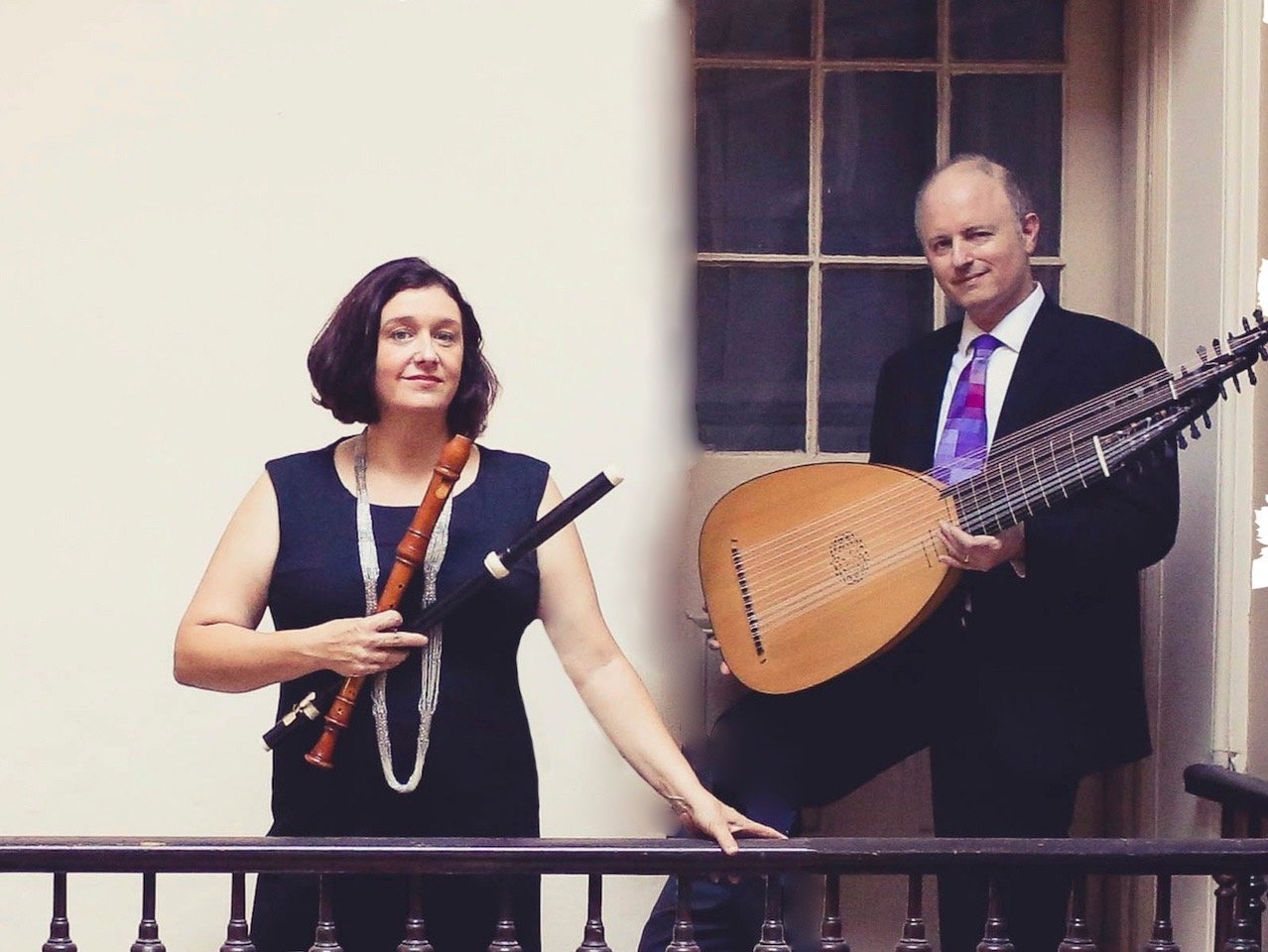 Chestnut Hill was alive with music Saturday, Feb. 26. I had the chance to take in two performances on that single day.

It’s been 20 years since Gwyn Roberts and Richard Stone founded Tempesta di Mare, Philadelphia Baroque Orchestra. They’ve devoted their brainchild to the task of introducing local classical music lovers to those portions of the Baroque repertoire beyond the confines of the era’s “Big Three” – Vivaldi, Handel and Bach.

The result Saturday afternoon at Woodmere was a program of music composed by Veracini, Weiss, Babell, Jacquet de la Guerre and Telemann. With Roberts playing both the recorder and the flute and Stone heard on both the lute and theorbo, the music making was diverse, lively, revelatory, beguiling and downright entertaining. It was heard by an audience so large that extra chairs were needed to accommodate the crowd.

Playing on recorder and lute, Roberts and Stone caught the plaintive lyricism of Veracini’s Sonata No. 1 in F major and the elfin elegance of Babell’s Sonata No. 6 in G minor. As the sole performer, Stone was heard to great advantage in Weiss’ Suite in D minor. He delineated an almost conversational tone that highlighted the composer’s exquisite contrapuntal writing.

Roberts switched to the wooden Baroque flute for the program’s two remaining works: Jacquet de la Guerre’s Sonata No. 4 in G major and Telemann’s Sonata in E minor. The change made all the difference in the world.

Although no one could question Roberts’ expertise as a recorder player, her performance on the flute in these two scores was revelatory. She reveled in the velvety tones of the older version of the flute (made of wood rather than silver, gold or platinum) with flawless evenness of projection that allowed the instrument to sing the music’s intimate lyricism with eloquent phrasing enlivened by dramatic intensity.

Playing the theorbo in accompaniment, Stone provided Roberts with a harmonic foundation that was both as solid as the Rock of Gibraltar yet equally expressive in support.

The Haydn Quartet, divided into the traditional four movements, displays the composer’s originality within the context of the form he himself created. In place of the usual closing rondo, the Austrian master proposed a four-voice fugue, proving to one and all that he could produce a splendid example of the form most beautifully espoused by Bach.

And what a wonderful fugue it is, weaving the principal theme in and out of the four-part ranges of violins, viola and cello. The “Fairmounters” played it and the preceding three movements with stylistic aplomb and interpretive conviction.

The Russian Prokofiev’s First Quartet is a work of troubled development, poignant and melancholy lyricism, coursing with edgy harmonies and rhythms. The Fairmount players caught its inner turmoil fighting its way out of the classical restraints of the traditional structure.

Coleridge-Taylor, who was of British and African descent, was one of the few classical music composers of color to achieve recognition during the late 19th and early 20th centuries. His musical language was characterized by arresting harmonies and lively rhythms. The “Fantasie-Stucke” received an impressive performance Saturday evening, one that received the same enthusiastic applause given both the Haydn and the Prokofiev.

Perhaps the most pleasing aspect of the recital was that it was given not in the dreary hall, where the most recent performance had taken place, but within the stunning neo-Norman sanctuary of St. Martin’s Church.

Yannick at the Steinway

Earlier in the day, I caught, via the magic of YouTube, a concert by the Philadelphia Orchestra featuring its music director, Yannick Nezet-Seguin, as his own soloist in Mozart’s Piano Concerto No. 12. Although he’ll never be confused with such pianists/conductors Daniel Barenboim and Vladimir Ashkenazy, Nezet-Seguin gave an expressive rendition of one of Mozart’s loveliest piano concerti. A multi-talented musician, indeed!

You can reach NOTEWORTHY at Michael-caruso@comcast.net. To read more of NOTEWORTHY, visit chestnuthilllocal.com.