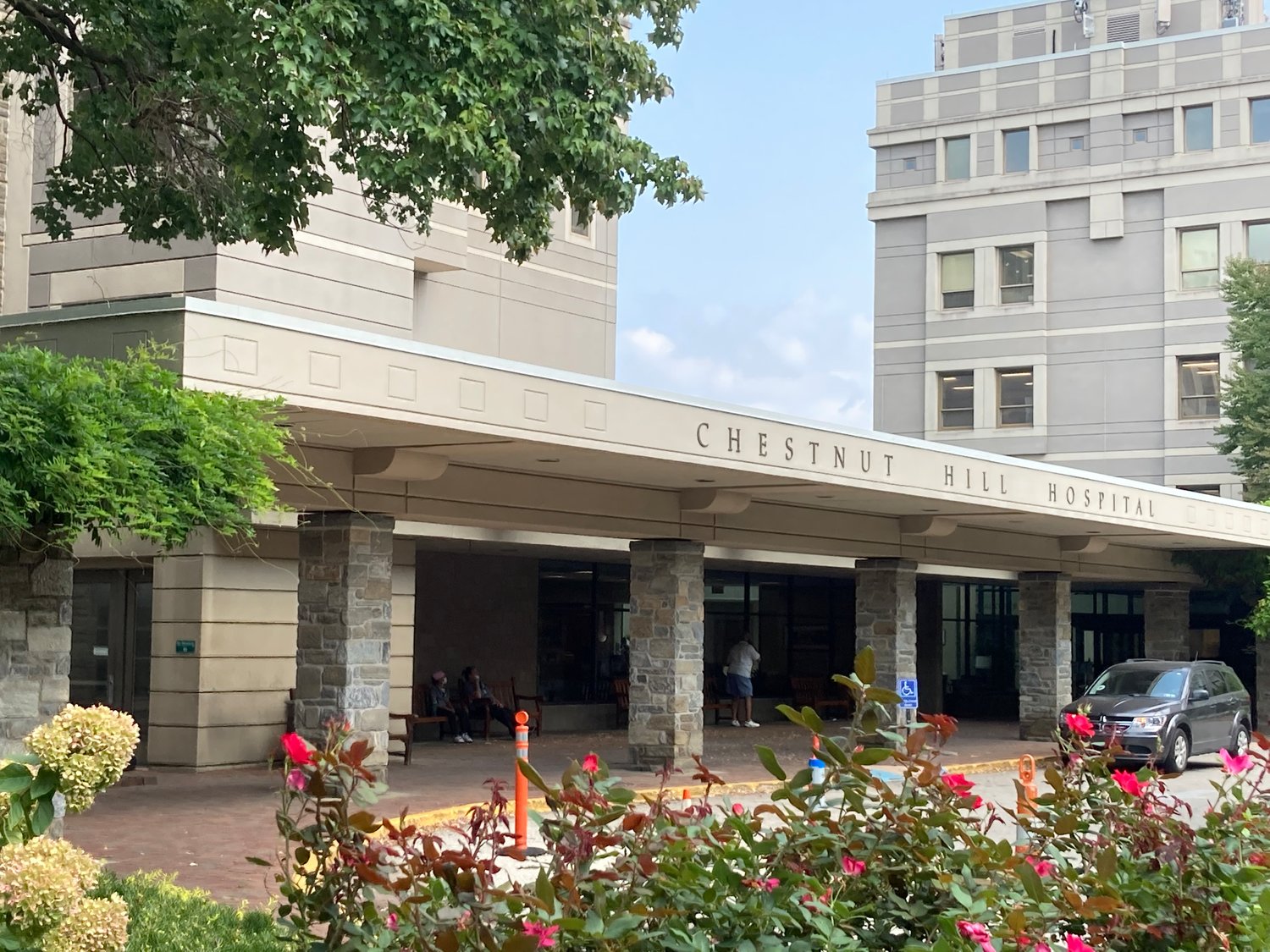 In an announcement on Monday, CHH President and CEO John Cacciamani described the deal as “the best possible solution” for this important community institution, which has been on the market since the fall of 2020.

“This gives us the power of Temple’s esteemed academic institution, together with the power of primary care networks of both PCOM and Redeemer. In addition, there is potential for expanding our educational opportunities and what we can offer when it comes to women’s health,” he said.

“Together, our organizations bring the expertise, resources, operational excellence and skilled clinical care to ensure that Chestnut Hill Hospital remains a durable and sustainable resource for the eastern Montgomery County and northwest Philadelphia communities,” said Michael A. Young, CEO of Temple Health.

In a press conference on Tuesday, Young said “we view this as an investment - a good and wise investment. Not just in Chestnut Hill, but in Temple.”

Young and Tower Health CEO Sue Perotty said neither the price nor the terms of the sale will be disclosed. Temple will be a 60 percent owner and the managing partner of the new entity, while Redeemer and PCOM will each own 20 percent.

The deal, which comes seven months after an earlier agreement of sale to Trinity Health Mid-Atlantic collapsed in January, is expected to close within three to four months, Perrotty said. It must first be approved by state regulators and Tower Health bondholders. In a press conference on Tuesday, Perrotty said she was “very confident that we’ll get this (deal) moved forward.”

The new ownership is not expected to have any immediate impact on current services offered at the hospital, Cacciamani said. He and his leadership team are expected to remain at the helm and there are no plans to lay off any of its 827 employees.

“They’ve asked me to stay, which is nice,” Cacciamani joked at the press briefing. “At this moment we’ve been committed to continue to operate as is. There are no direct operational plans that will get us to any significant changes in the short order.”

“We’re going to keep the leadership team intact.....and employees will keep their jobs,” Young said. “We hope to make this a ‘spiraling up’ endeavor. You don’t do a turnaround by getting the chainsaw out.”

In the future, Cacciamani said, the new owners may be able to help Chestnut Hill provide services that it does not now offer. But any such changes would come slowly, he said.

“We need to be careful. We need to understand what we have across our new partners, and what we can deliver for the community,” he said.

“We did have an investment banking firm,” she acknowledged at the meeting on Monday. But “this is one (deal) we have been working on for quite some time. We’ve been through an awful lot of hard work to get to this point.”

Cacciamani said that after the Trinity deal fell through, he began reaching out to various regional providers to gauge their interest - including Temple, Redeemer and PCOM.

“Everyone of them realized they had a reason to be at the table,” Cacciamani said. “They got together and started talking collaboratively. That’s when they came up with what I believe is the best possible solution for Chestnut Hill Hospital.

“There were plenty of different options out there that would not necessarily have played into that role,” he continued. “I thank Tower and Sue Perrotty in particular for taking the time and effort to work through a deal that obviously is complicated. I can’t say enough about Tower’s willingness to, in earnest, look for a solution that was in the best interest of our community.”

At the press conference on Tuesday, Cacciamani also made a point of thanking both U.S Rep Dwight Evans and State Sen. Art Haywood.

“You walk the walk and talk the talk. You’ve been there when we’ve needed you - including through COVID. I want to thank you for making us a priority,” he said.  “Now I look forward to keeping our end of the bargain - which is to provide A-class, high quality health services to our immediate and surrounding communities.”

“We have a long standing teaching relationship with Chestnut Hill Hospital for our medical students and residents, and we expect to not only sustain that but to grow it with Temple and Holy Redeemer,” Feldstein said. “We also have more than 1,000 alumni in the area, which can offer a great support system for the continued success of the hospital.”

Redeemer Health, a Catholic healthcare provider with long-established strength in women’s health care, can provide Chestnut Hill with an enhanced layer of service on that front, Cacciamani said. And its network of facilities for older adults, which includes nursing homes, home healthcare providers and hospice services, can provide more service options for patients who are being discharged.

“Our goal would be to have them as a potential provider for our patients,”  Cacciamani said. “It also means that maybe we can start thinking about prenatal care for women again.”

While Redeemer is a Catholic institution, Cacciamani said, the newly-formed entity will not be.

“Our secular position on women’s health issues will not change,” Cacciamani said.