Marielle Issa, who is playing the iconic Jo March in Quintessence Theatre's “Little Women, The Broadway Musical,” is proud to be a Chestnut Hiller, a Germantown Friends School alumna and a first-generation Arab-American. 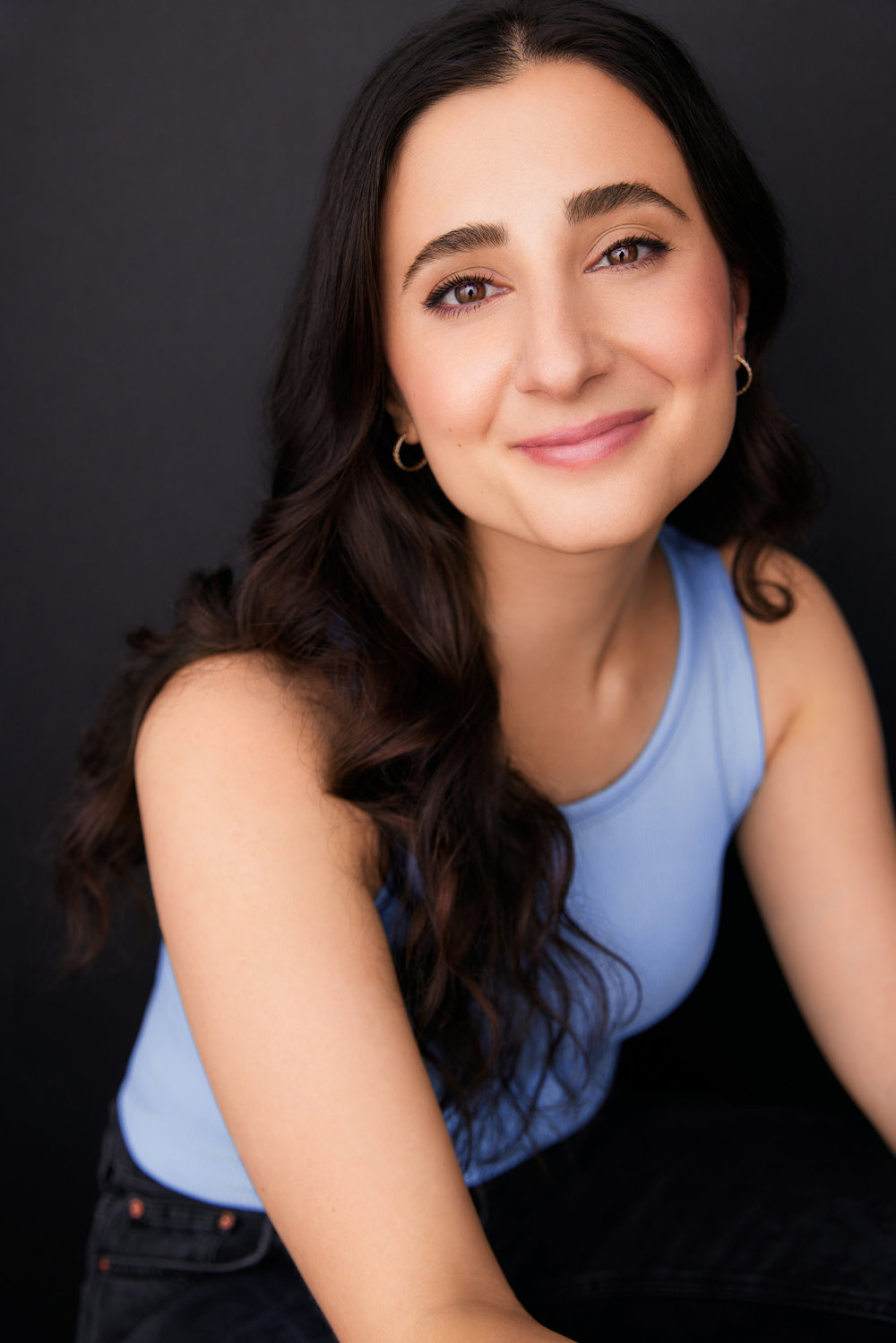 Marielle Issa of Chestnut Hill will be starring as Jo March in “Little Women, The Broadway Musical,” at Quintessence Theatre, 7137 Germantown Ave., from Dec. 4 to 31.
Posted Friday, December 3, 2021 6:00 am
by Len Lear

Marielle Issa, who is playing the iconic Jo March in Quintessence Theatre's “Little Women, The Broadway Musical,” which is based on the classic 1868 novel by Louisa May Alcott, from Dec. 4 to 31, is proud to be a Chestnut Hiller, a Germantown Friends School alumna (class of 2015) and a first-generation Arab-American.

“My parents are both Lebanese immigrants,” said Issa in an interview last week. “They met at American University of Beirut (AUB) and moved to the U.S. together in the 1980s. Most of my family still lives in Lebanon, and we visit often.” (The stop-and-start civil war that consumed Lebanon from the mid-1970s until the late 1980s resulted in more than 120,000 deaths, hundreds of thousands injured and an exodus of about one million Lebanese, mostly to Europe and North America.)

In 2011, Issa's family moved from Houston, Texas to Chestnut Hill, a short walk from Morris Arboretum. Issa, who was 14 then, spoke English and French at home — many Lebanese people speak French as well as Arabic - and learned Spanish at school in Texas and beyond. But she concedes that “my Arabic is pretty bad.”

Issa was drawn to acting at a young age.

“I think my love of acting evolved from a feeling of deep kinship with fictional characters,” she explained, “and a desire to embody them, represent them and live in their worlds. It was never enough just to read or watch stories; I wanted to immerse myself in them and play a role in their telling.”

After GFS, Issa went to Northwestern University, where she graduated in 2019 with a BA in theatre and a certificate in musical theatre, double-majoring in English literature.

“I loved my time at Northwestern,” she said, “and would not have reached this stage in my career were it not for the many teachers, directors, friends and mentors who buoyed me up in college.”

After graduation from Northwestern, Issa acted in regional Chicago theaters. She was working at The Marriott Theatre when the Covid-19 pandemic began and abruptly shut down the  production. Shortly afterwards, she decided to leave Chicago and move back in with her family in Chestnut Hill before moving to New York in July of this year.

“The pandemic affected my life the way it did for so many actors and artists,” she said. “In March of last year, I found myself suddenly without a job, without hope for a job in the near future and without a sense of when, if ever, opportunities in my field would return ... Apart from my career, I felt the loss of those critical post-grad years when, I'd hoped, my life would start coming into focus. I feel deeply for anyone who is still at sea or reeling from the events of the past year. It's been hard to move forward.”

Now that she is acting on a Mt. Airy stage, Issa is living with her family in Chestnut Hill, but she will head back to New York in January. “Moving to New York this past summer was really hard,” she said, “maybe the hardest thing I've ever done … Choosing to restart my life after the pandemic alone in a city I've never lived in before was not easy, but as with most hard things, the anticipation was worse than the event.”

How does Issa feel about playing Jo March, one of the most famous characters in all of American literature? “There are so many qualities inherent in Jo that make her the heroine she is,” Issa said. “She is brave. She is ambitious … On a more personal note, I find that 'Little Women' deals poignantly with the darker reality of Jo's ambition and makes clear that her convictions, while admirable in a way, can leave her feeling very lonely and less able to deal with life's ebbs and flows than other people.”

When asked about the best advice she has ever received, Issa replied,

“It's not really from any one person, but I've found that in both acting and life, the braver choice is usually the right one.”