A Philadelphia Parking Authority kiosk in Center City (photo by PPA) by Brendan Sample In the next step toward upgrading Chestnut Hill’s parking meters, representatives from the Philadelphia … 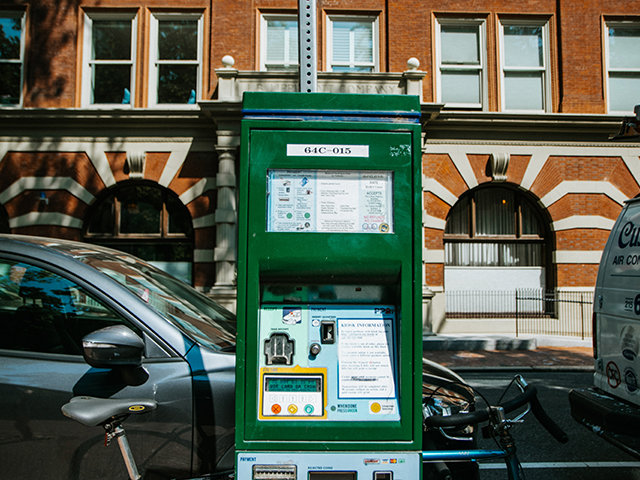 In the next step toward upgrading Chestnut Hill’s parking meters, representatives from the Philadelphia Parking Association met with community members on Wednesday, April 11, to further discuss a potential upgrade to either smart meters or kiosks across the neighborhood.

While there is no timeline for when this change could happen, the Chestnut Hill Business District is still determined to have these updates take effect in the best way possible for the neighborhood.

The PPA’s representatives at the meeting were Executive Director Scott Petri and Deputy Executive Director Corinne O’Connor, who were able to offer some valuable insight as to what could work best for Chestnut Hill compared to other areas around the city.

After recapping the differences between the meters and kiosks, CHBD Executive Director Phil Dawson presented the results of a recent survey sent out to Chestnut Hill Community Association members regarding their preference between the two. Out of the 83 people surveyed, 68 were in favor of the smart meters.

In addition to the convenience of having the meters next to parked cars, one of the main reasons why residents preferred the meters may have been their compatibility with a possible free 10 minute button. Though this option would likely have to be approved by the Philadelphia City Council before being implemented, it is something that other nearby areas have adopted with success. One such example that the PPA presented was from Lower Merion Township, which adopted smart meters with the free 10 minutes in 2011 and has seen an continued increase in meter revenue since 2012.

In terms of the cost of both options, O’Connor explained that the estimated cost of one meter would be $500, while a kiosk would likely be $7,500. With 183 meters in Chestnut Hill that would need to be replaced and anywhere from 14-28 kiosks that would be installed, the approximate upfront cost would be $91,500 for the meters or between $105,000 and $210,000 for the kiosks.

In addition, however, would be a monthly cost for wireless access for each unit, which O’Connor also put at about $25 a month. Considering the higher volume of meters compared to kiosks, it would cost around an extra $4,575 each month for the meters or between $350 and $700 for the kiosks. With the upfront installation costs combined with the monthly wireless fees, it would cost approximately $146,400 to run the smart meters for the first year and between $109,200 and $218,400 for the kiosks over the same period of time.

Given the cost of a potential upgrade either way and the possibility of an option to park for free for 10 minutes, another possibility that was discussed was an increase in parking rates. The proposed change would up the current rate of one dollar per hour to $1.50. Richard Snowden, a member of the Chestnut Hill Parking Foundation’s board, felt that such a change in rates could be a fair tradeoff given the benefits that smart meters would bring.

As of publication, it is unknown when there will be another update regarding the parking situation, though the PPA expressed their continued willingness to assist. When asked about a potential timeline for when these changes could be implemented in the neighborhood, Petri was only able to say that they would likely be happening “soon.”

Holidays return to the Hill, a little cozier

Donate now to CH Local
The Latest
For the holidays, consider these foodie gift finds
For the past eight months, I have delved into the world of DIY in ways I never thought possible. I used to think DIY meant spending five hours putting together a maddening Ikea product. But since …
Holidays return to the Hill, a little cozier
The holiday season this year is a little different, and traditions are being reinvented to keep up. Holidays on the Hill might require more social distancing, but that means visitors can shop and stroll with more room to look around.
SCH alumna donates business proceeds to Operation Smile
Springside Chestnut Hill Academy alumna Nilah Jordan '20 recently donated $1,500 to Operation Smile to help pay for six cleft palate surgeries, antibiotics for 30 children, and a new exam station for …
Firehouse proposal challenged Hill’s sense of surroundings
Working in the field of design, my interests are quite varied, especially in how we are all affected by our surroundings, both interior and exterior. It has always been fascinating to me how people …