In the Hindu tradition, the Sanskrit word Nirvana means a “state of perfect happiness.” It’s also the name of the newest restaurant in Chestnut Hill. 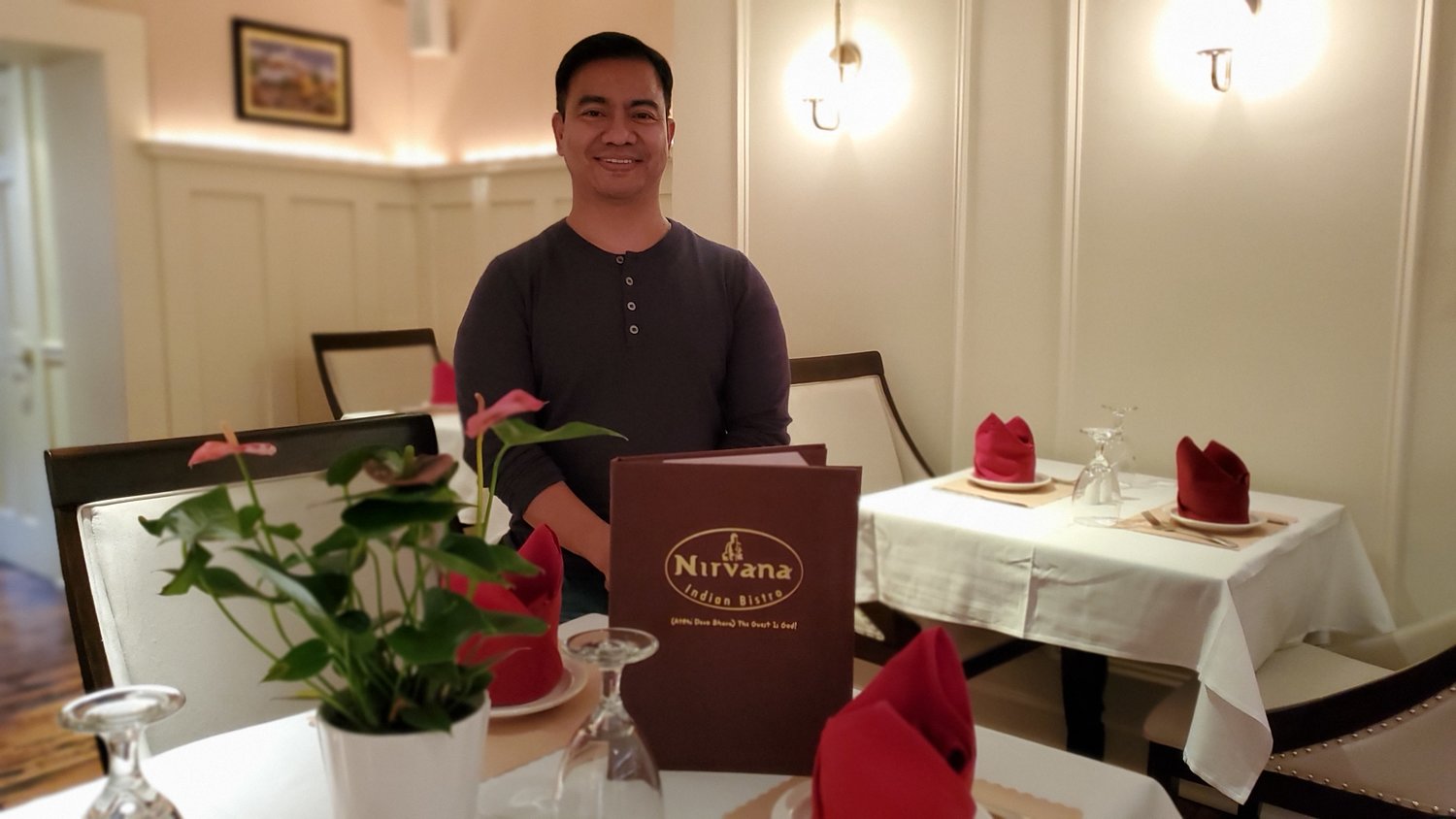 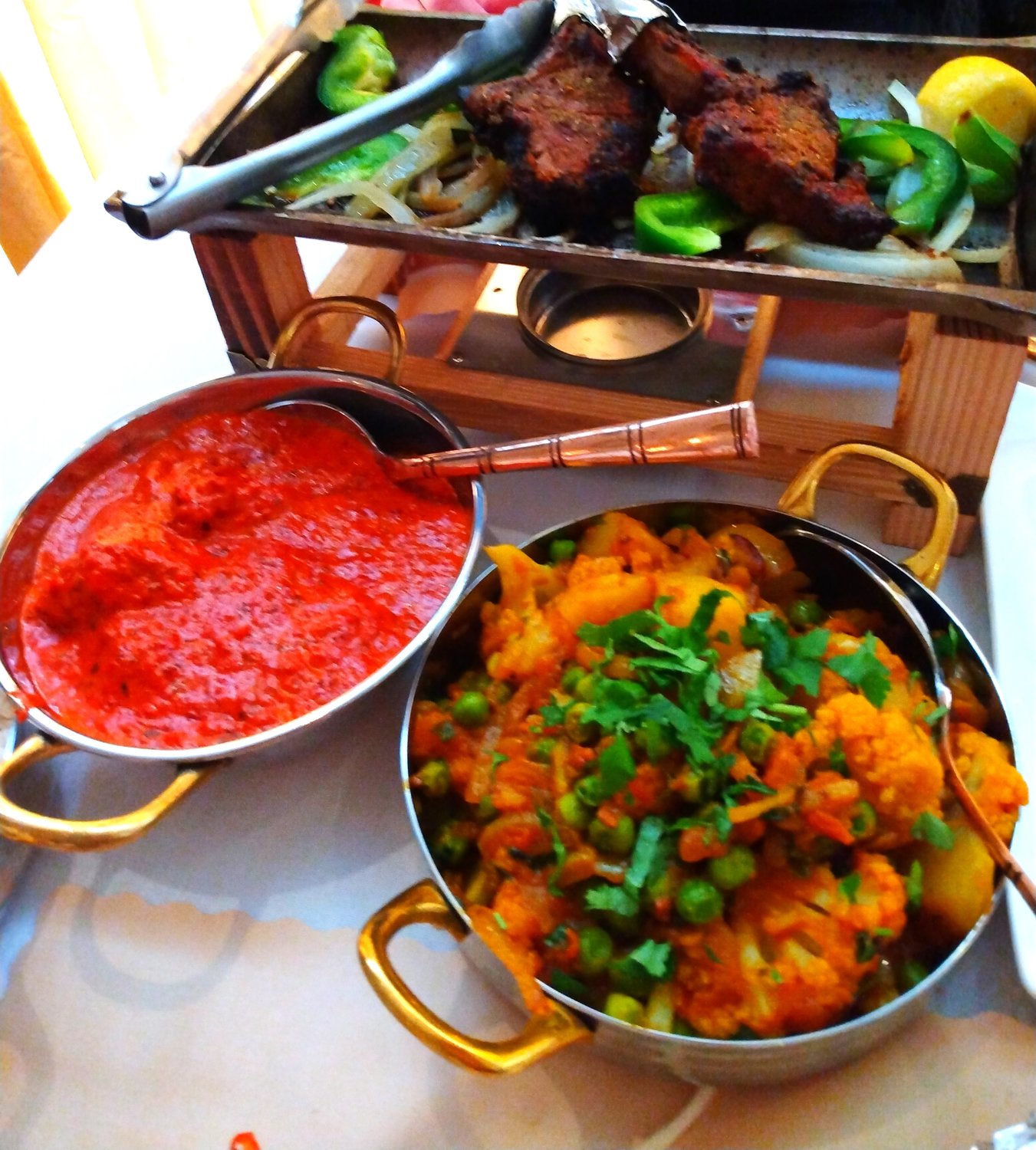 Chefs prepare tasty meals like this one that includes Tandoori Lamb Chops and Chicken Tikka Masala.
Photo by Stacia Friedman 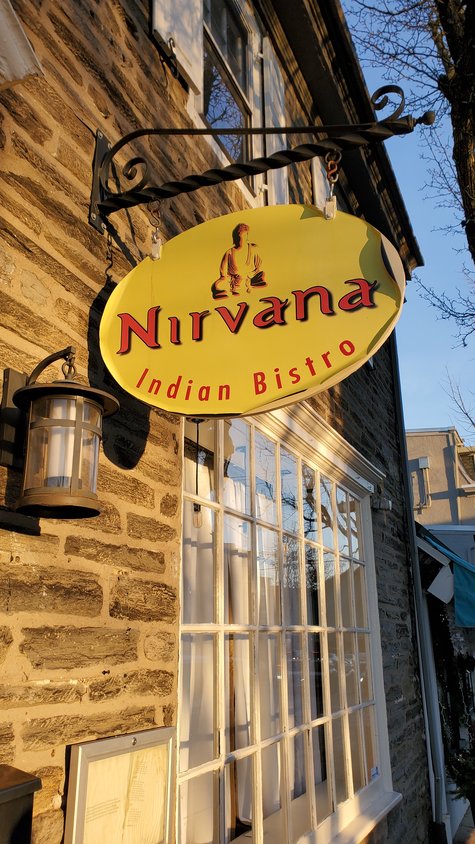 Nirvana Indian Bistro, which recently opened on Germantown Avenue, is one of four restaurants owned by Chhantyal.
Photo by Laura Lucas
Previous Next
Posted Thursday, January 12, 2023 12:00 am
by Stacia Friedman

In the Hindu tradition, the Sanskrit word Nirvana means a “state of perfect happiness.” It’s also the name of the newest restaurant in Chestnut Hill, and perfectly describes the mood of its chef and owner, Nabin Chhantyal.

“We are fully booked,” said Nabin (who goes by his first name). “I was surprised how many people here already knew us from our Lafayette Hill location.”

The restaurant, Nirvana Indian Bistro at 8609 Germantown Ave., is off to a great start – which comes as no surprise to Chestnut Hill realtor Sanjiv Jain, who spent ten years trying to convince Nabin to locate here and is now his landlord.

“Sanjiv discovered me when I was a chef at an Indian restaurant in East Norriton,” said Nabin, who credits Jain with not only persuading him to come to Chestnut Hill, but also with designing the space for him. “This is all his work,” said Nabin, gazing at the elegant furnishings.

Jain, meanwhile, said thanks are also due to Anne Nevel, recruitment director for the Chestnut Hill Business Association.

“I’m super excited to have (Nabin) here in Chestnut Hill, and I’m very grateful to Anne for teaming up with me to recruit him,” Jain said. “He really puts his heart into serving food to people...like an expression of love.  I usually order the Shahi Paneer and Gobi Manchurian. Both of these are better here than at any other Indian restaurant I’ve ever been to in the whole world.”

The menu reflects Nabin’s northern Nepalese heritage. “Our food is very healthy and fresh,” he said. “We can make anything as hot or as mild as you wish. Customers from the U.K. like spicy Vindaloo. If you want a mild entree, try our Chicken Tikka Masala.” His most popular dish?  The Crispy Cauliflower appetizer.

Early reviews are enthusiastic. On the Mt. Airy/Nextdoor website, area resident Mary Harris wrote: “… I went with my family their second night open and was floored by the quality of the food, the service, and the gorgeous space. The Chicken Korma was one of the best I've ever had, the Lamb Roganjosh was terrific, and the Chicken Tikka was outstanding, but the real show stopper was the Grilled Chicken Kebabs and Mixed Grill, which arrive on a flaming miniature grill and stay hot and flavorful thru the whole meal.”

Nabin’s story is a reminder that the American Dream is still attainable. “I grew up very poor in the mountains of Nepal. I was hungry all the time,” Nabin said.

His luck changed in 2000, when his high school academic record won him acceptance at Illinois State University.

“I was studying hotel management, but at the end of my freshman year, I ran out of money and had to drop out,” he said. In retrospect, Nabin now views that turning point as the key to his success. “For two years, I waited on tables, then I worked in the kitchen. I was always interested in cooking and I started to watch the chefs.”

Eventually, Nabin obtained a green card, but he did spend long years as an undocumented immigrant.

“I am grateful that a former employer sponsored me and helped me attain a green card within 11 years,” he said.

During that time, he put in a lot of hard work in area restaurants, learning the trade and acquiring skills.

“When the head chef of the restaurant in East Norriton where I worked died, I was asked to take his place,” he said. “But, eventually, I wanted to launch my own business.”

His first effort was to convert a Conshocken landmark, the 401 Diner on Butler Pike, into 401 Nirvana.  However, the diner ambiance there proved to be out of sync with Nabin’s vision. After one year, he sold it and opened his first Nirvana Indian Bistro in 2015 on Germantown Pike and Joshua Road in Lafayette Hill. This is where he perfected his menu and generated a loyal following.

Then, in 2019, Nabin opened a second location in Blue Bell, and another in Queen Village in 2022. While opening four locations in seven years is business-as-usual for a franchise or fast food chain, it is a rare achievement for an upscale, privately-owned restaurant.

So how does Nabin manage to maintain the same high quality in all of his locations? “I go to Nepal, dine in the best restaurants, taste the food and offer to sponsor chefs in the U.S.,” he said. “Before I open a new location, I train the staff. The key to a successful business is to make your employees your top priority.”

That training includes passing along his recipes, but also paying careful attention to spices. “It takes a lot of passion and focus to get them right,” he said.

While the pandemic hurt many restaurants, Nabin’s business model, which included takeout, thrived. “That experience gave me a lot of confidence that no crisis can hurt our concept,” he said. “That is why I am expanding very aggressively.” In the process, Nabin is paying it forward by creating jobs for immigrants and encouraging them to achieve their dreams. “I am so grateful to this country,” he said. “I love to help and inspire people. Hard work pays off over time.”