The Palmers, who will be teaching an in-person class for Mt. Airy Learning Tree on Feb. 10 entitled “Shaken, Stirred and Strained: Gin 101,” are the co-owners of Palmer Distilling Company, a small craft distillery at 376 Shurs Lane in Manayunk. 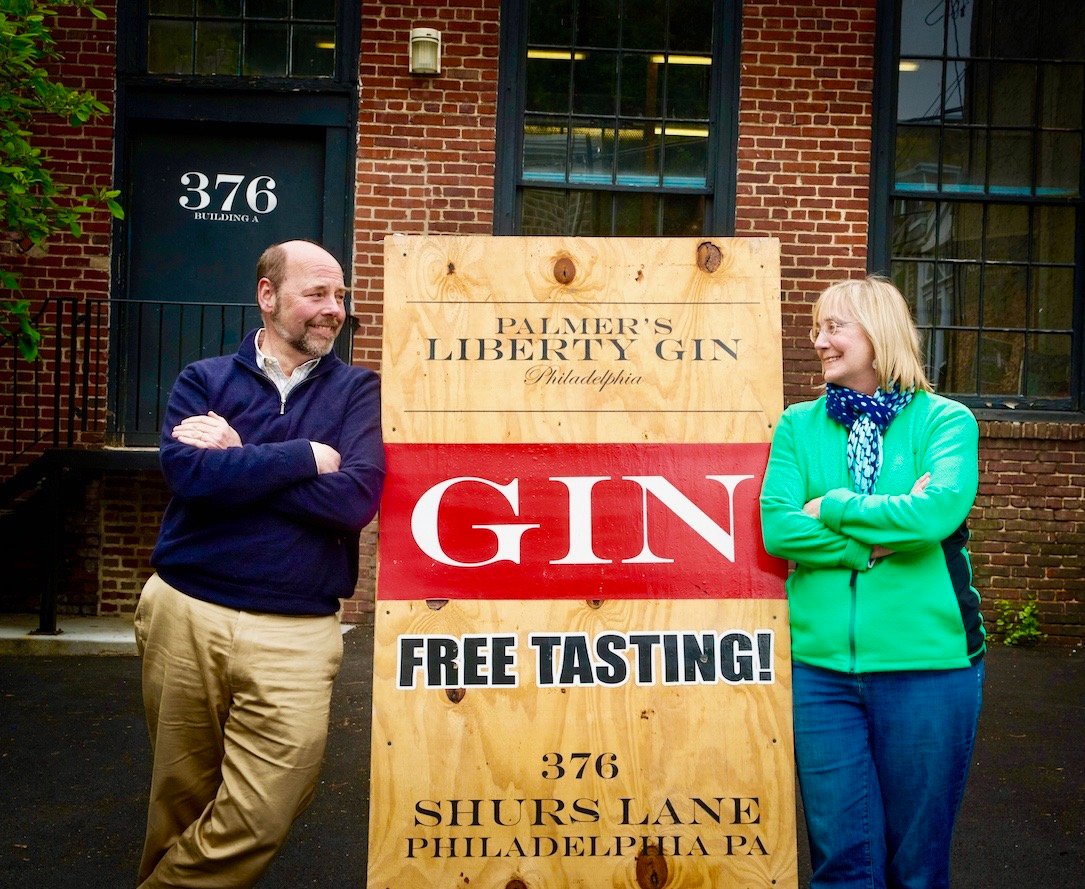 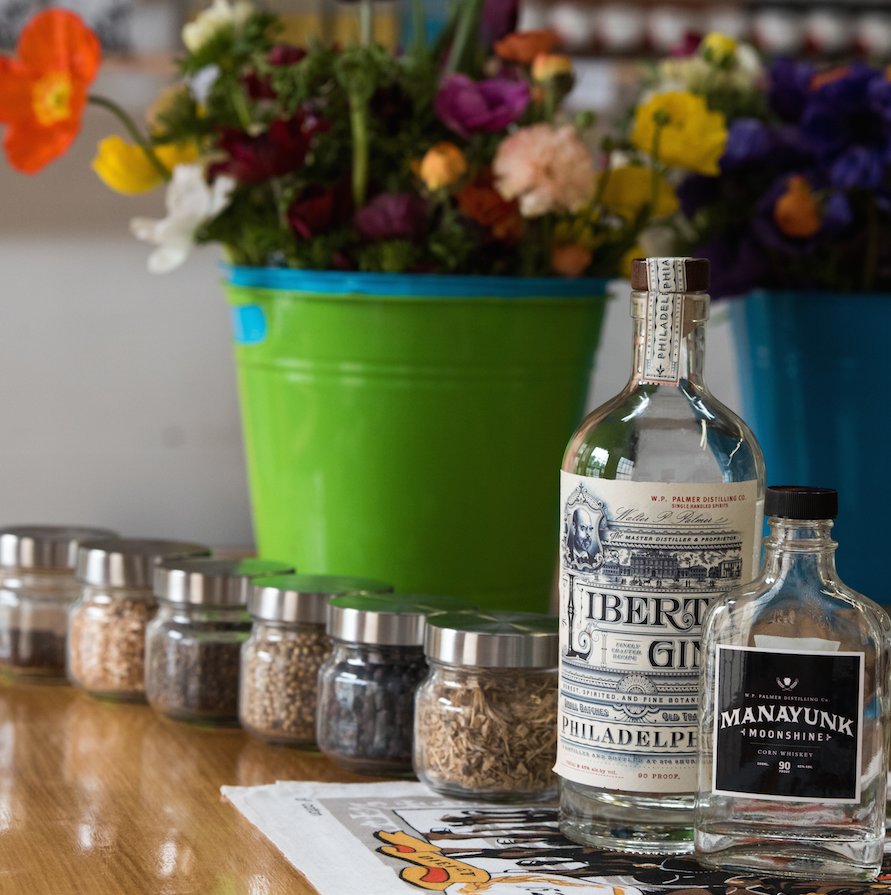 Liberty Gin is available in 160 State Stores all over Pennsylvania, many stores in New Jersey and New York State and several area restaurants like Campbell's Place and Tavern on the Hill.
Previous Next
Posted Thursday, January 27, 2022 6:00 am
by Len Lear

You might say that Walter and Katy Palmer, Chestnut Hill residents for 28 years, are in business to help you “let the fun be-Gin.”

The Palmers, who will be teaching an in-person class for Mt. Airy Learning Tree on Feb. 10 entitled “Shaken, Stirred and Strained: Gin 101,” are the co-owners of Palmer Distilling Company, a small craft distillery at 376 Shurs Lane in Manayunk. The company makes Manayunk Moonshine, a traditional corn whiskey, and its popular Liberty Gin - which won a silver medal at the World Spirits Competition in 2016 in San Francisco, a silver medal in Berlin in 2017 and a bronze medal in London, the world mecca of gin, in 2019.

Making gin was not exactly a childhood dream of either Walter or Katy. A native of Newtown, Bucks County, Walter earned a BFA at Temple University and then ran a construction trade association for 28 years. Then came the recession of 2008, and he suddenly found himself out of a job.

“I thought my job was secure,” he said, “but obviously, I was wrong. I soon realized that it was very difficult for out-of-work people over the age of 50 to find a job comparable to what they had. The jobs I was applying for did not pay nearly what I had been making, and I did not want to start a new job and then be thrown out of work again, so I decided to be my own boss.”

For years,Walter had experimented in his home kitchen, making staples like bread and butter, even starting his own small distillery just for family and friends. So he opted for a course in distillation at Cornell University.

“People seemed to like what I was making, so I thought if other people can do it professionally, we can, too, even though our friends thought I was crazy,” he said.

Katy, who grew up in Gladwyne, has a masters of art education from Temple University, and was a substitute art teacher at Springside and Chestnut Hill Academy. She has shown her work over the years at center city galleries, Abington Art Center and juried shows at Woodmere Art Museum.

But she was on board with Walter's proposed new business, and is now in charge of quality control and labeling every bottle, and is the company's number one salesperson.

Walter looked all over the city for a location that was already zoned industrial to make his spirits, so he would not have to navigate the labyrinthine, time-consuming process of applying for a zoning variance. He was familiar with Manayunk, where the Palmers had lived for seven years before moving to Chestnut Hill, and in 2014 he found a 2,000-square-foot zoned-industrial building at 376 Shurs Lane that was listed for rent.

The Palmers signed a lease, and by May 6, 2015, Walter was distilling his first official batch of Liberty Gin in Manayunk. Walter picked the Liberty Gin name as an homage to Thomas Jefferson, John Adams, Benjamin Franklin and the other founding fathers who helped create the new nation in Philadelphia in 1776.

In his research, Walter discovered an Old Dutch recipe with ties to the spice trade during the time of the American Revolution. He experimented with dozens of versions of the recipe, taste-tested them on friends and finally settled on the one that is now bottled as Liberty Gin, which today sells for $33.99 in 160 State Stores all over Pennsylvania. They are also in countless stores in New Jersey and New York State and possibly soon in Delaware and the District of Columbia, as well as in cocktails in area restaurants like Campbell's Place and Tavern on the Hill.

“One can’t ignore the craftsmanship behind Liberty Gin,” said Leo Dillinger of the Manayunk Development Corporation. “Walter sought to balance out the precise proportions of his six essential botanicals: juniper, lemon peel, angelica root, cardamom, coriander and grains of paradise … One sip and your taste buds immediately recognize the citrusy tones of lemon peel and cardamom.”

According to Walter Palmer, Liberty Gin “is very simple but wonderfully elegant. Our gin doesn’t have to be bells and whistles and the John Philip Sousa band, but it’s amazing how something so simple can be so beautiful.”

For more information, visit palmerdistilling.com. Len Lear can be reached at lenlear@chestnuthilllocal.com