This week marks the annual national celebration of a fall staple: the chicken pot pie, the ultimate one-dish autumn meal.

The pie, which became an American staple in the 1950s in its frozen form, … 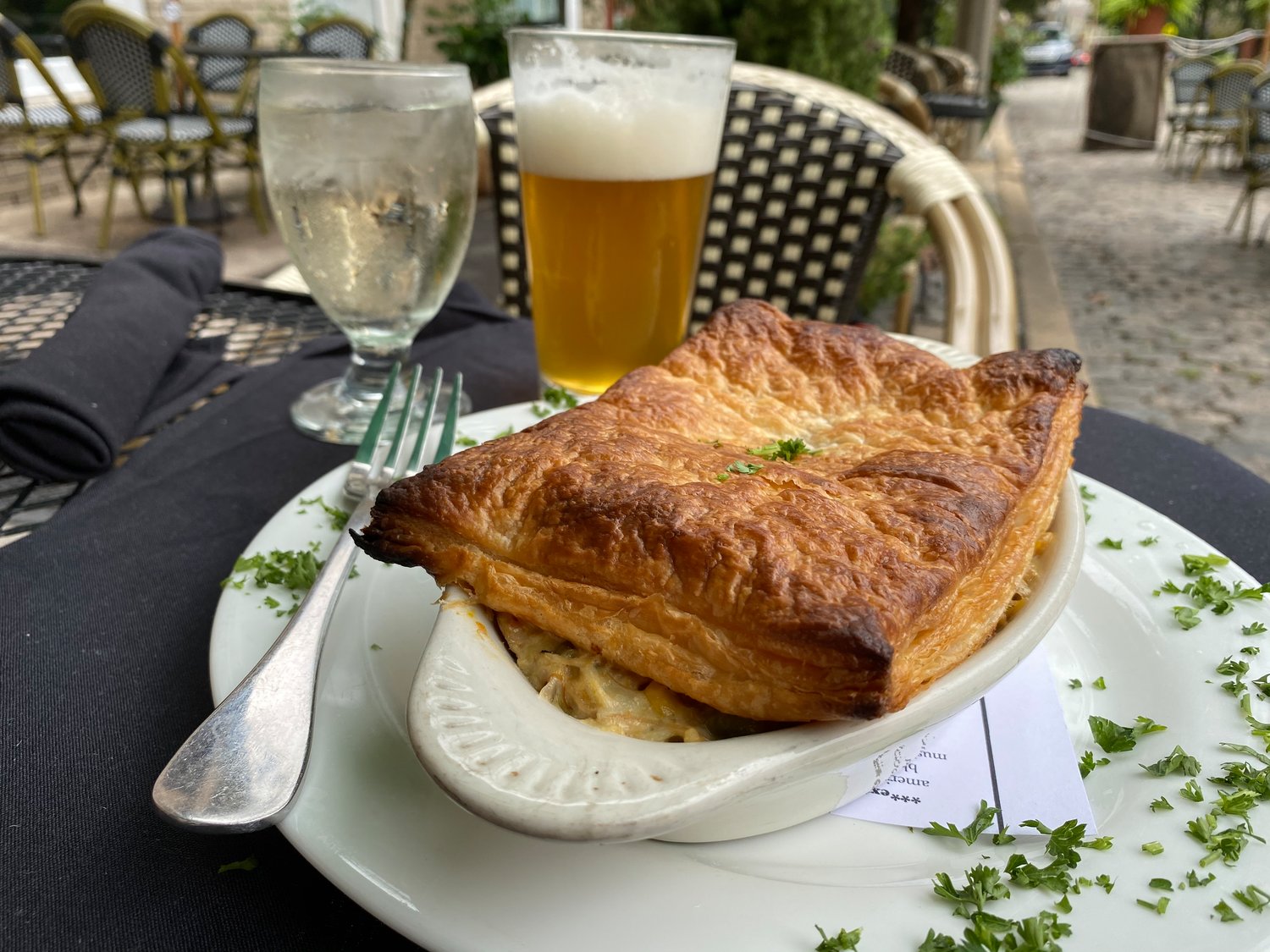 Chicken pot pie is on the menu at Campbell’s Place in Chestnut Hill. 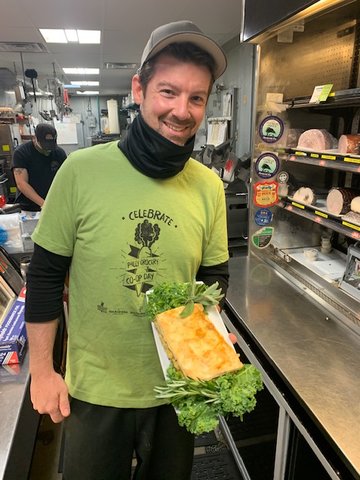 This week marks the annual national celebration of a fall staple: the chicken pot pie, the ultimate one-dish autumn meal.

The pie, which became an American staple in the 1950s in its frozen form, is the perfect dish for the changing season, something savory, warm, comforting and filling.

Before I write my ode to the savory dish, there are a few things I have to confess right off the bat: I am in love with chicken pot pies and yes, when I don’t feel like making fresh dough I have been known to go the frozen route, buying a “family size” version that makes a perfect, easy and complete dinner for four.

But when I started looking this week for tasty ways to make and enjoy the pies instead of buying the frozen style, I made an interesting discovery. Did you know that the chicken pot pie, for all its comfort and nostalgia, actually seems to be having a moment right now? Traditional recipe pies are in demand at local stores and restaurants, sometimes year-round, and some eateries are even paying tribute to the dish with interesting variations that look nothing like pot pies, but sure taste as good.

Let’s start with the traditional. The secret to a great pot pie is definitely in the crust – the flakier the better – but it’s also in the gravy. The mixture of flour and butter must be in equal ratios to work up a roux that, when mixed with stock and cream, will create a soupy consistency, not a stewy one, according to Weavers Way’s Prepared Food Manager John Adams. He makes a dead-on traditional version with a homemade puff pastry crust, and goes all out with some fresh veggies, heavy cream, chicken stock and of course, fresh chicken.

“We try to keep it as traditional as possible,” Adams said. “The consistency of the mix is what matters most. Equal parts butter and flour makes the roux thick.”

While chicken pot pie typically includes carrots, celery, potatoes and peas, corn is often thrown in. But it is the pastry crust – store-bought or homemade – that differentiates it from other hot pies like the shepherd’s pie or cottage pie. Made with minced lamb, the shepherd’s pie calls for mashed potatoes as its bottom and top crusts, not pastry dough. The cottage pie, made with beef, also calls for mashed potatoes. Campbell’s Place makes both a chicken pot pie and a shepherd’s pie but maintains that the chicken version is always popular.

“The Campbell’s Place chicken pot pie is such a staple, that we always keep it on the menu,” said chef and owner Rob Mullen, adding it “seems to always hit the spot when someone is seeking warming, flavorful comfort food.”

Still somehow not in the mood for a traditional chicken pot pie?

If you feel like the crust is too much distraction from the hearty interior, you could always serve the pot pie like Iron Hill Brewery, which makes a pan seared chicken and vegetables dish that it defines as a “deconstructed” chicken pot pie. Iron Hill used to have a seafood pot pie and a chicken pot pie on the menu, but this latest take gets rave reviews.

The dish consists of a piece of pan-fried chicken, served alongside the traditional and not-so-traditional veggies like carrots, cauliflower and red bliss potatoes. They place a fresh biscuit on the plate, then top everything with the trademark chicken pot pie gravy.

“It’s all the same ingredients, just deconstructed,” said Iron Hill Chestnut Hill general manager Shaun Sawyer. “When the chefs designed it, they had the pot pie in mind.”

If you want to get even more adventurous with your chicken pot pie remake, try the ultra-Americanized version from Humpty’s Dumplings in Glenside, a noodle bowl and dumpling café on Keswick Ave.

Their “chicken pot pie noodles” dish is a carb fiesta, with a bowl of spaghetti noodles swimming happily in chicken pot pie ingredients and gravy, then topped with crumbled crust pieces.

“I think we get more orders for it when it is colder but it’s a pretty good seller year-round,” said one of the owners, Phillip Yesenosky. “It’s one of our top two or three dishes.”

If you are finally craving some pot pie – another confession,  I actually went to the grocery store and bought one in the middle of writing this story – here is the version sought out by pot pie devotees at Weavers Way.

To make the dough:

Mix butter, which should be as cold as possible, with flour and salt. Add a few tablespoons of cold water at a time to form the dough ball. Hand knead it to maintain proper consistency. Refrigerate dough for one to two hours before rolling out.

To make the filling: Melt butter in a sauce pot. Add carrot, celery, onion and sweat until half cooked. Add chicken, corn and peas and cook for another 10 minutes on low-medium heat. Add salt and pepper.

Add flour and stir with spatula to make the roux. Add chicken stock and bring to a simmer. Add heavy cream and adjust seasoning, or add aromatic herb at this point. Continuously stir so roux does not stick to the bottom of the pot. Add boiled potatoes to the mix. Allow filling to cool overnight.

When ready to bake, place pie crust in the baking pan, pour filling into pan. Weavers Way tops the filling with a homemade puff pastry dough, but any store-bought dough will work. Brush top of dough with egg wash before baking. Bake 15 to 20 minutes at 400 degrees.

Not up for making a chicken pot pie from scratch? Here’s where you can get your fix this month: