Lantern’s entry into the neighborhood would mean two theaters on the same 7100 block of the business corridor.  The other, Quintessence Theatre Group, is located in the historic Sedgwick Theater building. And that has the potential to create a Shakespearean tragedy of a parking situation if the two theaters were to hold productions on the same night. 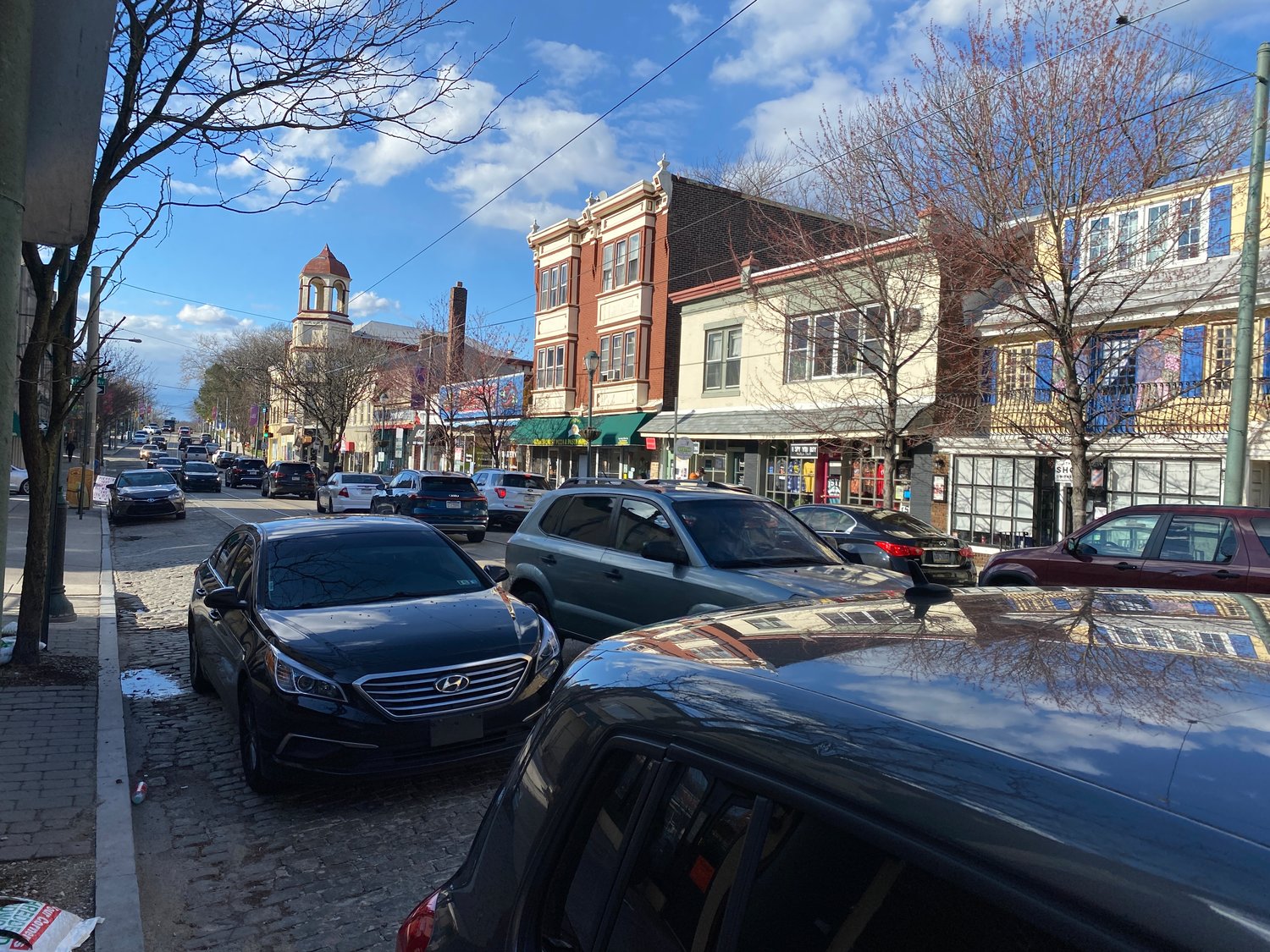 The news of the Lantern Theater’s imminent arrival at the former Presbyterian Church on the corner of Germantown and Mt. Pleasant Avenues in Mt. Airy will likely come with a lot of positives, such as an enhanced arts scene and a more revitalized commercial corridor.

But there’s also one big negative: Lantern’s entry into the neighborhood would mean two theaters on the same 7100 block of the business corridor.  The other, Quintessence Theatre Group, is located in the historic Sedgwick Theater building. And that has the potential to create a Shakespearean tragedy of a parking situation if the two theaters were to hold productions on the same night.

It’s a situation that highlights a growing problem for Mt. Airy’s central business district: As the strip continues to revitalize, it will draw more customers - adding more cars to an already challenging parking environment.

In an attempt to solve that problem in a comprehensive way, a group of Mt. Airy stakeholders led by developer Ken Weinstein met recently to brainstorm solutions. Included among several ideas was the creation of a parking foundation similar to the one in Chestnut Hill.

“There was a lot of interest in a parking foundation or agreements with several parking lot owners in Mt. Airy to allow for parking by area residents and businesses and their customers,” Weinstein said.

Mt. Airy’s parking congestion is primarily centered around the 7000, 7100 and 7200 blocks of Germantown Avenue, which stretches from Sedgwick Street to Allens Lane.

“It’s certainly not the quickest and easiest solution, creating a new organization,” he said. “But I’m not saying it wouldn’t be worthwhile.”

The Chestnut Hill Parking Foundation was started in the 1950s when it was founded with help from Chestnut Hill community activist Lloyd Wells.

Wells “felt that Chestnut Hill needed to step up and do something to be competitive with the suburban shopping centers so he wrangled people together and suggested that the different commercial properties agree to join their rear yards in back of the buildings and pave them to create parking lots,” Dawson said in an earlier interview, when he was still with the Chestnut Hill Business Association. “He was able to convince everyone at the time that it was in their collective best interests and in the interests of Chestnut Hill long-term to have these parking spots, and that was a suitable trade off for giving up their rear yards.”

To this day, Dawson said, “everyone still finds value in it.”

But that wasn’t the only potential solution stakeholders discussed. Weinstein talked about an “education campaign,” which would alert drivers to places where parking is available, so that they wouldn’t have to park in front of people's houses on unit blocks.

“Every time somebody calls a restaurant for a reservation, every time they call a theater to buy a ticket to a show they can be given a message on parking,” Weinstein said.

West Mt. Airy Neighbors President Steve Kendall, who was also at the meeting, said such a campaign could be successful because “there does not seem to be a shortage of parking, but what is available is not well marked or accessible.”

Weinstein agreed. He cited several parking lots, including the Acme parking lot and the Univest parking lot, as available parking space that Lantern Theatergoers could use.

He also cited the parking lot behind the Sedgwick Theater, which is owned by developer David Fellner, as a possible solution. That lot is widely expected to eventually be developed for housing, but Weinstein was confident that parking would still be available onsite if that were to happen.

“If there were a sale and a new building, it would come with parking,” he said. “I’m confident that whatever goes in there will have its own parking. I believe that the zoning code requires that and I believe the spaces in that new development would not be marketable without parking.”

Weinstein said a follow up meeting is slated for April 8.

Janis Risch, executive director of the Mt. Airy BID, said that the parking committee is providing an opportunity for people to “identify issues and look for areas of positive impact we can make” involving parking.