The economic boom following World War II led to an even larger consumer culture and increased the desire for even more stuff, especially clothing, shoes and accessories. 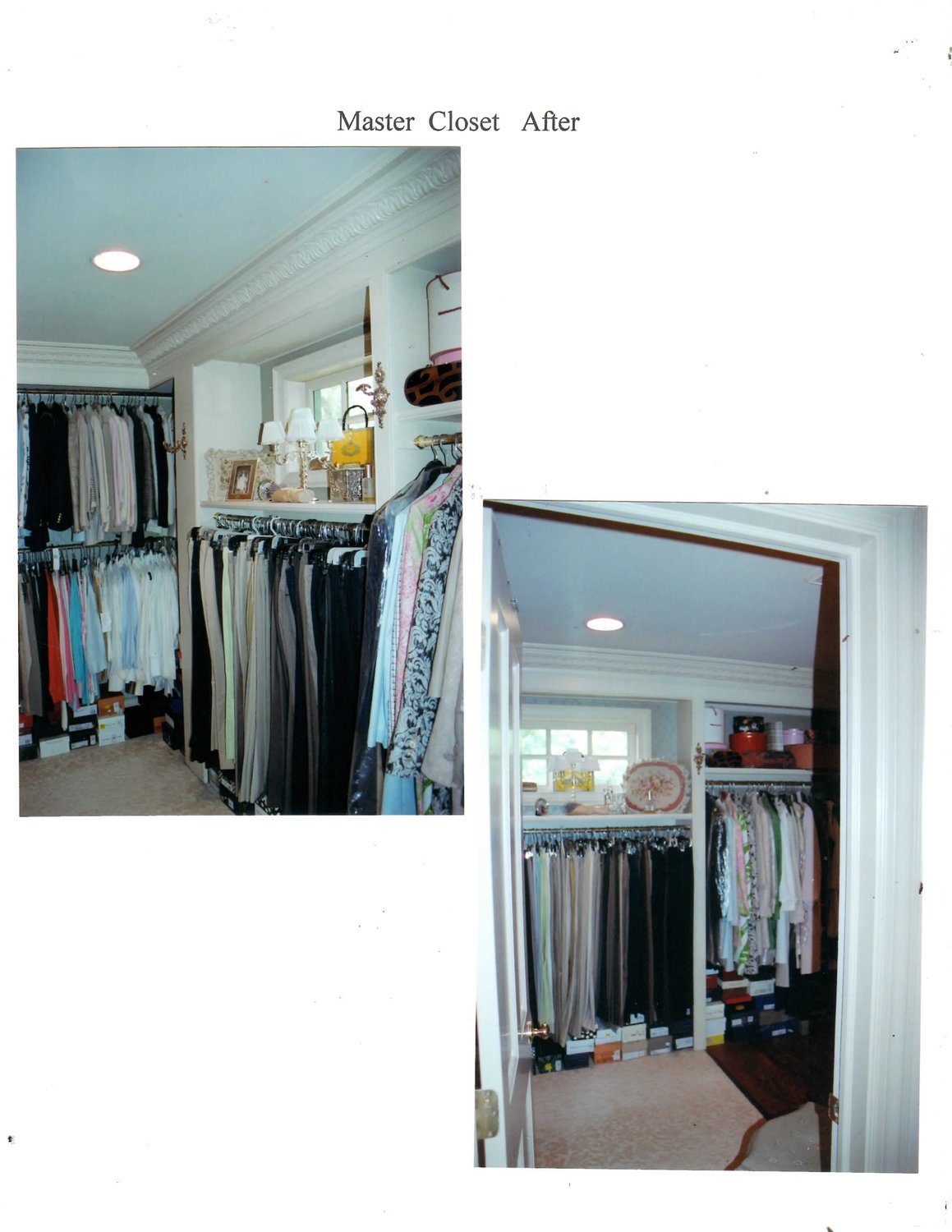 Utilizing the space of an outdated bathroom, and a section of an extra bedroom, this luxurious walk-in closet was created.
Posted Wednesday, May 4, 2022 11:38 am
by Patricia Cove

Historically, a home built in the early 1800s did not have closets.  Dedicated spaces that were meant to hold clothes were considered rooms, and taxes were based on the number of rooms in your home. To avoid those extra taxes, clothing was stored in armoires, dressers or chests.

With the age of industrialization came the ability to collect more stuff, which in turn gave rise to the closet being built directly into the wall. This rapidly became a standard feature, very basic in appearance, but functional in its use.

The economic boom following World War II led to an even larger consumer culture and increased the desire for even more stuff, especially clothing, shoes and accessories. The built-in, linear closet evolved into more of a walk-in space that allowed for all those newly acquired extras.

As time went on, designers, architects, and creative home owners realized that the closet could become even more efficient and attractive if it became even larger, and more of a room.

There was just one problem. The owners of more historic homes realized they were still closet challenged. The smaller rooms of those antique residences just aren’t big enough.

The only solution was to convert an existing room into that coveted closet space.  A smaller extra bedroom could serve quite nicely.

Dimensions become critical at this point. Existing doors and windows need to be calculated into the closet layout, providing access and important natural light.  An optimal ceiling height of 7 feet is needed to allow for layered hanging areas, as well as an area to accommodate longer suits and dresses. The depth of the hanging areas should be about 21 inches, allowing for the hanger and more bulky items like winter coats.

A good contractor will be able to make your vision a reality by completing a closet layout and incorporating open shelving for bags and shoes, and drawer space where you can keep things out of sight. The contractor can also work with an electrician who will produce that all important lighting plan.

Taking your closet to the next level may add some dollars to the project, but can give the space a warmer, more luxurious look and feel.  Selecting a stained wood like mahogany or cherry will lend itself well to a more masculine look. The addition of crown moldings,  interesting wallpaper, and decorative finished hardware in brass, pewter or bronze will contribute greatly to the final outcome.  A full-length mirror, and a centered mounted light fixture or chandelier will add to the light level while adding a special sparkle.

If a custom-designed closet is not in the budget, many call on closet specialty companies that will take a measurement of the space and install basic hanging and storage areas that will fit any room. You still get to choose your own colors and finishes, but at a much more economical price point.

This process will give you the basics, while allowing you to paint, carpet, and decorate the space on your own.  Leaving an open area for freestanding pieces like chests of drawers or seating like a small bench or ottoman, can achieve that custom look while saving money.

No matter which direction you decide upon, a well-designed layout, combined with accents commonly seen in the more public spaces of a home will give your closet a cozy and welcoming appearance. More importantly, it will deliver a functional space that will help and encourage you to look your best each and every day.

Patricia Cove is Principal of Architectural Interiors and Design in Chestnut Hill, and can be reached through her website: patriciacove.com.