Compelling new book on visits to strangers in prison

Not many people would be willing to visit inmates in prison who are complete strangers, and who may have committed horrific crimes, such as murder and rape.

Compelling new book on visits to strangers in prison 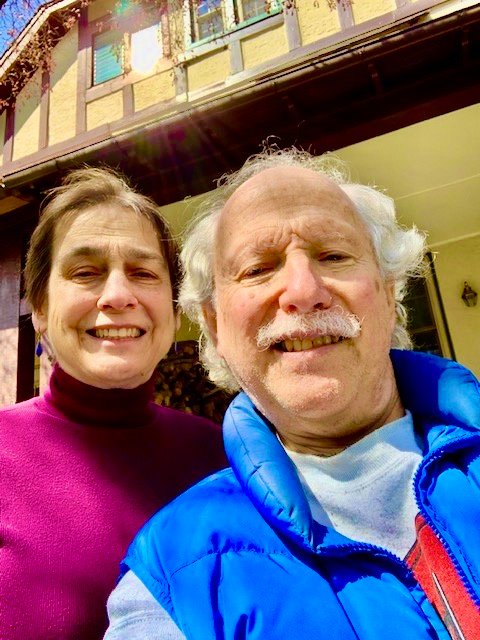 Eric Corson, of Germantown, ran the nonprofit Prisoner Visitation and Support, and wrote the new book, “Reaching Beyond Prison Walls: Stories of Volunteer Visitors and the Prisoners They See.” His wife, Jean, was a Montessori teacher for 35 years.
Posted Thursday, April 14, 2022 12:00 am
by Len Lear

Would you be willing to visit inmates in prison who are complete strangers to you and who may have committed horrific crimes, such as murder and rape? And keep visiting them regularly to engage in lengthy discussions about whatever is on their minds? And, to make matters even more difficult, face resentment from prison staff “who can’t find the memo” that permits the visit after you’ve made the long trip to a federal prison?”

Not many people would do this, but the ones who do are “very special and amazing human beings,” insists Eric Corson, 76, a 44-year resident of Germantown who spent four decades visiting 110 of the nation’s 122 federal prisons and running the nonprofit organization Prisoner Visitation and Support (PVS).

Corson retired in 2017. But then he made a “farewell tour” across the country (like a rock star) for two and a half years, visiting more than 100 prison volunteer visitors in dozens of states. He spent four years compiling their experiences, along with comments from inmates, in a remarkable nonfiction book, “Reaching Beyond Prison Walls: Stories of Volunteer Visitors and the Prisoners They See,” recently published by the self-publishing company IngramSpark in Nashville.

“The whole concept is to not to ask about their crimes,” Corson said. “Over time, most will tell you about them. They have to trust you. The prisoner sets the agenda.”

In Philadelphia, the visits occurred at the Federal Detention Center, at 6th & Arch Streets, where some inmates talked about regretting what they did; others did not, Corson said.

“We are not there to judge. Many never had another person care about them. Many of them used people their entire lives and were used. A warden asked me why a visitor would want to visit a killer. I said, 'They look at [prison staffers] as the enemy, but we get to see their good side.'

“That would be a different book,” Corson said. “Nobody is condoning what these inmates did, but there's nothing we can do to help the victims. There are organizations that do that, though. We do encourage the inmates to rethink their lives - the drugs, the snazzy cars. We want them to think about alternatives. No one listens to them. We do. And it is not easy to listen to what they have to say.”

Inmates are willing to talk to volunteer visitors because they are not prison employees, psychologists or social workers, Corson said.

“We have never had a bad incident in the 40 years I was involved,” Corson said. “If something bad happened, that would be the end of the program.”

Volunteer visitors spend time with inmates who rarely receive visitors. One warden would specifically ask the volunteers to visit those inmates.

“I visited a man who had not had a visitor in 32 years,” Corson said. “He was overwhelmed by the sight of the people in the visitors' room and even by the vending machines.”

Born in Minnesota, Corson grew up in Queens, New York. He majored in music at NYU and taught instrumental music in New York public schools for three years.

He was greatly influenced by two half-sisters in Ohio who were Quakers. In 1967, while the Vietnam War was raging, Corson applied for conscientious-objector status and received it. So instead of serving in the military, he was allowed to do two years of alternative service working with the American Friends Service Committee in Columbus, Ohio. In that job, he visited many young men who were in prison for refusing to fight in Vietnam.

Corson came to Philadelphia in 1977 to take over the directorship of PVS, which is headquartered here. They asked him for a two-year commitment, and he stayed for 40 years, overseeing about 400 volunteer visitors who come from all walks of life. He  retired in 2017. He moved to Germantown in 1978.

“But when I knew I'd be retiring, I could not just stop [visiting]. That is why I did the 'farewell tour' and met with more than 100 volunteer visitors around the country. I recorded all the interviews. It took me four years to finish the book,” Corson said.

Corson's wife, Jean, retired last June after working as a Montessori teacher for 35 years. The couple married in 1994 at the Greene Street Monthly Meeting in Germantown. Their daughter, Tuyet, whom they adopted from Vietnam in 1997, is 24, and living and working in Boston as an audiovisual technician.

For more information, visit prisonervisitation.org. Len Lear can be reached at lenlear@chestnuthilllocal.com