Coro Mundi to perform next Sunday

Coro Mundi is planning its first live choral performance of 2021 at the Presbyterian Church of Chestnut Hill on Oct 10, 4:30 p.m.

Coro Mundi to perform next Sunday 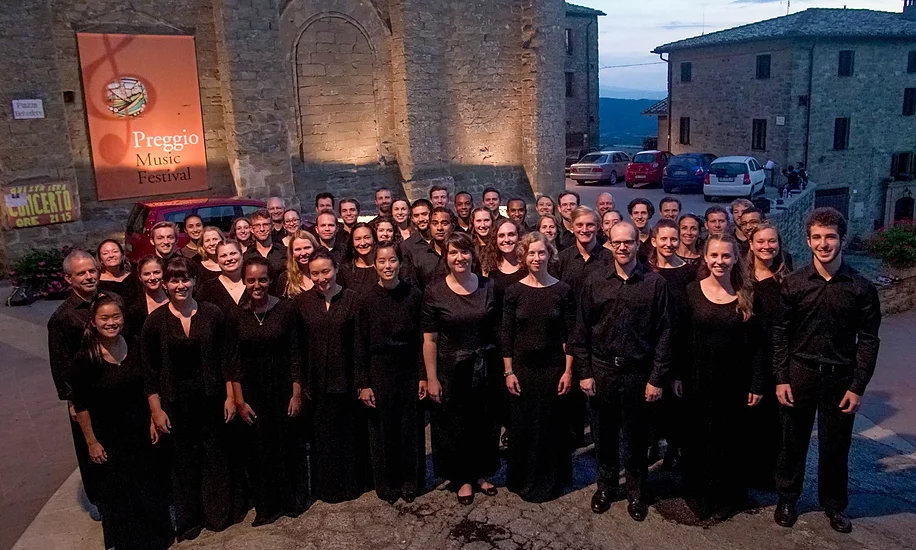 The group, all professional and skilled amateur singers from high school choirs led by Kushner during his years teaching at Germantown Friends School and Exeter, came together in 2018 for a festival performance in Italy.

The  performances will bring together 20 of Coro Mundi’s finest U.S.-based singers from throughout the Northeast and as far away as California for a wide-ranging and emotionally powerful program that features the work of leading contemporary composers, such as Paul Mealor, Marek Raczynski, Jonathan Dove and Eric Whitacre, as well as pieces by beloved, familiar composers from Leonard Bernstein to Aaron Copland.

Featured on Coro Mundi’s October program will be portions of “The Sacred Veil,” a work for choir, piano, and cello by Eric Whitacre, a composer “of captivating music of rare beauty,” according to NPR’s All Things Considered. Whitacre and poet Charles Anthony Silvestri explore the thin boundary between life and death, reflecting on the loss of a loved one while ultimately celebrating the transcendent love that creates a sense of peace and welcoming home. The choir will be accompanied by assistant conductor Ken Lovett and guest cellist Thomas La Forgia.

“Our music’s common thread is the potential to open hearts and inspire connection with our audiences and with one another,” said Stephen Kushner, Coro Mundi’s musical director and conductor. “We’re all looking forward to experiencing that connection again.”

If opening hearts is the thread that unites Coro Mundi’s music, the force that binds the choir’s members is Kushner. In an influential career spanning more than 35 years, Kushner has served as
the conductor of school choirs, church choirs, festival choirs, community choirs, and professional choirs. Many of Coro Mundi’s singers belonged to a school ensemble that Kushner directed—the older members during Kushner’s long tenure as director of choral music and chair of the Music Department at Phillips Exeter Academy in New Hampshire, and the younger members during Kushner’s 13-year run at Germantown Friends School in Philadelphia (he retired from teaching in 2018).

“The spirit of so many  of us having formative experiences with Steve puts us on the same page as musicians,” said Nicholas Weininger, a software engineering consultant and choral composer from San Francisco, who sang with Kushner at Exeter. “In our most impressionable years, he shaped our musical sensibilities and our performance practices.”

That shared passion is what motivated Kushner’s former students to set aside their daily responsibilities as teachers, doctors, engineers, political activists, college students, and professional singers and travel from their homes in Australia, England, Italy, Switzerland, and across the United States to gather for the choir’s first performances in Orvieto, Italy, in 2018. Energized by their successes in Italy, the choir made plans to gather and perform in Europe again for another festival in the summer of 2020. The pandemic forced its postponement until the summer of 2021, and then its cancellation.

Donations accepted at the door.

For the health and safety of everyone concerned, all audience members will be asked to provide proof of vaccination and to wear a mask.