Demolition of 30 W. Highland Ave. got underway last week, marking the start of construction for a controversial condominium project that sparked endless neighborhood debate over the nature of development, what historic preservation really means and just what new housing in Chestnut Hill should look like. 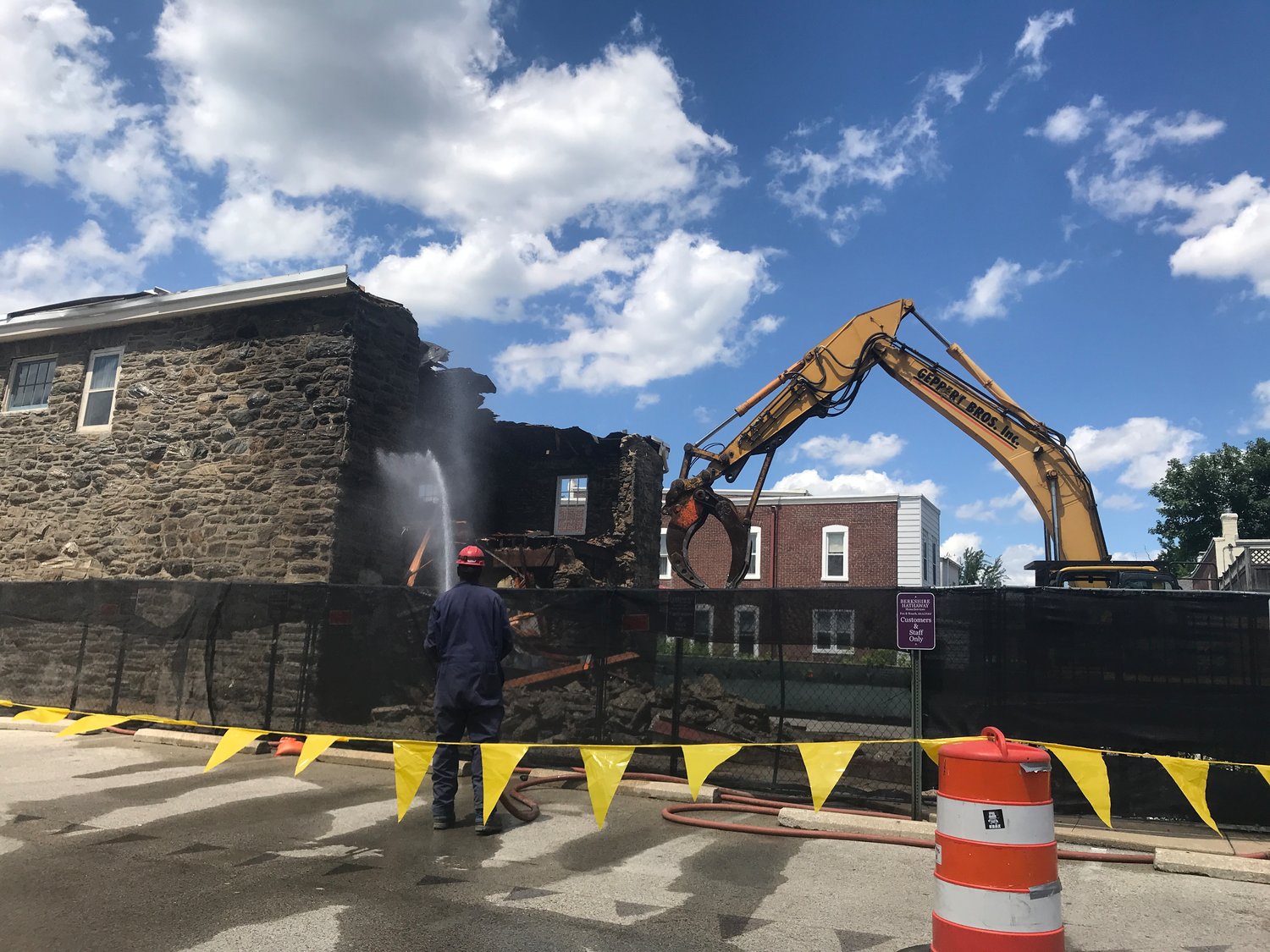 Demolition of 30 W. Highland Ave. got underway last week, marking the start of construction for a controversial condominium project that sparked endless neighborhood debate over the nature of development, what historic preservation really means and just what new housing in Chestnut Hill should look like.

The project, which was the subject of some 20 outdoor meetings by the time it was approved by the Chestnut Hill Community Association last spring, replaces a roughly 5,000-square-foot office building on a .4 acre site with a 10,000-square- foot complex of eight townhouses, each of which has a two-car garage.

Neighbors who organized to fight the project did win some design concessions, including an agreement to pull rooftop terraces in from the edge of the building. They now say they will be keeping an eye on parking agreements, and cleanliness and safety at the job site.

Lori Salganicoff, executive director of the Chestnut Hill Conservancy, which fought the project, said the developer did not place enough value on the inherent value of the historic district’s overall context.

“We wish that the original building could have been repurposed, and kept, and we are sorry to see it go,” she said.

Larry McEwen, the architect who designed the project, said the new units will enliven what had been “dead” space on the block.

“I personally hope that my drawings are carefully followed in the project’s construction, and look forward to knitting the block back together . . . from Kilian Hardware southwestward on Highland Avenue,” he wrote in an email to the Local.

The building’s owner, Edward O'Reilly Heating and Air Conditioning Co., has since moved across the street.