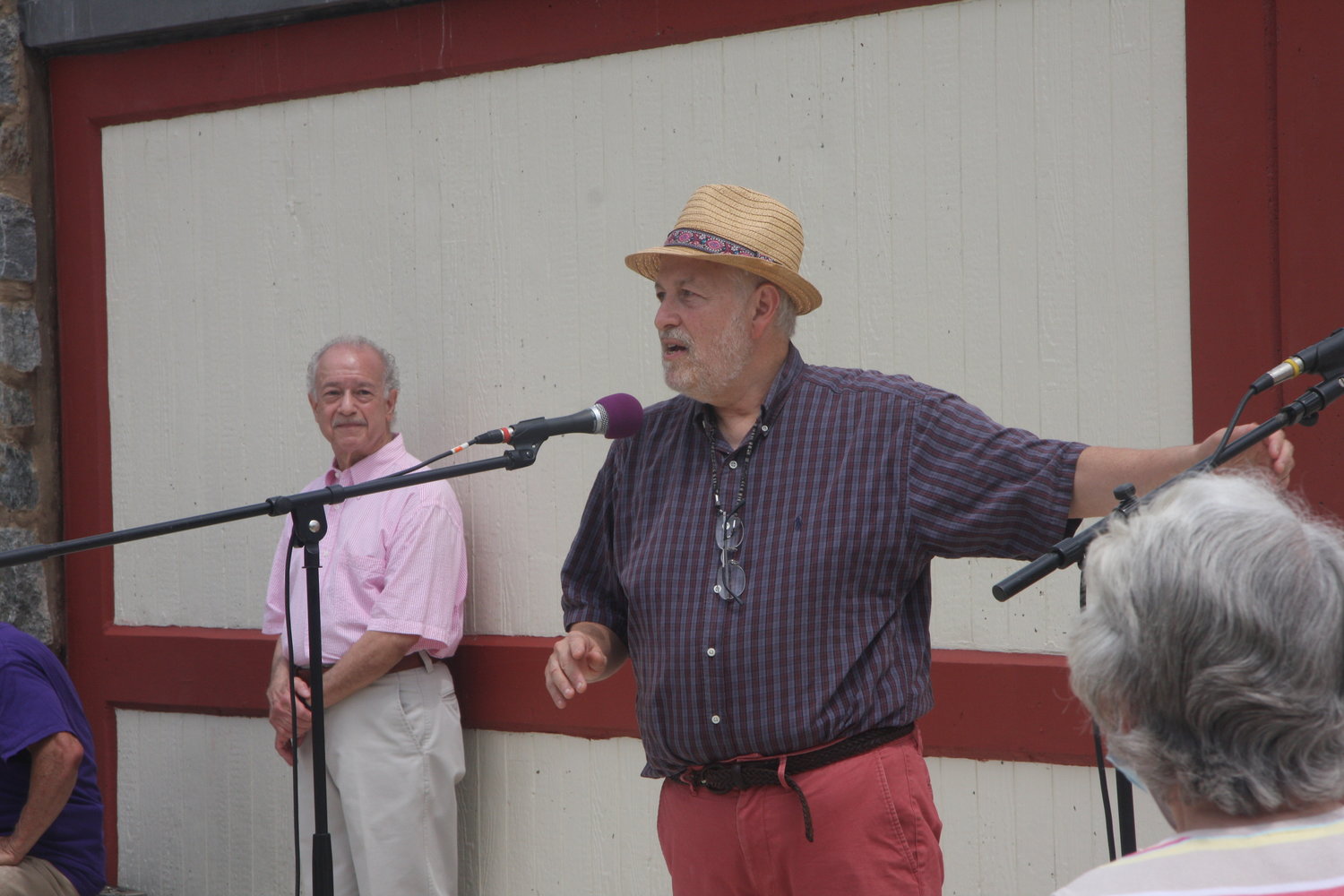 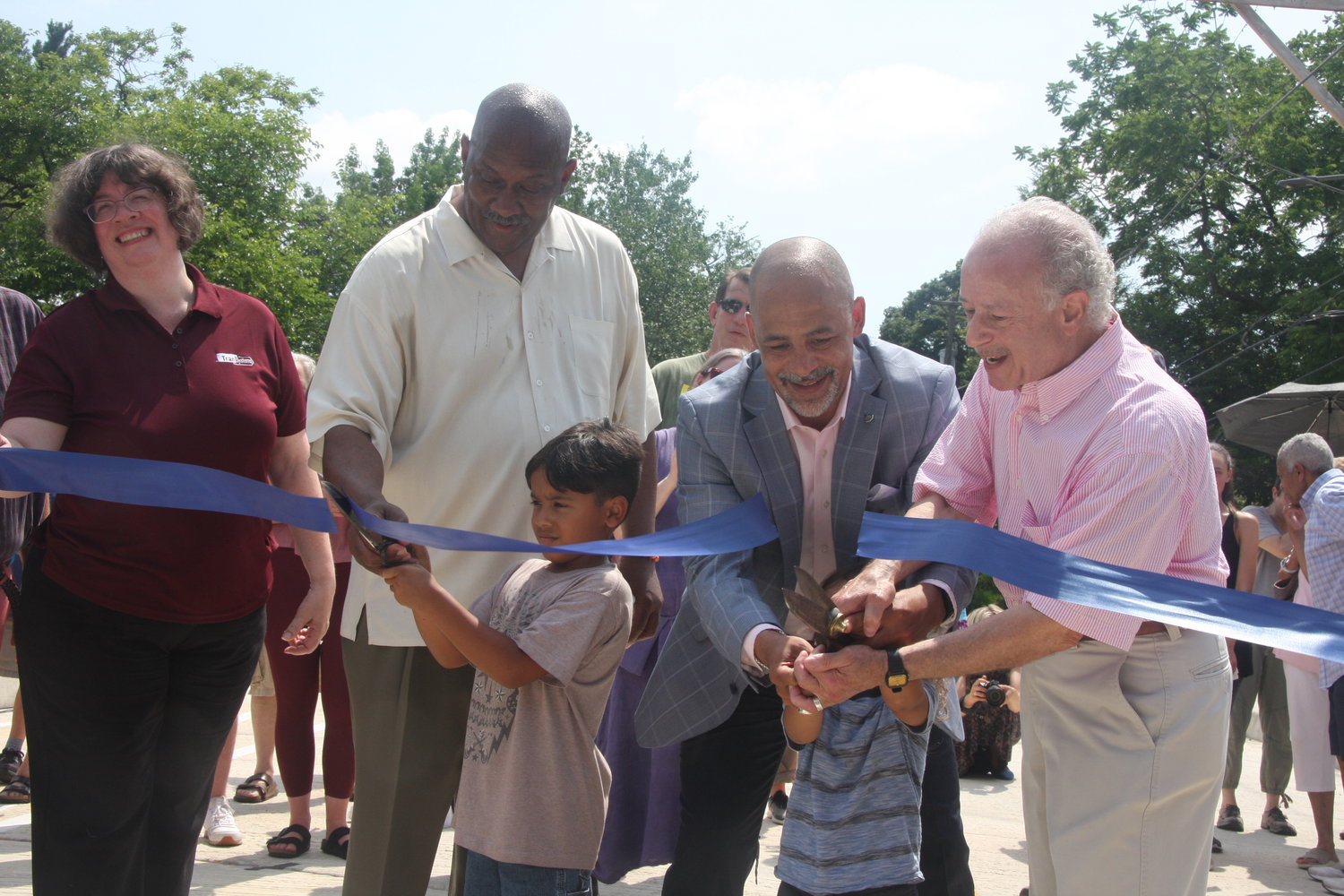 When the Allens Lane Bridge was closing for repair, the neighbors got involved

The Cresheim Village Neighbors started in 1988 as a town watch after a break-in. Today, it has transformed into a giant among local community organizations.

“People here know each other. We interact with each other a lot. In fact, that’s why we evolved,” said Steve Stroiman, the Neighbors’ coordinator. “We have had many opportunities to get to know one another through social, cultural and civic involvement.”

Formerly known as The Mt. Airy-Nippon-Bryan-Cresheim-Dewarm town watch, it switched from a town watch to a neighbors association in 1998, with 300 households spanning eight blocks, 10 years into its existence. In March, 2020, it changed its name to the Cresheim Village Neighbors Association. The informal boundaries of the association are the 100 blocks of Nippon St., Mt. Airy Ave., Durham St., and the 7100 and 7200 blocks of Cresheim Rd. & Bryan St. (from Mt. Pleasant to Allens Lane).

They conduct monthly meetings over Zoom; have an active listserv and an informative monthly newsletter; help to maintain the grounds at the Allens Lane Train Station; hold an annual porch sale; privately contract to have their streets plowed during the winter; and secure grants from the city to help fund the neighbor association, among other initiatives.

One of the Cresheim Village Neighbors Associations’ most recent accomplishments was working closely with PennDOT for the Allens Lane Bridge renovation. Both parties had help from an unlikely source.

Eric Sternfels, who lives on Allens Lane, is a University of Pennsylvania graduate with a master’s in architecture. As a registered Pennsylvania architect, he practiced for 10 years, undertaking projects such as The Community College of Philadelphia’s gymnasium and student union building, along with a renovation of The Franklin Institute.

He attended a meeting in April, 2018 to voice his input on the bridge renovation in front of the Cresheim Village Neighbors, PennDOT and TranSystems Corporation, a national transportation consulting firm tasked with the renovation by PennDOT.

Sternfels said he was worried the plans laid out for the Allens Lane Bridge renovation would block the view of recent renovations to the Allens Lane Train Station’s platform and overpass. In particular, the walls of the bridge on the prospective design seemed too tall and long for Sternfels.

After asking a series of questions at the meeting to the Cresheim Village Neighbors, PennDOT and TranSystems Corp., the vice president of TranSystems Corp. gave his contact info to Sternfels.

From April, 2018 to July, 2021, Sternfels worked with the firm to build a bridge that didn’t obstruct the view of the train station. All of Sternfels’ work was done free of charge, which included sketching, drawing, giving notes, adding marks, changing dimensions and making adjustments to the design of the bridge. The Chestnut Hill Local described the new bridge as “a mix of painted wooden walls, Wissahickon schist and curved end pieces.”

Sternfels was informally given the title of community liaison for his efforts, making connections along the journey.

“I developed a bond with the community at various community meetings where I listened to how they thought the bridge design ought to be directed,” Sternfels said. “It was a really satisfying job.”

Coordinator Stroiman reflects on the bridge project with sincerity.

“It became a collaborative effort on the part of the community, the design firm (TranSystems Corp.) and PennDOT,” Coordinator Stroiman said. “It was amazing to work with PennDOT. To have people who were so receptive and including to us as a community--it was absolutely incredible.”

Even though Sternfels worked for free, he didn’t mind. One reason is because of the input of several Cresheim Village Neighbors.

“The organization (Cresheim) really enabled me to live out that title of community liaison in a way that was getting input from people who were paying attention.”

Sternfels also said the use of the neighbors’ listserv was a driving vehicle when it came to the neighbors voicing their input.

Stroiman and his fellow neighbors held a reopening ceremony for the new bridge, hosting over 100 attendees for a day of celebration.

Stroiman provided aspiring neighborhood associations with advice. Stroiman said they often start over a problem, such as a break-in of a home or vehicle. The goal is to continue the group once crime decreases, which puts an emphasis on the social element and finding ways to interact with one another so the relationships made can be sustained. Stroiman also said both trust and communication are key factors, along with staying active during hard times, like the COVID-19 pandemic. Another area of interest is working alongside government agencies.

“People need to know if they want changes, they have to take charge. We, in general, rely too much on our elected officials and city-wide agencies. We expect them to know about all of the needs of the community, and to do everything for the community. What it really takes is a collaborative effort on the part of communities and their elected officials.”

Stroiman says he is fortunate to have been able to build “quite a network” with the community over the past 33 years. And the community as a whole should be fortunate for him.