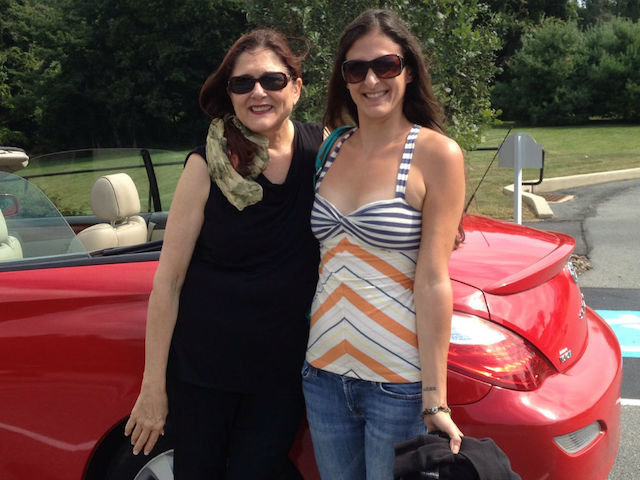 Elise Schiller and her late daughter, Giana, a Penn Charter graduate who died of a heroin overdose at the age of 33. Gianna’s death spurred Elise to chronicle the struggle with her drug addicted daughter in her book, “Even if Your Heart Would Listen.” Elise will read from the book on Saturday, Sept. 14, at 7 p.m., at Big Blue Marble Bookstore, 551 Carpenter Lane in Mt. Airy.[/caption]

Hardly a day goes by when there is not a story in the news about the opioid crisis, which affects every corner of the U.S. According to the Centers for Disease Control and Prevention, the nation’s leading national public health institute, more than 70,000 Americans died from drug overdoses last year, making it the leading cause of injury-related death in the country. Of those deaths, almost 68% involved a prescription or illicit opioid.

For Elise Schiller, however, this crisis is not merely a matter of statistics and newspaper headlines. It is personal. In January 2014, her daughter, Giana, an MVP award winner from Penn Charter High School for her swimming prowess and winner of countless medals, trophies and ribbons; graduate of the University of Vermont with a degree in English and veterinary nurse, died of a heroin overdose at the age of 33.

Elise, 67, who has lived in Germantown for the last 20 years and in Mt. Airy for the previous 20 years, has recounted this heartbreaking tragedy in her just-published (Aug. 27) memoir, “Even if Your Heart Would Listen: Losing My Daughter to Heroin.” She will discuss the book on Saturday, Sept. 14, at 7 p.m., at Big Blue Marble Bookstore, 551 Carpenter Lane in West Mt. Airy. Parade magazine recently listed the memoir among “The 10 most-inspiring books written by women in 2019.”

Giana had been a Division I swimmer at Rutgers University who suffered from depression, anxiety and anorexia. Giana left Rutgers after her freshman year because of the severe anorexic condition. She was in treatment for two years and then transferred to the University of Vermont. 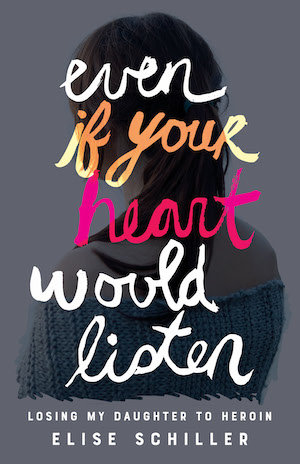 Elise’s just-published memoir, “Even if Your Heart Would Listen: Losing My Daughter to Heroin,” was recently listed among “The 10 most-inspiring books written by women in 2019” by Parade magazine.[/caption]

Her health had improved significantly, and she was working as a veterinary nurse when someone at her gym introduced her to Nubain, an injectable synthetic opioid. That eventually led to an addiction to heroin and a string of rehabs in Pennsylvania and then out of state. She overdosed in a treatment center in Colorado after spending the day with her sister.

Why has the country failed to solve the opioid epidemic?

“This is a very complicated question,” Elise told us last week. “First, we allowed pharma (the drug industry) to make an enormous amount of money marketing and selling opioids to people who didn’t need them. When that supply began to tighten, already addicted people turned to street drugs to avoid dopesickness.

“Secondly, use [of drugs] should not be a criminal justice issue, and too often it has been. We have wasted enormous resources arresting people instead of treating them. Of course, it would be helpful if interdiction limited supplies, but for the user, this is a medical issue. Third, treatment has been outdated, ineffective and uncoordinated. And stigma impacts everything.”

According to Elise, Philadelphia has actually been successful in implementing a variety of recommendations arising from the Mayor’s Task Force to Combat the Opioid Epidemic, of which she was a member. “For example,” she said, “in the past two years, the city, along with private partners, has blanketed Philly with the overdose reversal drug, naloxone, better known by its brand name, Narcan. Narcan is probably responsible for the 8% drop in deaths from 2017 to 2018. Every prisoner released who has OUD (Opioid Use Disorder) and every person discharged from treatment should be given Narcan.

“We need to do a better job of getting Narcan into the hands of family members since so many people die at home. We should decriminalize use and possession of personal stash of all drugs at all levels of government. Substance use disorders are medical conditions and need to be treated as such.

“At every level, politicians need to listen to the very smart addiction medicine doctors at the top of the field across the country and those on the front lines of the epidemic, like the staff at Prevention Point Philadelphia. We had a full day of testimony by medical and policy experts about Safehouse (proposed safe injection site) in federal court on Aug. 19, and not one person from City Council was in the courtroom, nor were the state legislators who have spoken up against safe injection sites.”

Elise graduated in 1978 from Temple University with a degree in early childhood and elementary education. She received an M.A. in English from Temple in 1985 and completed everything in her doctoral pursuit but her dissertation. She went on to have a series of jobs in education and family services, including AmeriCorps and VISTA service.

If Elise could meet and spend time with anyone on earth, who would it be?

“Well,” she replied, “my first answer to that would be my daughter, Giana. I miss her so very much. But of course, she is no longer ‘on earth.’ That not being possible, I would say the Williams sisters. I greatly admire their tenacity and resilience. I think I could enlist their help in addressing the opioid epidemic. They are smart, inquisitive and have very large public platforms.”

When asked about the effect of Giana’s death on other members of the family, Elise replied, “Family members are really the ‘collateral damage’ of this epidemic. My other children will never get over losing their little sister. It’s heartbreaking.”

For more information about “Even if Your Heart Would Listen: Losing My Daughter to Heroin,” visit EliseSchiller.com. You can reach Len Lear at lenlear@chestnuthilllocal.com