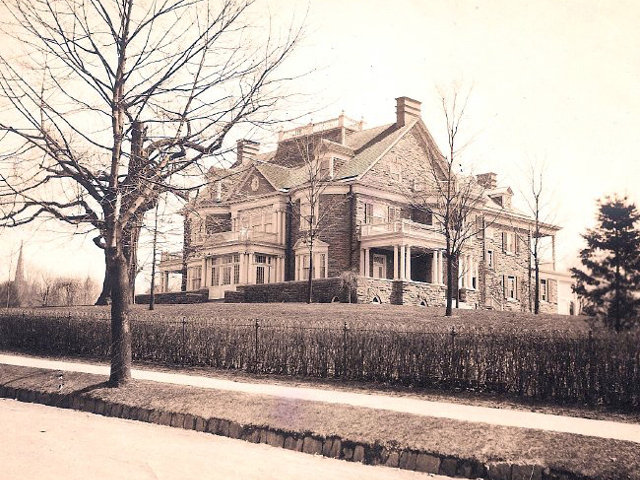 You have likely walked or driven down West Chestnut Hill Avenue countless times, but how much do you really know about this very special part of Chestnut Hill?

West Chestnut Hill Avenue offers a fascinating cross-section of residential architecture from the late 19th through the early 20th centuries. The houses lining this street were designed by some of Philadelphia’s finest residential architects, including the Hewitt brothers, Theophilus Chandler, Cope and Stewardson, Wilson Eyre, Mantle Fielding, and Will Price.

The stylistic variations range widely, from Victorian and Queen Anne to Colonial Revival to Arts and Crafts. The street was first laid out in the early 1860s, but development did not get going until the mid-1870s. By 1895, most of the houses were complete. Over the next 30 years, the empty lots were filled and, while some changes have occurred, the streetscape is much as it was some 90 years ago.

The tour will also include “fun facts” which you may not already be aware of. For example, do you know which house on West Chestnut Hill Avenue is actually constructed of two previously-standing houses moved together and then connected? Find out the answer to this question, and more, by coming on this tour! You won’t drive down the street in the same way again.

This is the first in the 2016 series of the Chestnut Hill Historical Society’s “Discovering Chestnut Hill” series of leisurely weekend walking tours. To make reservations for the West Chestnut Hill tour and to get information about our other tours, please go to chhist.org/walking-tours or call 215-247-9329 x 202.