Former Trump lawyer Michael Cohen doesn't look tough, though he says he is tough, very tough, or at least, used to be tough, very very tough – vicious even, on Mr. Trump's behalf – very … 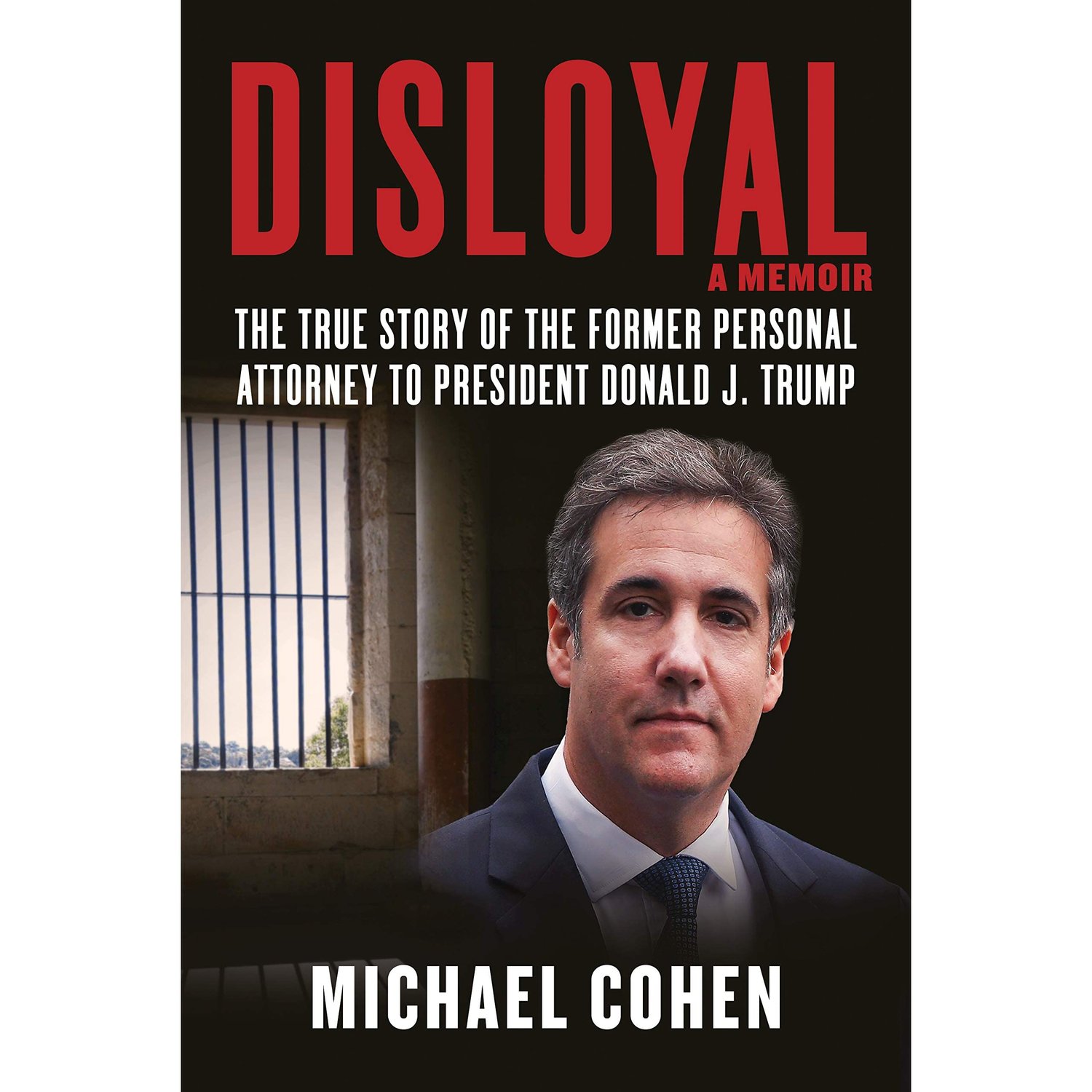 Michael Cohen’s memoir begs the question: When a Trump loyalist blows the whistle, will anyone listen?
Posted Friday, October 16, 2020 9:16 am
by Hugh Gilmore

Former Trump lawyer Michael Cohen doesn't look tough, though he says he is tough, very tough, or at least, used to be tough, very very tough – vicious even, on Mr. Trump's behalf – very intimidating, at least on the phone. But after looking at hundreds of photos of him, because he doesn't seem to look like the kind of person who did the kinds of things he says he did, I have to conclude that he doesn't look that tough.

With his warm Cocker spaniel eyes and soft, sort of pouty, mouth he looks like a kid from a good family who grew up hoping to be a wise guy. A rich wise guy. He's the guy in the police lineup the witness's eyes would pass right over. Mr. Normal in a good suit and great haircut. But after looking at all those pictures, I'd have to say he's just a bit off. His mouth or eyes always leak a desire to be liked, to be approved of. Like, he wants to be seen as one of the tough guys, but has a kind of Chris Christy-like "please adopt me" sign around his neck. It's all the more surprising then, that such a dog-pound supplicant could have been quite so vicious on behalf of his master.

And that's basically what Michael Cohen's recent tell-all memoir of his vassalage to Donald Trump is about. Cohen says he became a lawyer not to uphold the law, not to study jurisprudence, but to make money, lots of money, by using every loop and twist of law, truly or falsely applied, to get rich. He was never the president's consigliere-in-chief, but he did rise high in Trump World. Cohen says about Trump, "He needed a lawyer for when he was in the wrong: when he was trying to go around the law." Cohen got called in at first because he was willing to handle such messes in a manner free of the restrictions of decency, compassion, or truth. Threatening phone calls, lie campaigns, litigation unencumbered by facts. Trump stiffed him for the bills at first, but Cohen didn't mind. He was almost "with the band" on concert night. In fact, he was so good at what he did for "The Boss," he was invited to become what the Japanese call a salaryman, with an office even. And start to see how the digestive system of the Great Beast of the East Company churned out product.

The book reads like a love story, a characterization that Cohen probably wouldn't argue against if you added the word "jilted" to it. During his time there, Cohen says, "I was so vulnerable to his magnetic force because he offered an intoxicating cocktail of power, strength, celebrity, and a complete disregard for the rules and realities that govern our lives." There was no limit to what he'd do to solve the boss's problems. Like promoting a fake National Enquirer photo that claimed to picture Senator Ted Cruz' father with Lee Harvard Oswald on the day he shot President Kennedy. Or when he claimed President Obama was probably an affirmative action student at Harvard. When he suddenly found out Obama was top of his class, he worried that his own school grades would expose himself as less than a genius and had Cohen call his old high school and have his scholastic records removed, perhaps even obliterated. (Done through threats of lawsuits.)

Like a lot of other chumps, he felt that the attraction was mutual, that Trump valued and felt an affection for him too. He felt special in Trump's eyes. That pleasure didn't last long. The world caught up with the lies, the deceits and illegalities of some of the transactions he'd done on Trump's behalf.

In November 2018, Cohen pleaded guilty to lying to a Senate committee about efforts to build a Trump Tower in Moscow. On December 12, 2018, he was sentenced to three years in federal prison and ordered to pay a $50,000 fine after pleading guilty to tax evasion and campaign finance violations. That's the Wikipedia summary of how he paid hush money on Trump's behalf to silence the complaints of two women who'd had extra-marital affairs with Trump. When he saw he was going to take the rap alone, with no support from Trump (who referred to him "as one of my lawyers...he does things for me once in a while."), Cohen's faith in The Boss was crushed. Scorned, he has sought what looks like vengeance since.

Cohen went to federal prison in Ottsville, New York, in May of 2019. He served nearly a year till Covid19 considerations caused the prison to release him to home-based furlough. While in prison he began writing this book. The Trump Administration, including its bulldog, William Barr, tried to suppress the book, but Cohen's First Amendment countersuit prevailed. The book appeared on September 20.

The book feels like a juicy kiss-and-tell of essential workings of the Trump administration. It delineates how Donald-the-well-dressed-psychopath sees the world: as an unfair, corrupt playground where every means is fair because nobody, nowhere, no how, is fair, and he who "gets it" gets everything. The story reads as though Mata Hari meets the Medici on the set of "The Sopranos." But since Michael Cohen confesses in such detail to the many, many lies he's told in the past ten years, one has to wonder how honest he's being now.

It's a wonderfully entertaining and provocative book, but it feels sleazy because most of it vividly describes sleazy actions by Trump, Cohen and collaborating publishers such as David Pecker of the National Enquirer. If you don't like Donald Trump this is the insider's book that will thoroughly confirm your every negative opinion of the man. If you like Donald Trump, this book contains a pack of lies told by an expert and vicious liar, a loser The Boss hardly knew.