One of the more puzzling examples of culture lost in translation is the British musical act that fails to make a popular dent in the states. Plenty of acts from the British Isles are received … 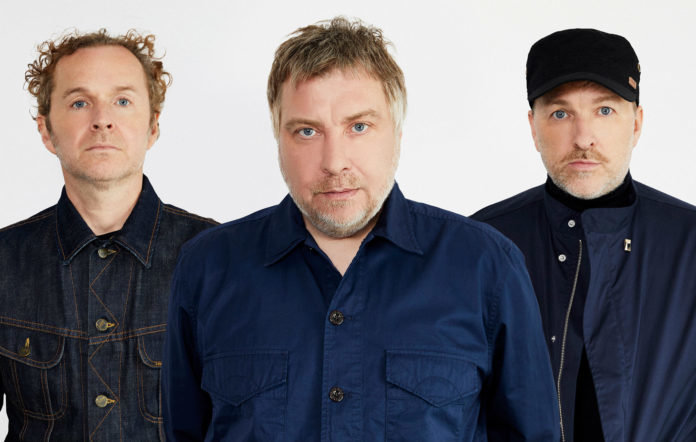 One of the more puzzling examples of culture lost in translation is the British musical act that fails to make a popular dent in the states. Plenty of acts from the British Isles are received rapturously here, from the Beatles and the Stones to U2 and Oasis. Even Radiohead, no one’s idea of a mainstream musical act, has enjoyed a considerable amount of popularity and prestige here in the U.S.

Yet some of Britain’s biggest bands barely register to US music fans. The 90s Britpop powerhouse Blur comes most immediately to mind for me. Right behind them has to be Doves, a Manchester trio that released its 6th studio album, “The Universal Want” last week to glowing reviews in the UK press and barely a shrug in the states. It was the band’s first record in 11 years and promptly went straight to number one in the UK album charts.

While the British critics called the latest Doves outing “a remarkable return to form” and other superlatives, the US-based Pitchfork, the music review site that sets the hipster standards for taste summed up “The Universal Want” as “men in their 50s channeling the memories of their teens through the music of their 30s.” Rolling Stone, not a publication eager to denigrate anything due to its age, made little  of the Doves’ new material, settling for “Doves amble as they surge, swirling in a middle distance between Radiohead and Coldplay.”

What is it about Doves that doesn’t translate?

I don’t have a good answer to that question. But Doves do represent the best of a form of moody, mid-tempo, atmospheric rock that doesn’t have much of an equivalent in the States. The superb Philadelphia band The War on Drugs comes to mind, but it’s still a stretch. In the UK, there are so many bands that do occupy that space of an alternative, post Britpop rock, from the aforementioned Coldplay to Kasabian, Elbow and Travis.

Where Doves excelled, and what they mostly recapture on “The Universal Want” is an expansive, atmospheric rock sound that draws as much from the crunchy guitars of millennial alt rock as it does from the big beat bass and drum grooves of their home country’s prodigious electronic dance scene. They are a band with a keen producer’s ear for a big, well-orchestrated rock song.

The album opener, “Carousels,” is just such an example. The track opens with a swirling synth pad for almost a minute before it opens to a sampled drum track performed by the masterful Afrobeat drummer Tony Allen, who died in April. That beat is joined by delayed, staccato guitar stabs and a thick, growling bass. It’s a muscular, full throated rock sound designed to fill stadia. When it comes to sound, Doves swing for the fences (to use a very American idiom). They don’t do much that would be mistaken for intimate or uncomplicated.

There’s not much the Doves can’t do well when it comes to channeling an influence, dipping in and out of genre. Afropop rhythms flavors “I Will Not Hide” and a melodic guitar arpeggio and conventional chord structure recalls the Kinks on the excellent single “Broken Eyes.” But every song is distinctly Doves in a way that fills a room, or a set of headphones.

Rounding out the Doves sound is bassist Jimi Goodwin’s vocals. His low, course voice lacks a lot of range, but the range it does occupy is tuneful and lends much of the Doves work a melancholy that is perhaps its most British character trait.

Liner Notes is a regular column on music from an admittedly Gen X point of view. Feedback on the column can be sent to pete@chestnuthilllocal.com