With Center City (Philadelphia) Restaurant Week running from September 18th through 30th, it is a great time to reflect on the history of our eateries, be they restaurants, taverns, luncheonettes, … 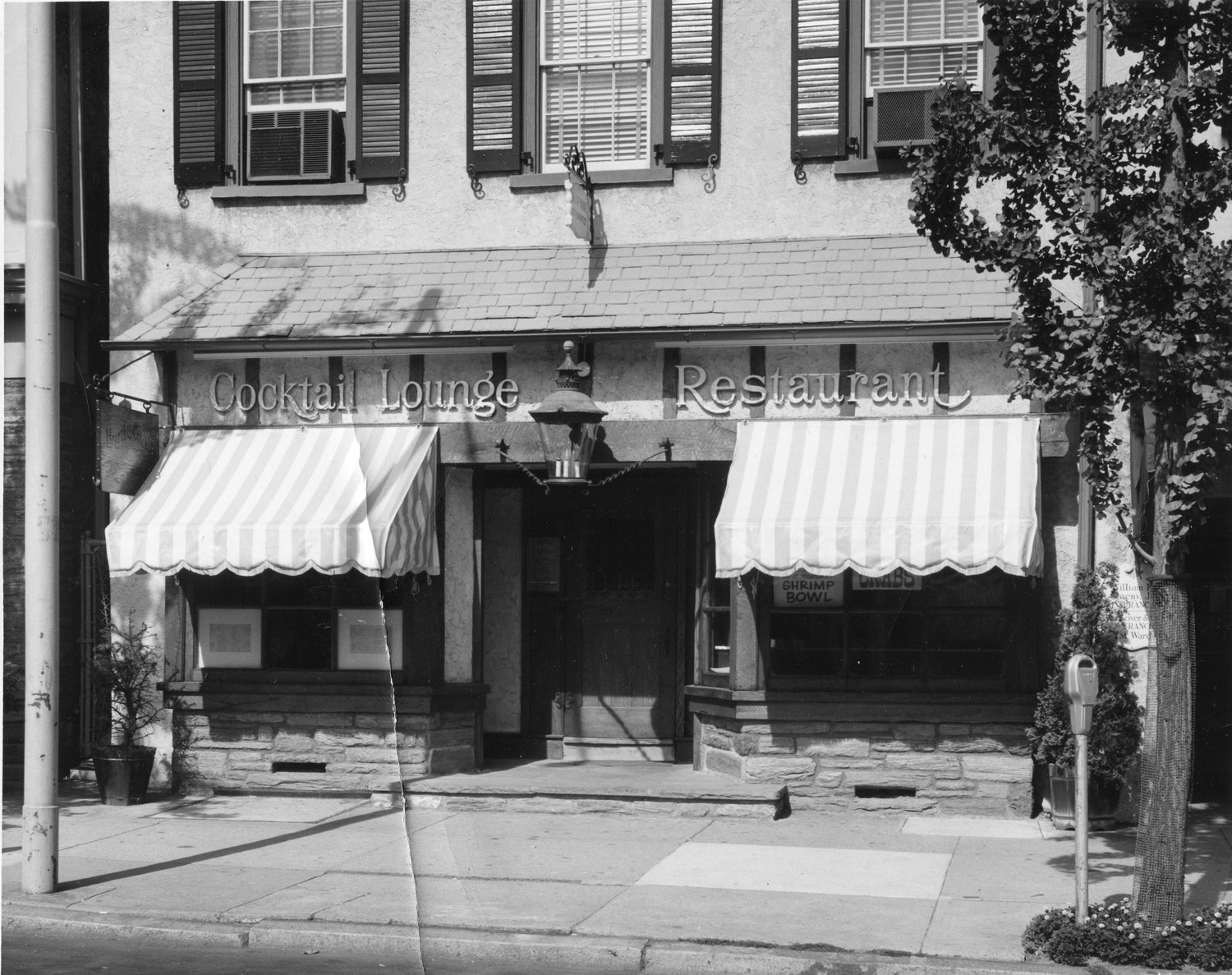 This photograph was taken of the Hearth and Cricket restaurant, which opened at 8515 Germantown Avenue around 1956. It would later become the home of The Depot, a much-loved pub which would remain in operation for around 25 years, before closing in 1994.
Courtesy Chestnut Hill Conservancy 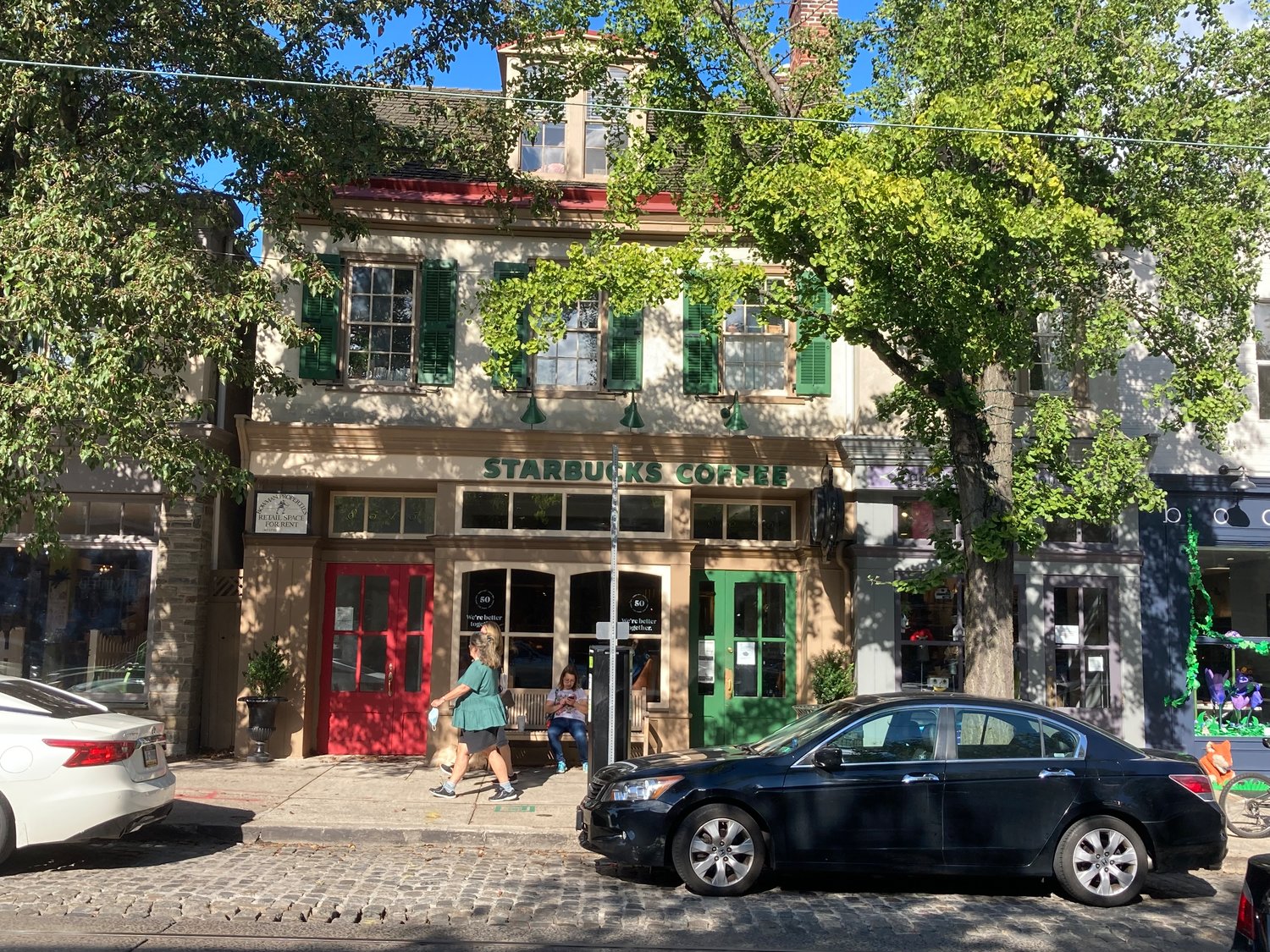 With Center City (Philadelphia) Restaurant Week running from September 18th through 30th, it is a great time to reflect on the history of our eateries, be they restaurants, taverns, luncheonettes, tea rooms, coffee shops, and cafes in our community.  This is an especially important time to do so, given the struggles that our local eateries have experienced as a result of the arrival of the COVID-19 pandemic.

In Chestnut Hill and in other communities along Germantown Avenue, the earliest eating establishments were inns and taverns, which provided sustenance and rest for weary travelers making the trek between Philadelphia and points north and west, including Reading, Bethlehem, and Easton. At the time, meals would have been available at places like the Mermaid Inn (the original Inn may have dated as far back as 1734 and was demolished in the early 1900s; the building replacing it was constructed in 1913), and at the Cress Hotel (now the home of Robertson’s Flowers and Events). Those along the Wissahickon Creek would serve catfish and waffles, which, as Dan Macey, President of the Historic Foodways Society of the Delaware Valley notes in his The Wissahickon Waffle Dinner: The Cheesesteak of its Day: “The fish was poached and not fried and then cooked in a creamy sauce made with mushrooms, Madeira wine and capers and then served over very-thin waffles.”

Inns and taverns continued to flourish along the Avenue well into the 19th century.  However, with the arrival of the railroads beginning with what are now SEPTA’s Regional Rail lines to Chestnut Hill East in 1854 and Chestnut Hill West 30 years later, the focus of local eateries began to shift, towards those living in Chestnut Hill and those visiting our area as a summer resort, with bars and taverns opening such as James McGlone’s saloon, which stood near the southeast corner of Germantown and Evergreen avenues, where the Wells Fargo Bank now stands.  The arrival of the “top of the Hill” trolley loop in 1927 appears to have brought with it opportunities for serving a new audience: those operating the trolleys.  Across Germantown Avenue from the loop, Philadelphia Rapid Transit (PRT) trolley operator Hugh McNally had recently opened his McNally’s Light Lunch at 8634 Germantown Avenue, now celebrating its 100th anniversary.  His luncheonette served those working with the PRT, and is known as one of the few restaurants serving members of the African American community at the time.

With the arrival of Prohibition in 1920, eateries along the Avenue could no longer serve alcoholic beverages.  This situation was made even more difficult by the arrival of the Depression.  As many area families no longer had extra spending money, they could forgo trips to the local restaurant as such expenses were not seen as necessary, an occurrence which certainly played out around the country. Eleanor Ward Altemus notes in her Chestnut Hill’s Main Street Shopping 1930-1935 that upon reviewing period Philadelphia city directories, she found there were only four restaurants listed on Germantown Avenue in Chestnut Hill, including those of Lawrence Devita (8407), James H. Fowler (7707), Rose McNally (8634), and Nicholas Rallis (8639).  The Ye Olde Stone House Coffee Shoppe was also listed, at 8316 Germantown Avenue.

It could be said that Chestnut Hill’s modern restaurant scene didn’t arrive until the early 1950s, when local store owner Lloyd Wells and the Chestnut Hill Development Group began their series of initiatives to modernize Chestnut Hill into a “horizontal department store.”  Many buildings were renovated, and a few opened as full-scale restaurants (as opposed to luncheonettes), such as the Hearth and Cricket, which opened at 8515 Germantown Avenue in around 1956.  This would later become the home of The Depot, a much-loved pub which remained at the location for perhaps 25 years before finally closing in 1994.  The 1970s saw a proliferation of restaurants, from the intimate Under the Blue Moon at 8042 Germantown Avenue which opened in 1976, to Chef Tell Erhardt’s International Cuisine, which opened a year later at the Chestnut Hill Hotel as an exclusive, “high-end” restaurant which only survived for a couple years.  Despite this failure, others would follow this trend towards opening “high-end” restaurants.  Notable among them was Chatauqua, which opened in the then newly-built extension of the Chestnut Hill Hotel, in the early 1980s.  It quickly became a place to “see and be seen” and was a success, lasting for 10 years.

Since then, the trend has been towards opening restaurants representing a greater variety of ethnic foods, such as: Osaka (Japanese), Hokka Hokka (Japanese) El Poquito (Mexican), CinCin (French-Chinese fusion), Paris (French), Yu Hsiang Garden (Chinese), and King’s Garden (Chinese).  The arrival of the COVID-19 pandemic has forced many of these restaurants to “pivot” towards the operation of street-side “streeteries” to allow for social distancing and proper ventilation.  One can only wonder if and to what extent these changes to the restaurant “scene” will last beyond the pandemic. Only time will tell.

For additional information about Philadelphia historic foods, visit the Historic Foodways of the Delaware Valley’s website, at historicfoodways.org.  Learn about the roles that various foods and beverages have had in our local history, including snapper and pepperpot soups, scrapple, root beer, soft pretzels, and more! And be sure to visit the Chestnut Hill Conservancy’s Night of Lights from October 8th to 17th. During the exhibition, restaurants will be featuring local historic food items on their menus.

VALUE AND VULNERABILITY: The Chestnut Hill Conservancy Looks Back at 2021