Philadelphia Police are on a hunt for a man who sexually assaulted a 71-year-old Mt. Airy woman in her home on the 7400 block of Devon Street Thursday afternoon around 3:30 p.m. 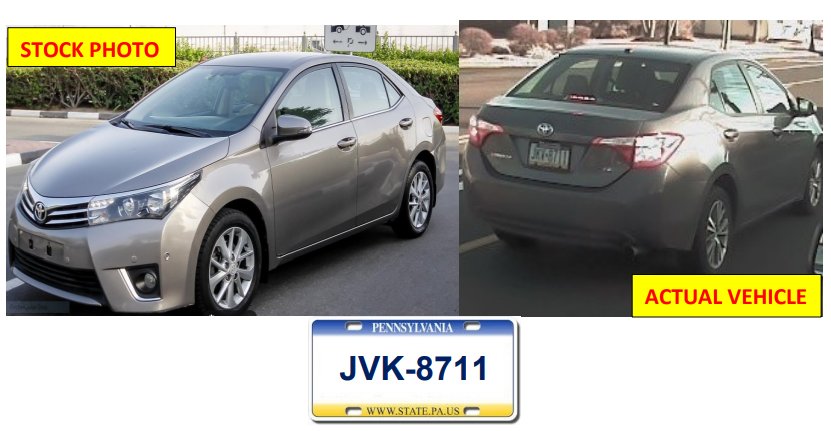 A photo of the car stolen from the victim.
Picture provided by the Philadelphia Police Department
Posted Thursday, September 22, 2022 12:00 am

Philadelphia Police are on a hunt for a man who sexually assaulted a 71-year-old Mt. Airy woman in her home on the 7400 block of Devon Street Thursday afternoon around 3:30 p.m. The woman is in stable condition.

According to police, a man who police say is a 17- to 24-year-old Black male with short hair and a “thin wiry build” ran into through the victim’s unlocked door screaming for help, claiming he was being chased.

After entering, the offender proceeded to demand money from the victim, and when the victim refused, the offender punched her in the head and back multiple times and choked her. He then forced the victim to take her clothes off, after which he sexually assaulted her.

The offender fled in the victim’s gray 2014 Toyota Corolla with her cell phone and credit card. The car has yet to be recovered.