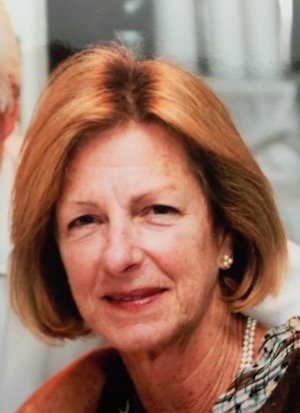 Elizabeth Chadwick (Clarke) Nill, 71, died peacefully at home in Barnstable Village, Cape Cod, Massachusetts on August 23 after a short illness. Described by friends and family as “beautiful, vivacious, and fearless”, Liz leaves behind a powerful legacy and will be remembered as a strong and loving mother, grandmother, friend, and partner. Born in Boston, MA, to academic researchers Elizabeth Chadwick (Edwards) Weaver and John Thacher Clarke, Liz moved often as a child, but her anchor became the summers she spent in Barnstable with her large extended family. Liz settled in Barnstable full-time in 2012 after splitting her time between Boston and Philadelphia in her adult life, and quickly enmeshed herself into the fabric of the community by dedicating herself to many beloved organizations including the Cape Cod Symphony Orchestra, where she was on the Board of Directors, and the Barnstable Yacht Club, of which she was the first female commodore. Liz’s trailblazing legacy and passion for noble causes extended into her professional life. After graduating from the University of Massachusetts in 1970 and Harvard Business School in 1979, she worked for Harvard’s Business School and Kennedy School in Assistant Dean positions for nearly 20 years. She then worked as COO of The Philanthropic Initiative, a non-profit consulting firm, and co-founded two additional leadership-focused consulting firms, Trios and Cambridge Leadership Associates. Liz later exercised her passion for fashion and business by starting a women’s dress line, Shibui Designs, and in recent years served as a consultant supporting academic and nonprofit executive searches with Isaacson Miller. Liz’s friends and family will especially remember her generosity, vitality, intellect, creativity, and loving nature. Her innate curiosity attracted her to a variety of hobbies - sailing and traveling were her favorite pastimes – and she was known for the welcoming, warm home she created, as well as her inimitable sense of style and timeless elegance. Liz is survived by her loving partner of 23 years, G. Craig Schelter, her two daughters, Elizabeth Chadwick Pearsons and Louisa Thacher Nill, her twin grandsons Charles Thacher and Alexander Kennedy Pearsons, as well as Craig’s four children, Jennifer Schelter, Kristin Macdonald, Graham Schelter and Kate Schumacher, and six grandchildren Oliver, Sophie, CeCe, Angus, Jasper, and Charlotte. She was preceded in death by her mother, father and brother Joseph Thacher Clarke and is survived by her brother Eric Thacher Clarke of Bryan, TX. Previous marriages to Stephen Nill and Rick Williams ended in divorce. A memorial service will be held at St. Mary’s Episcopal Church in Barnstable, MA on October 12, 2019, at 11am, with a reception to follow at the Edwards family home (3060 Main Street), which has been in Liz’s family for more than 150 years. In lieu of flowers, donations can be made in Liz’s name to one of her treasured organizations: the Cape Symphony, the Association to Preserve Cape Cod, the Barnstable Land Trust, and the Friends of Barnstable Harbor. For online condolences, visiti www.doanebealameshyannis.com