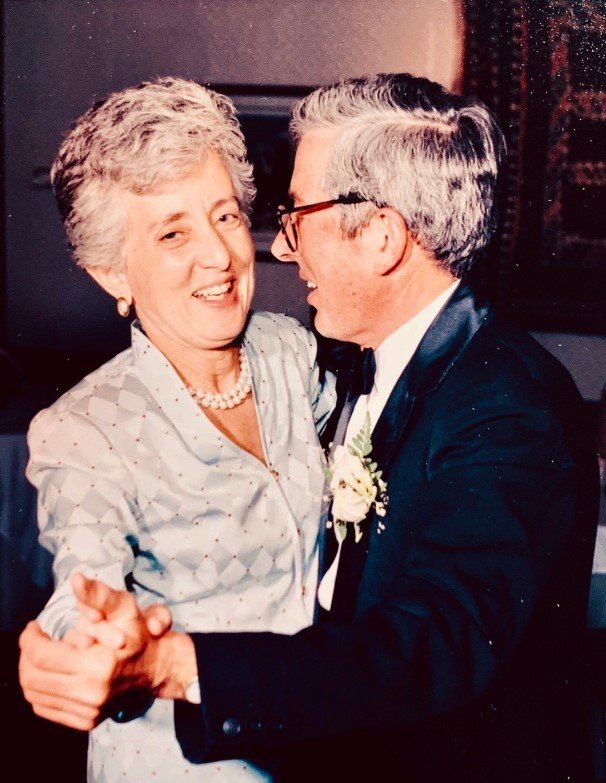 Emily Woodward Churchman Starr, age 85, died December 15 at Bishop White Lodge in Philadelphia, PA. The daughter of John Horace and Elizabeth Sailer Churchman, she graduated from Springside School and Radcliffe College. In 1960 she married Harold Page Starr. Together they raised their five children in Wyndmoor, PA. Their son, Isaac Starr, died of natural causes in 2000 at 28. She is survived by Elizabeth Starr Masoudnia and her husband, Shahram Masoudnia; Edith Starr and her husband, Mark Feighn; Harold Page Starr, Jr., and his wife, Helen Starr; and Alice Starr Wagg and her husband, Geoffrey Wagg. She is also survived by her grandchildren: Sholeh Masoudnia, Milan Masoudnia, Coco Starr, Harold Page Starr, Nicholas Wagg, Emily Wagg, and Henry Wagg, as well as her siblings Alice Muehlhof, John Churchman, and Joseph Churchman and their families.

After her youngest child started school full-time, Emmy began working in public relations at Chestnut Hill Hospital, eventually becoming the vice president of community relations, which also included fundraising. Her volunteer activities, except for the Women’s Committee at the Penn Museum, were centered around Chestnut Hill, near where she lived and grew up. They included serving on the boards of Springside School, the Chestnut Hill Community Association, and the Woodmere Art Museum. She also served on the board of Cathedral Village and was president of the Residents’ Association. At Cathedral Village, she started and edited a monthly newsletter, Insider News, for the Village community.

She took great joy in being with her family. One memorable family trip was in 1976, when Harold, Emmy and the five children, ages 4 to 14, traveled around France in a tiny Renault 5. The parents had planned this as a cultural experience; the children remembered the flies buzzing over the food in Normandy, the scary Doberman in the house where they stayed in southwest France, and the worms in the shower at their uncle’s home on the Riviera. Trips after that were less ambitious.

When they retired, Harold and Emmy enjoyed traveling to many places, from the Antarctic to India, Africa, Southeast Asia, Scandinavia and everywhere in between. Upon observing numerous children in need of food and education, both here and abroad, she and Harold supported organizations that worked to help such children. They also enjoyed attending and supporting the arts in Philadelphia, including the fine arts, theater, and especially the Philadelphia Orchestra.

The family thanks Dr Russell Breish and Charles Gergits, Executive Director of Cathedral Village, and his staff for Emmy’s excellent care there. Thank you also to all her friends who loved and supported her throughout her life. Services will be Wednesday, December 21, 11AM, at St. Paul’s Episcopal Church, 22 East Chestnut Hill Ave., Philadelphia, PA, 19118. Reception to follow at Cathedral Hall at Cathedral Village, 600 E. Cathedral Rd., Philadelphia, PA, 19128.