Esther Rose (Photo by Rush Jagoe) by Pete Mazzaccaro I won’t pretend to be an expert on country music. I am a fan of the genre’s most rootsy practitioners. Among my favorites: Willie Nelson’s … 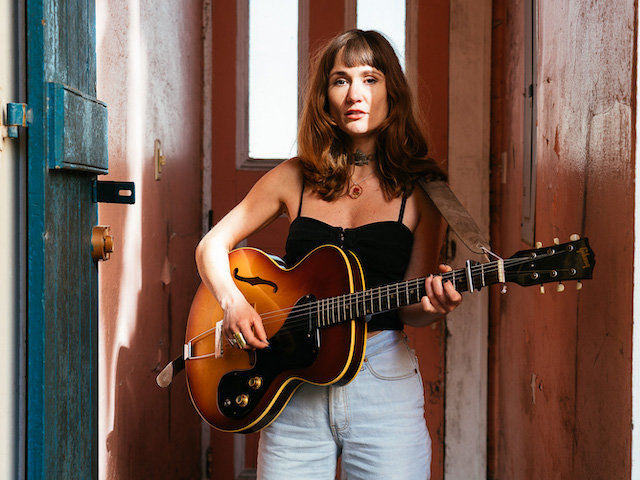 I won’t pretend to be an expert on country music. I am a fan of the genre’s most rootsy practitioners. Among my favorites: Willie Nelson’s “Red Head Stranger,” the ballads of Townes Van Zandt and “newer” work by Gillian Welch, Jason Isbell and others. My taste would best be described as classical when it comes to country. Some might call what I like Americana.

What strikes me the most about new country is how far its strayed from the strengths of the originals. Good country music is so much about the songwriting. Telling stories and sharing emotions. It’s usually not a lot of happy fare. Perhaps that’s why it’s not always first choice for the big radio stations.

This week, listening to new releases, two country records offered a striking contrast to what I’m finding between contemporary country and the classic. One of country radio’s current radio kings Justin Moore released “Late Nights and Longnecks,” the songs on which you can establish by the album title. The first song, “Why We Drink,” is essentially an inventory of excuses to drink including “cuz they’re ice cold,” “cuz we work hard,” etc. You could write the song yourself.

The sound of contemporary country swings for the stadium rafters. It’s big twangy guitars, steady, thumping drums and overly earnest, often tenor male voices following well-worn patterns. It’s a snooze. A stark contrast to that is the lovely sophomore record from Esther Rose, “You’ve Made it This Far.” Rose, who settled in New Orleans about 10 years ago, eschews the big, stadium sounds of new country, opting instead for the intimate. The arrangements are all built around Rose’s acoustic guitar playing. A little lap steel guitar here and some fiddle leads there follow Rose’s melodies. It’s a sound for small rooms and AM radio.

And of course, there’s the songwriting. Rose doesn’t have a strong voice. At times it sounds as if it’s about to break. But it’s a great voice that’s right at home with the arrangements and her songs, which explore relationship and longing, or just tell stories, like “5 Minute Drive,” which recalls a drive to school with her sister in the mornings.

“You Made It This Far,” demonstrates you can still get a lot done with the old tools of the trade, particularly if you have something to say. The record is a wonderful, 10-song collection by a singer and songwriter from whom I’m excited to hear more.