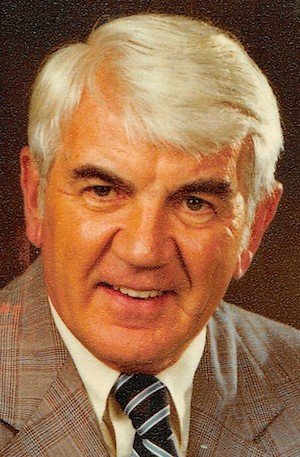 Eugene P. Hughes, Sr., 94, of Plymouth Meeting, a surgeon who practiced for many years at Chestnut Hill and Roxborough Memorial hospitals, died Oct.7, at the Artman Home in Ambler after a brief illness.

Until his retirement in 1992, Hughes practiced general surgery at both hospitals and was chief of surgery at Roxborough Memorial Hospital. He was affiliated with the surgical teaching faculty of Jefferson Medical College as an assistant clinical professor on its surgical teaching staff from 1972 to 1991.

He was a founding member of Northwest Surgical Associates and a member of the Philadelphia Academy of Surgery, the Philadelphia College of Physicians, Pennsylvania Society for Thoracic Surgery, American College of Surgeons, and the American Medical Association. He is fondly remembered by the many members of the Chestnut Hill, Roxborough and surrounding suburban communities he cared for at his office on West Chestnut Hill Avenue during his years of practice.

A lifelong resident of Plymouth Meeting and Chestnut Hill, he was a graduate of Our Mother of Consolation Parish School and La Salle College High School. He attended St. Joseph’s College and graduated from Franklin and Marshall College. He served in the Navy from 1944 to 1946 and during the Korean War. He graduated from Jefferson Medical College and served his general surgery residency at the Philadelphia Veterans Administration Hospital. He practiced family medicine in Plymouth Meeting in the 1950’s and was certified as a general surgeon in 1960.

He was a member of the La Salle College High School Hall of Fame and a former president of Whitemarsh Valley Country Club. He was an accomplished golfer, avid outdoorsman, and a longtime and honorary member of the Lac Pythonga Fish and Game Club in Western Quebec. He instilled in his children, grandchildren and great grandchildren a love of the outdoors and an appreciation of the value of education, hard work and family.

Hughes’ wife, Jane Murphy Hughes, died in 2010. He is survived by sons, Edward, Eugene, Robert, Timothy, Thomas, Christopher, Brian and Donald. He is also survived by 17 grandchildren and 11 great-grandchildren. He was preceded in death by his younger brothers Joseph and Thomas and sisters Jane O’Shaughnessy, Catherine Raisch, Patricia Miljenovic and Mary Morris.

A memorial service at 10 a.m., followed by a life celebration until 2 p.m, will be held Friday, Oct. 18, at Whitemarsh Valley Country Club, 815 Thomas Road in Lafayette Hill. Internment will be private.