Even at age 5, he knew he had to be an entertainer

Even at age 5, he knew he had to be an entertainer 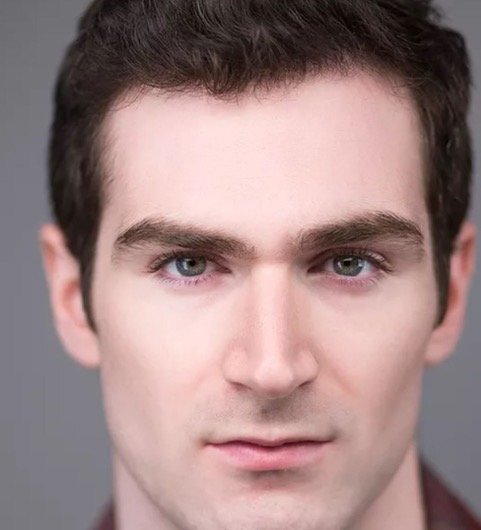 Kevin Toniazzo-Naughton is one of the stars of “Really Good Tidings,” now playing at Act II Playhouse in Ambler through Dec. 30.
Posted Thursday, December 30, 2021 12:00 am
by Rita Charleston

Act II Playhouse is presenting a new show offering really good tidings for the holiday season. In fact, that's the title of the show: “Really Good Tidings,” continuing through Dec. 30 at the Ambler-based Playhouse, 56 E.Butler Ave.

As part of the show, Toniazzo-Naughton said he's “so happy to be part of the entire process and part of the team performing in this ensemble effort. The show features song and dance mixed with vignettes all centered around the holidays themselves in combination with commentary about what the last 19 months or so have done to us.”

Toniazzo-Naughton, originally from Southwest Philadelphia and now living in Lansdowne, decided on his future when he was about five years old. “That's when I told my parents I wanted to be an entertainer, and instead of mocking me, they were really supportive because I knew even at that age that entertaining was not just something I wanted to do, it was something I had to do.”

In fact, so insistent was Kevin that when it came time to go to college, he auditioned at Penn State, received a scholarship and was off to learn the ins and outs of his chosen profession. He eventually graduated with his BFA in Musical Theater, and today is a member of Actor's Equity. No stranger to the stage or to Act II, his first appearance there was in “Kiss Me Kate.”

He's gone on to appear in more productions, including “Camelot.” Other professional credits include “The Producers” at the Bucks County Center for the Performing Arts, “Matilda & A Christmas Story” at the Walnut Street Theatre, “Something Wicked This Way Comes” at Delaware Theatre Company, and many more.

Ever optimistic about himself and his work, Toniazzo-Naughton says, “I know there are challenges in this business, but I never see them. I never think about rejection. That would be too negative. Rather, I look at every audition as one more opportunity to hone my skills. And even if it turns out not to be a very good audition, I know I've given 110 percent of myself and in addition maybe even created some good relationships along the way. All in all, I see it as a chance to better myself as an actor.”

When not on stage, Toniazzo-Naughton is a member of the National Academy of Sports Medicine and a Master Trainer at L.A. Fitness. He admits, “I really love everything I do, whether it's being on stage or helping others get healthy. I feel like I'm playing all the time and never working. And as for the future, as long as I'm pushing ahead and achieving my goals, I know I am doing well. As long as I continue to be a working actor and involved in fitness, at the end of the day I'll feel like I made it!”