Frank X., the Barrymore Award winner now starring in Eugene Ionesco's “The Chairs,” says the playwright knew exactly what he was doing when he created the two roles. 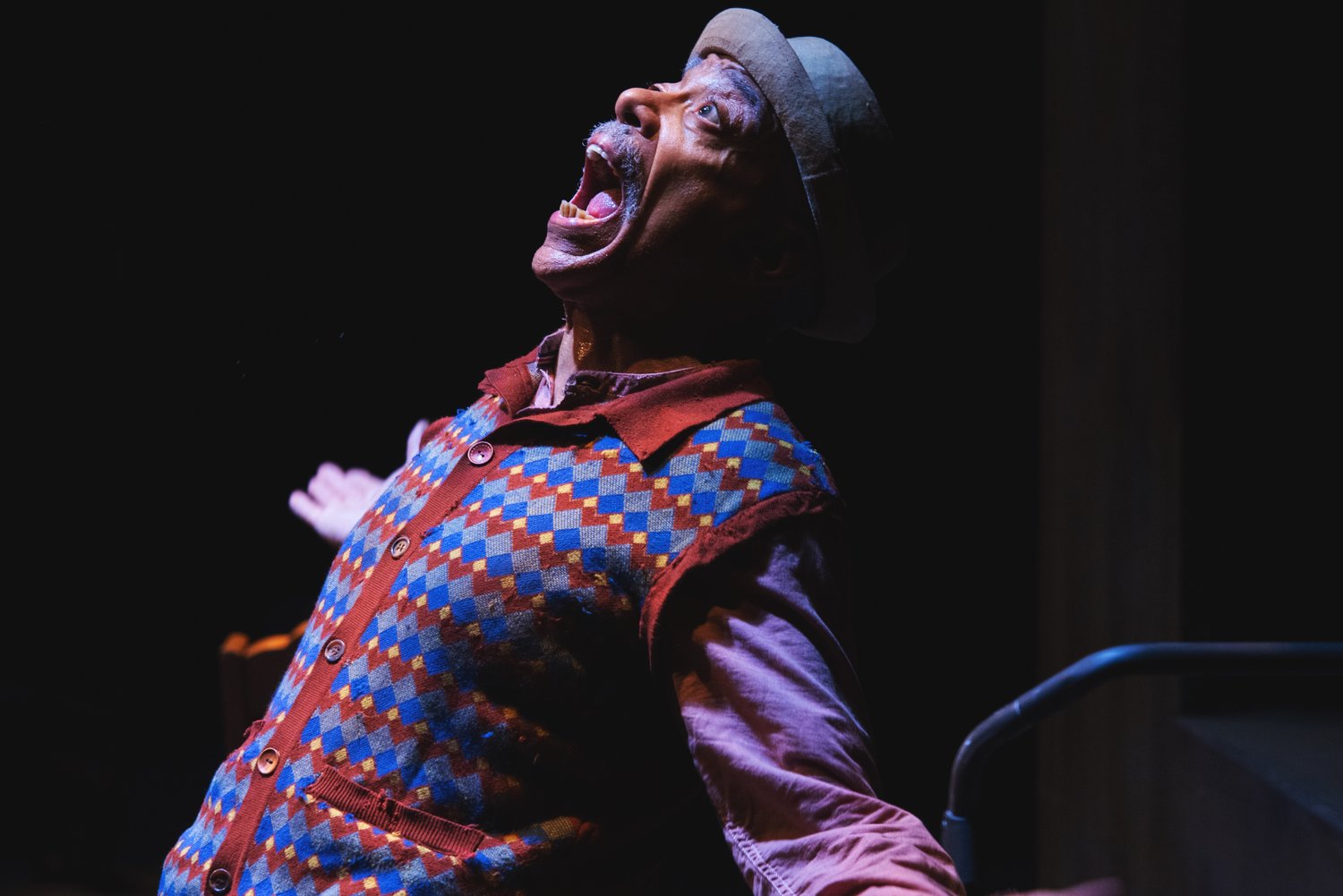 Frank X. is shown playing Old Man in the Quintessence production of “The Chairs” at the Sedgwick Theatre in Mt. Airy. 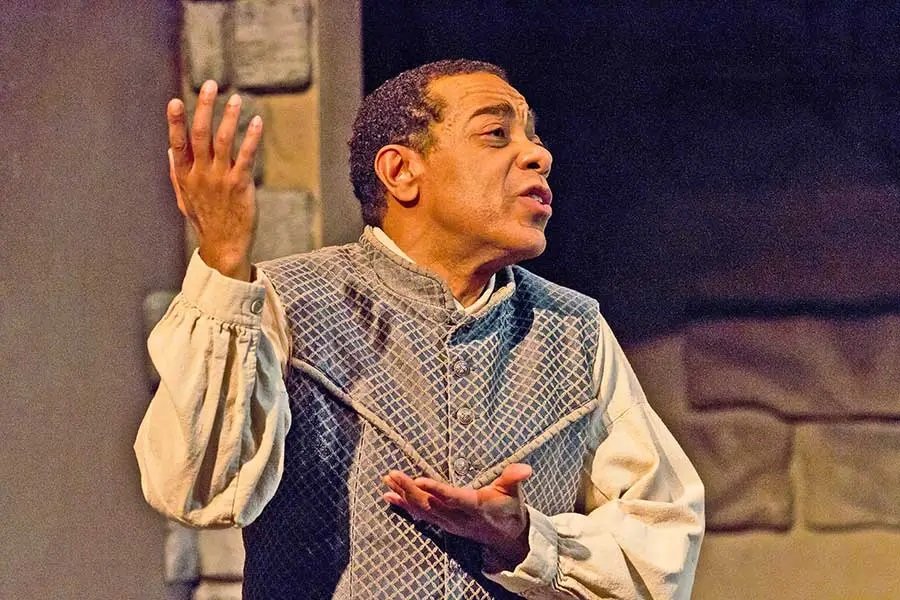 Local Barrymore Award winner Frank X. tackled the dual roles of Stephano and Gonzalo in Lantern Theater Company’s production of Shakespeare’s “The Tempest” in 2018.
Previous Next
Posted Thursday, October 20, 2022 12:00 am
by Rita Charleston

Frank X., the Barrymore Award winner now starring as “Old Man,” who is married to “Old Woman,” in a production of Eugene Ionesco's “The Chairs” at Mt. Airy's Sedgwick Theater, says the playwright knew exactly what he was doing when he created the two very challenging roles.

“Ionesco wrote this absurdist tour de force for an invisible cast of thousands,” said Frank X., who won the Barrymore “Best Actor” award for his role in “Lonely Planet” at InterAct Theater in 2012. “The action is fast-paced, and the lines come fast and furious. And it can be tough to navigate all as we're on stage the whole time, almost two hours, without an intermission. We don't get any time off to relax or just take some deep breaths. The plot revolves around an elderly couple who are at the end of their days, and ruminating about what could have been.”

Old Woman, who is played by E. Ashley Izard in the Quintessence Theatre Group production, acts as a mother figure and lover to her husband, encouraging his spotty intellectual tendencies. Old Man decides to invite all sorts of thinkers into the couple's home to hear his long-unspoken ideas. The actual audience is invited in to watch as the couple starts to accumulate multiple chairs on stage, all occupied by the invisible guests they’ve invited to listen to their rantings.

Growing up in Philadelphia, where he still lives today, Frank X. must have also known what he was doing. The son of a doctor and a woman who loved to dance, he grew up coveting both pursuits.

“My mother was the product of a strict Baptist upbringing and was not allowed to do many things, including dancing,” he said. “In fact, once, after winning a Charleston contest, she wasn't allowed to discuss it or even bring her trophy home.”

But when Frank X. was about six or seven, his mother enrolled him in a dance class, something he enjoyed and felt was bringing his mother and him closer together.

But as the years went on, and both his parents encouraged him to become a doctor, he enrolled at Johns Hopkins University in Baltimore in the hope of earning a medical degree. Later, not quite sure this was the career he really wanted, he left and headed for New York to enroll in the dramatic writing program at New York University.

“I enjoyed the program very much, but my professors kept urging me toward acting, although I did not know if that would be viable,” he said. “I felt I would give it a try, that I could always segue back into playwriting. But I never did segue. I fell into acting and loved it completely.”

Over the years, Frank X. grew into a compelling and talented actor, performing in numerous theatrical productions on stage, in films and on TV. “That was something I never really saw for myself since I am a naturally shy person,” he said. “I don't go to my high school reunions because people will tell you they've never heard my voice. I think I wanted to become a playwright because it was my way to tell a story and to find myself.”

What's next for Frank X. when “The Chairs” closes? “I really do not know,” he said. “Things in the theater are still coming around after the pandemic, so I'll just sit back and see what happens next. I like surprises!”

“The Chairs,” directed by Alex Burns, is running now through Oct. 23 at Mt. Airy's Sedgwick Theater.

Quintessence is located at 7137 Germantown Ave. For more information, call 215-987-4450 or visit quintessencetheatre.org.