Family ties and cultural connections common between Ukraine and Russia

Born in the Ukrainian capital city of Kyiv, Roman Strakovsky

has family and friends now trapped there. He also speaks fluent Russian, is married to a Russian woman from St. Petersburg, and they are teaching their children to speak both languages.

Family ties and cultural connections common between Ukraine and Russia 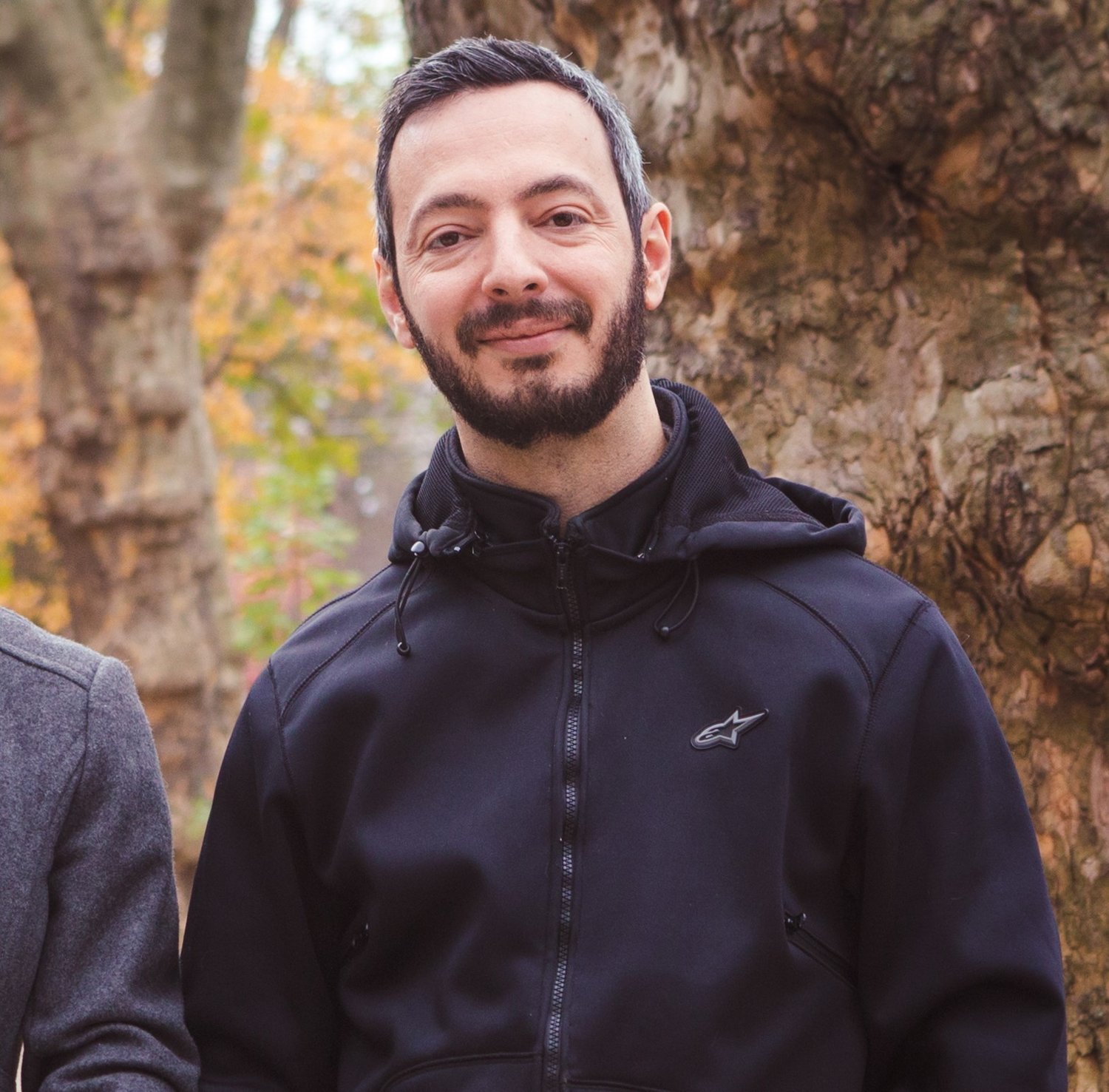 Roman Strakovsky, who was born in Kyiv, Ukraine and is now raising a family in Mt. Airy, fears for his family and friends.
Val & Jeff Zimmer
Posted Tuesday, March 8, 2022 12:00 am
by Len Lear

Mt. Airy resident Roman Strakovsky is a living example of the complicated and intertwined relationship between Russia and Ukraine, two countries now at war.

Strakovsky, a computer whiz who works in data intelligence, was born in the Ukrainian capital city of Kyiv and speaks fluent Russian. He has family in Ukraine and he is terrified about what may happen to them. He is also married to a Russian woman from St. Petersburg, and they are teaching their children to speak both languages.

Strakovsky said that he and his wife, Inna, both of whom are “100 percent in support of Ukrainian independence,” are following each bit of news that comes through social media like starving people grasping for breadcrumbs. He also started a Facebook group "Philly Stands with Ukraine," which had 500 members as of Tuesday.

“I get updates from my parents, who are in direct contact with my friends,” Strakovsky told the Local last week. “It is a walking nightmare. We constantly follow the Russian media and Ukrainian media online. This is a real war. People are getting killed. It's something I never thought would happen. We go to rallies and contact people there so we won't feel so helpless, but this is the worst thing that I can remember in my lifetime.”

Strakovsky is particularly worried about his grandmother's 80-year-old sister. “She is homebound in a third floor apartment with no elevator, so she cannot get to an underground shelter,” he said. “We are so concerned for her.”

Strakovsky insisted that despite this war, he does not hate the Russian people. “The Russian people have been brainwashed,” he said. “All they hear is the propaganda on their government-controlled media.”

He is desperately afraid. He is also “extremely proud” of the Ukrainian people.

“Ukrainians are showing the world that their will for freedom and self-determination can't be broken, and I think at long last the world has noticed and began supporting those ambitions in earnest,” he said. “But they are paying a terrible price for this.

“I thought we would never be under Russian rule again,” he continued. “I am terrified at the indiscriminate bombing of innocent men, women and children. I am hopeful that the sanctions and complete isolation of Russia will make them back down. Bullies will only stop if they get punched in the face. Forty million people just want to be left alone to live their lives in peace.”

Like Ukraine’s President Volodymyr Zelensky, Strakovsky is Jewish,  a fact which meant something different in Ukraine than it does here.

“We are not ethnic Ukrainians; We are Jewish,” he explained.  "Yes, there was anti-Semitism [when Ukraine was part of the Soviet Union]. "Jews could be passed over for government jobs and places in schools. [The predjudice] was not too bad, but it was definitely real, I would not want to sugar coat that.

“But on the other hand, we did have good friends and a good community. We had many people in our lives who did not care about whether we were Jewish or not,” he said.

According to Strakovsky, that wasn’t just true in the more cosmopolitan environment of the city.

“We had a 'dacha,' a summer house, that was very basic, nothing fancy. City people spoke Russian, and country people spoke Ukrainian,” he said. “We really did not know country life, but the people there were so kind and friendly to us. I want to make it very clear that 98 percent of the Ukrainian people were very kind and brotherly.”

Strakovsky said that until recently, being Jewish didn’t give him any cause for concern here in the U.S.

“Until 2015 or 2016, I thought Jews in the U.S. never gave antisemitism a second thought,” he said. “But there has been darkness unleashed since Trump took office. Synagogues being defaced, a flashback to darker days.”

Strakovsky moved to the United States in 1992 at age 10 with his parents and younger brother after the breakup of the Soviet Union. The family had a relative in Philadelphia who sponsored them. They first lived in Northeast Philadelphia, home to many immigrants from former Soviet republics. After seven years in the Northeast, they moved to Southampton in Lower Bucks County.

He graduated from Central High School, class number 258. He then went to the University of Maryland to major in sociology and minor in statistics, graduating in 2003. After marrying, he and his wife settled in Fishtown. After six years there, when Inna became pregnant with their son, Ezra, they started to consider relocating.

“We wanted more space and more trees, so we visited Mt. Airy and loved it. We still do. We did the right thing moving here,” Strakovsky said.

Correction: An earlier edition of this article incorrectly stated that it was Strakovsky's grandmother now living in Kyiv, rather than his grandmother's sister.  Also, the anti-semitism he described  happened years ago when Ukraine was still part of the Soviet Union.