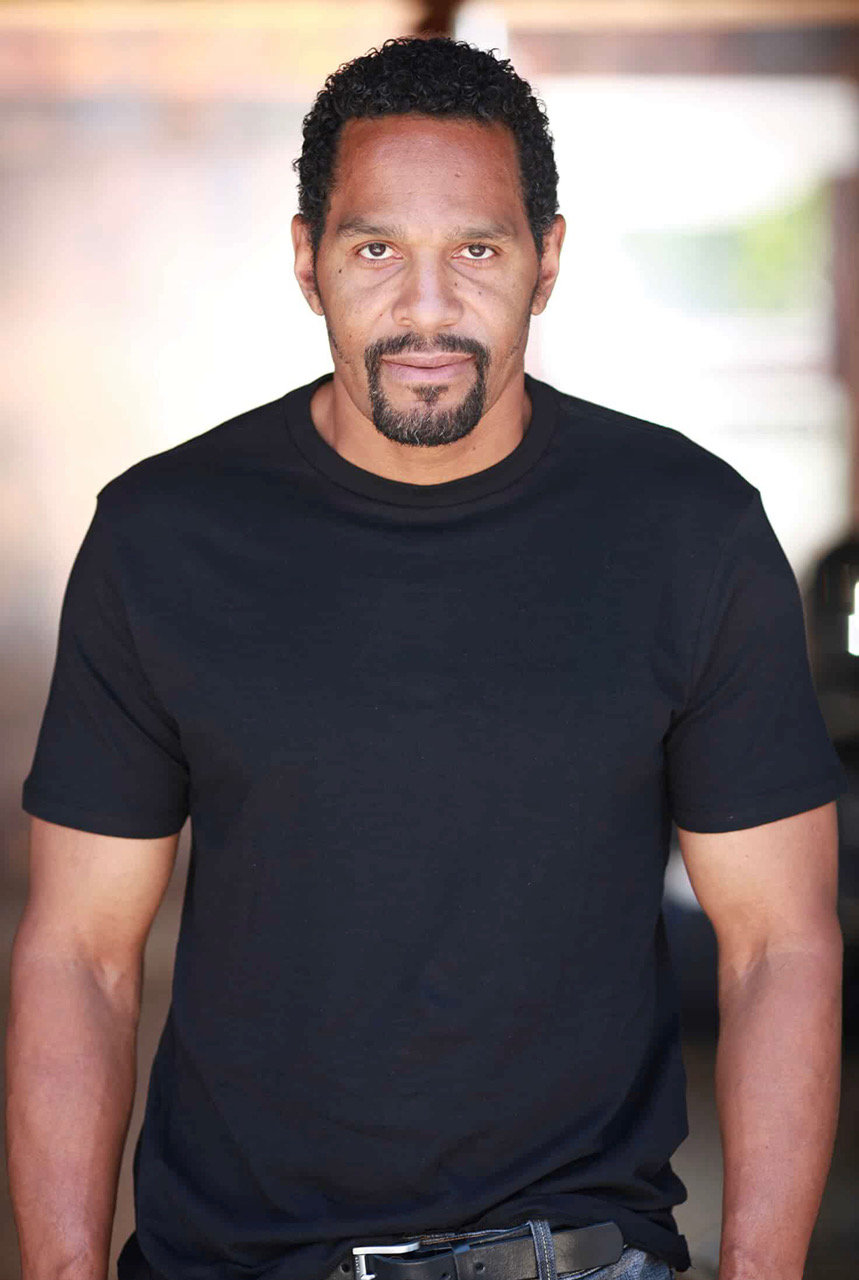 Early will show a film he produced, “The Shoulders of Giants,” via Zoom at Ebenezer Maxwell Mansion, 200 W. Tulpehocken St. in Germantown, on Sunday, Dec. 12, 1:30 p.m. 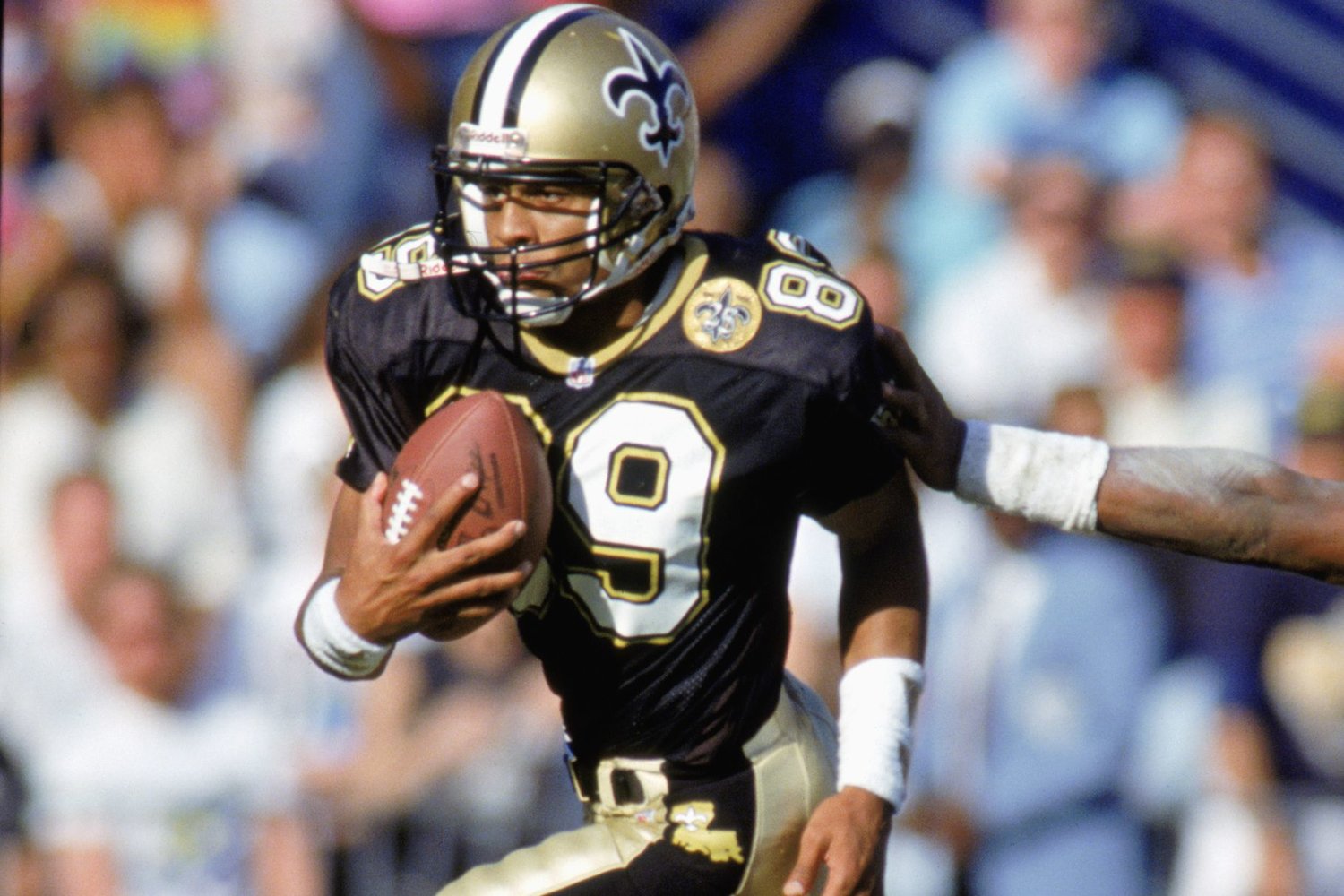 Early's best year out of 12 NFL seasons came during the 1995 season as a member of the New Orleans Saints (seen here) when he caught 81 passes for 1,087 yards and eight touchdowns.
Previous Next
Posted Friday, December 10, 2021 6:00 am
by Len Lear

Although I am a lifelong Philadelphian, I have always been more of a New Orleans Saints fan than an Eagles fan. Maybe it's the “Let the Good Times Roll” attitude; maybe it's the amazing food and music that squeezes out of every pore of Bourbon Street and the French Quarter in “The Big Easy.” There simply is no other place like New Orleans, where hangups and inhibitions fall away like flowers in winter.

And in the mid-1990s my favorite Saints player was Quinn Early, a graduate of the University of Iowa who started his NFL career in 1988 with the San Diego Chargers and finished it in 1999 with the New York Jets. But from 1991 to 1995 he was a Saintly, sublime wide receiver in New Orleans. As a former junior varsity receiver in high school, I definitely appreciated Early's precise route running, sticky hands, quick feet and shifty moves. In 1995 he caught 81 passes for 1,087 yards and eight touchdowns. The Eagles would pay a king's ransom for a receiver with anything close to those ethereal statistics today.

But Early defies the stereotyped notion of a “jock.” Majoring in art when he graduated from Iowa in 1987, Early has gone on to become an author, film producer and screenplay writer, history buff, martial arts instructor for more than 25 years, and Hollywood stuntman.

And on Sunday, Dec. 12, 1:30 to 3:30 p.m., Early will show a film he produced, “The Shoulders of Giants,” via Zoom at Ebenezer Maxwell Mansion, 200 W. Tulpehocken St. in Germantown. It tells the remarkable story of Frank Kinney Holbrook, the son of a runaway slave who in 1895 overcame seemingly insurmountable obstacles and racism to become the first African-American college football player in the state of Iowa and lead the Hawkeyes to their first-ever conference championship. Early will introduce the film and lead a discussion after it is screened.

“I found out about Frank Kinney Holbrook by chance,” Early told us in an interview last Friday. “I was contacted about working on another early football film, so I Googled football of the early 1900s, and a picture of the 1895 Hawkeye football team popped up. Frank Kinney Holbrook was the only African American in the picture, so I instantly knew that I was meant to find him. I love to learn about stories like this and those who paved the way for future generations.”

Early, a native of West Hempstead, NY, has been a stuntman/actor in Hollywood since 2010. In recent years, he has also gotten into writing and producing. His first film was a short called “Just Bake Cookies,” a coming-of-age story about a young man named Quinton and his struggle to navigate his way from the teen years to manhood. Quinton is based on Early's son, Cameron. “When he was a teen and would get in trouble, I would bake him cookies and tell him that I believed in him,” said Early.

The ex-NFL star has written four full-length feature screenplays, including one about Frank Kinney Holbrook and one based on "Bryant Acres," a book written by Early's late mother, Ann L. Patterson Early, and published by Quinn in 2017. The book is the true story of Sherrod Bryant (1781-1854), a former slave who went on to become one of the most successful Black landowners in the South, owning a 750-acre farm in Tennessee.

“My mother had the biggest impact on my life,” Early said. “When I was 12, my father left home. My mom was a housewife with no money. She rolled up her sleeves and went back to college and got her bachelor's, master's and Ph.D. and became a physiatrist (an M.D. specializing in physical medicine and rehabilitation). She showed me that you can accomplish anything if you work hard enough. She was my hero!

"I wish my mother was here. She was my best friend. When I was in my 20s and 30s she tried to tell me about her research into our family history. I was more worried about what I had going on, though. When I read her book, 'Bryant Acres,' in 2016, I cried because I wanted to discuss it with her. But unfortunately, she passed away in 2013 of Alzheimer's disease."

Early is currently working out details with The Big Ten Network, which will be showing "The Shoulders of Giants" on TV. He will also be making documentaries about "Black Pioneers in American Sports History Whose Stories Have Yet to be Told." The series is called "This is One."

For more information about the Dec. 12 screening of “The Shoulders of Giants,” visit ebenezermaxwellmansion.org or call 215-438-1861. “Bryant Acres” is for sale at bryantacres.com. 100% of the proceeds goes to Alzheimer’s research.