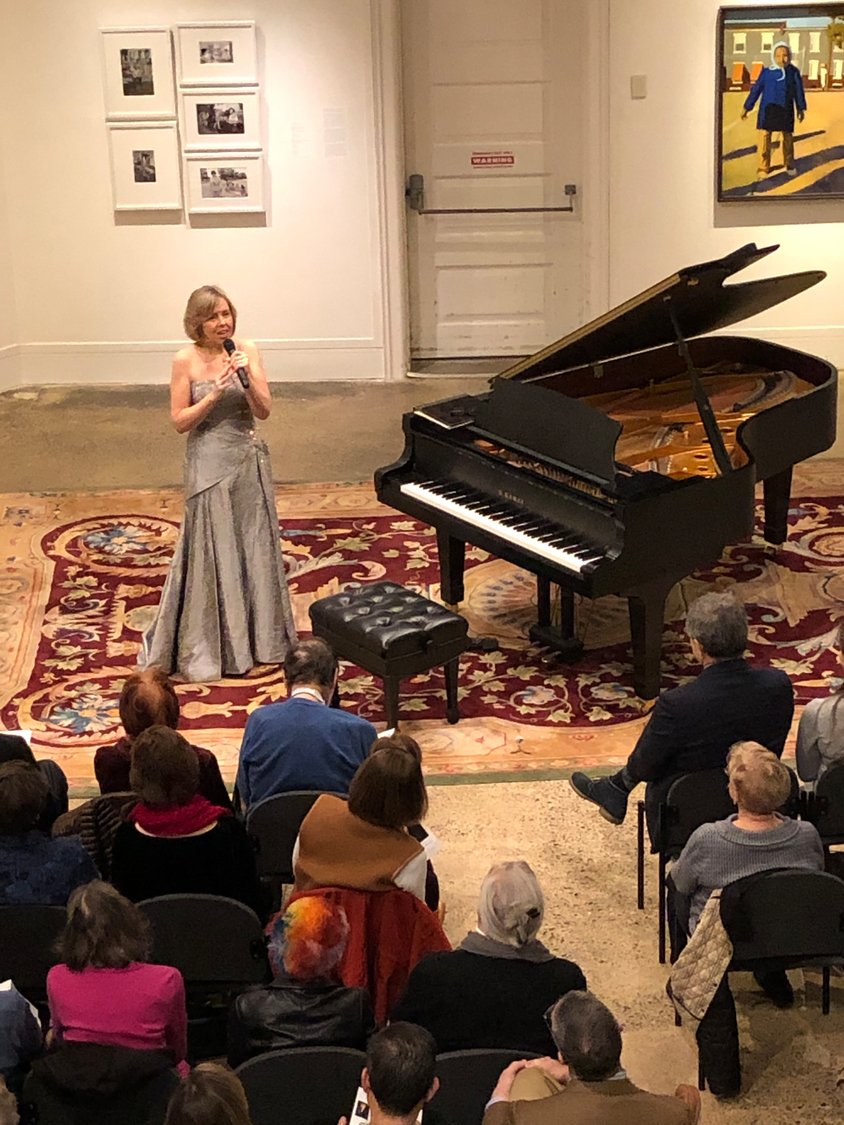 Finnish-born pianist Marja Kaisla will perform two recitals at Chestnut Hill’s Woodmere Art Museum this weekend, each boasting a different program spanning the piano repertoire in both depth and breadth.

Kaisla said, “I have been living in the U.S. since 1987, after I finished school at the Sibelius Academy in Finland and the St. Petersburg Conservatory in Russia. I came here to see what musical life was like and to study with Susan Starr.”

Starr is a world-famous concert pianist who was a winner in the 1962 Tchaikovsky Piano Competition. She’s also a locally born-and-bread musician. She studied first privately and then at the Curtis Institute of Music with the late legendary piano pedagogue Eleanor Sokoloff. She continued later studies with Rudolf Serkin at Curtis. The Tchaikovsky Competition was made internationally famous in 1958 when Texas-born Juilliard School of Music student Van Cliburn was the first prize winner.

Kaisla explained that she hadn’t intended to remain in the U.S. but that teaching opportunities evolved and so she chose to consider staying, at least for the short term.

“I’ve always preferred teaching privately,” she continued, “instead of being in academia. I feel that the private studio gives total autonomy and freedom to work with students of all ages and levels. Today, my students’ age range is from six to 92.”

Kaisla recalled that the emergence of COVID-19 in 2020 was a real challenge. She gave no performances for two years.

“However,” she added, “I wanted to do something useful with my time at home in Wynnewood, so besides deciding to learn to play tennis and subsequently having become a real fanatic in that sport, I also decided to learn challenging pieces in the piano repertoire, which I might have otherwise not gotten to, and those are the pieces I’ll perform at Woodmere Art Museum.”

Kaisla explained that she has enjoyed learning so many big repertoire pieces. “I have been able to let the music open up to me naturally and without having any pressure to learn these pieces quickly,” she said.

“The Friday program includes masterpieces by Liszt, Brahms, Debussy and Stravinsky,” she said. “I wanted to pair Liszt and Brahms in the first half, as Liszt’s ‘Rhapsodie Espagnole’ and Brahms’ ‘Handel Variations’ were composed only three years apart but are vastly different in their styles.”

Continuing, Kaisla noted, “The two composers – Debussy and Stravinsky – were not necessarily close to each other in any way. On the other hand, they knew each other well and even played four-hand piano music together. There are certain elements in Stravinsky’s ‘Petrushka’ that remind me of Debussy, which I find fascinating. The solo piano version is one of the greatest and most complex pieces written for the piano, but even with all of its dissonances and ‘impossible’ passages, I find the music to be mostly Russian folk tunes, joyful dances, full of drama and romanticism. Stravinsky couldn’t hide his own background of having been a student of Nicolai Rimsky-Korsakov and the true Russian school, which emphasizes a ‘singing tone’ above everything else.”

An interesting historical note concerning Stravinsky’s “Petrushka’ Suite,” and it’s having been commissioned by Artur Rubinstein, is that when the celebrated pianist received the first draft of the piano version, he found it so simplistic that it didn’t capture the “feel” of the original ballet score. The composer subsequently upped the ante.

“Petrushka” was the second of Stravinsky’s three ballets composed in the manner of his “Russian” style, the first of his three periods. The other two ballets are “The Firebird” and “The Rite of Spring.” Together they changed the course of classical music.

Also interesting is the fact that none of them are regularly danced by ballet companies any longer while they remain an active part of the symphonic repertoire. In this aspect, they’re different from Peter Ilych Tchaikovsky’s scores. His three ballet masterpieces – “The Nutcracker,” “The Sleeping Beauty” and “Swan Lake” – remain active parts of every ballet company’s repertoire. Their productions often mark the difference between financial success or failure in a given season.

Kaisla concluded, “As an antidote to Friday’s repertoire, Saturday’s recital will be all Schubert –the simplicity and intimacy of both the ‘Six Moments Musicaux’ and the Sonata in B-flat major.”