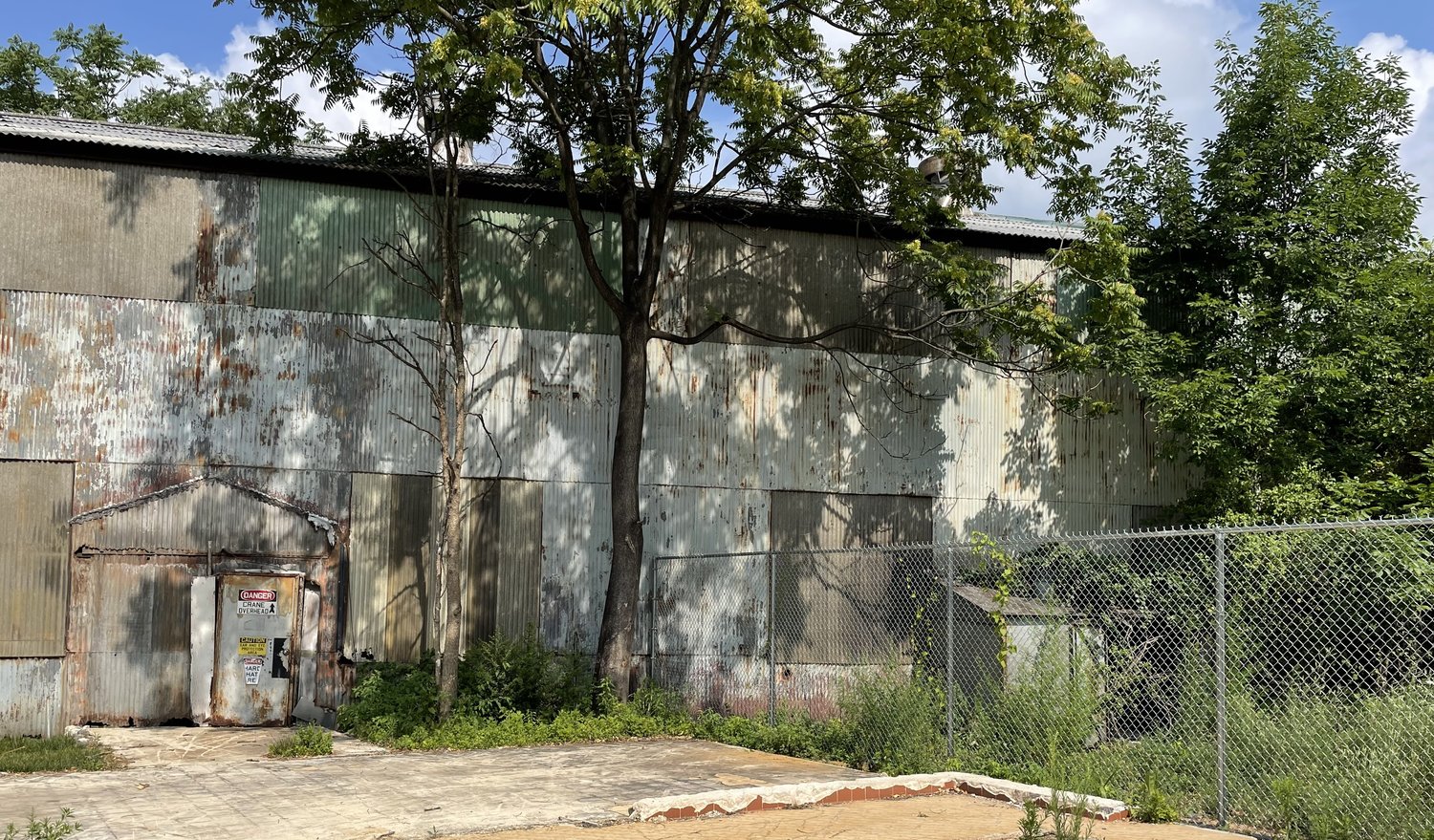 Springfield Township commissioners voted to retain Pennoni associates, of Haddonfield, N.J., to oversee work on the former Tank Car site which will be redeveloped into a public park. The site had been used to repair and maintain railroad tank cars and contains hazardous waste that must be remediated.
Posted Wednesday, July 20, 2022 4:31 pm
by Betsy Wallace

Springfield Township Commissioners Eddie Graham, Susanna Ratsavong, Michael Maxwell and Jonathan Cobb constituted a quorum for the July workshop and business meetings in the absence of Commissioners Jim Lee, Baird Standish and Peter Wilson, all of whom were away on vacation.

In an opening statement made on behalf of the board, Graham noted an incident involving lawn signage erected by a township resident on private property that expressed anti-Semitic and hateful language.  (A family member living at the same location has since removed the signage.) Residents in the immediate neighborhood posted signs encouraging inclusiveness and peace. In his statement, Graham said “This board stands steadfastly against anti-Semitism and all forms of racism, discrimination and intolerance and condemns the use of such hateful signage in the strongest terms possible.”

At the July Business meeting, the board unanimously (4-0) awarded a $24,500 professional services contract to the engineering firm of Pennoni Associates of Haddonfield, N.J. Pennoni will prepare bid specifications for abatement of hazardous building materials and demolition of four in-site buildings and oversee all work performed by contractors chosen to do the work via competitive bidding. Noting that “this is a bigger project than has been done before” on that site, Commissioner Cobb asked that the township hold a public meeting about it and post updates on the abatement and demolition project on the township website.

The township has owned the site since 2015, but it is still involved in appellate litigation over the assessed value of the property.

Joy Bergey, vice-chair of the township’s Environmental Advisory Commission reported to the board that, during COVID, the hospital-grade HVAC ran 100% outdoor air in the administration building, which protected the public but was less energy efficient. Returning to pre-COVID HVAC settings, Bergey said, would save the township about $16,000. Bergey asked for a summer energy audit to assess the energy efficiency of the municipal buildings during the hotter months. The board unanimously awarded a contract to Practical Energy Solutions in West Chester, capping the audit cost at $4,500. The board also approved Bergey’s second request to host another community Solar Day on October 2-3, 2022.

At the workshop meeting, Cobb commented that he has been talking to the school district about their plans to transition to electric school buses. Cobb and Graham urged Bergey to reach out to the school district and to officials at township schools. Graham mentioned one alternative school that was working on a climate change curriculum.

The commissioners voted unanimously to execute an agreement with Township Tax Collector Joelle Kleinman. Under the contract, Kleinman will receive a salary of $10,000, which is set by the state’s First Class Township Code. She will also receive 1.2% of total refuse fees collected during the calendar year, and reimbursement for actual expenditures necessary to implement refuse fee collection.

Funding for resurfacing streets in 2022. The Board of Commissioners unanimously authorized an application for $125,179 in funding from the Montgomery County Transportation Program to mill and resurface the streets on the Township’s list for road work in 2022.

Traffic Study results - Willow Grove and Ardmore Avenue intersection. Township Manager Michael Taylor reported to the board that the PennDOT traffic study did not yield the results necessary for a stop sign on Willow Grove Avenue at the intersection with Ardmore Ave. Township resident Alex Klinger, who lives close to that intersection, said that she complained to Chief of Police Michael Pitkow and her commissioner about excessive speeding and the lack of speed enforcement. Taylor responded that, by law, police can only ticket those vehicles driving at least 10 m.p.h. above the stated speed limit. State law prohibits townships from using radar to ticket drivers, but Taylor assured Klinger that Willow Grove near Ardmore Avenue is on the list to receive a radar sign that alerts drivers of their speed.

Commissioner Cobb’s requests. Cobb asked if anything could be done about extending the sidewalk from Lucon Road to the existing sidewalk on Haws Lane so that children can walk to school safely. The property at issue is owned by a railroad company that abandoned it long ago. Township property owners are responsible for sidewalk construction and maintenance. Cobb also asked that the township consider improving the intersection of Mill and Church Roads where the sight lines for making a left turn from Mill Road are problematic.

Campaign for traffic calming on Stenton Avenue. Township resident, Charles Apfel, told the board about a Stenton Avenue traffic calming campaign started by Chestnut Hill resident, Brian Egras. Many Wyndmoor residents received notices in their mailboxes. Ratsavong was aware of the campaign having received the notice and she has already reached out to Egras and to State Sen. Art Haywood.

By a vote of 3-1, with Cobb voting no, the commissioners decided to reject all bids for the project because they exceeded the township budget. Tim Woodrow, an engineer with the township, explained at the workshop meeting that oil prices are driving up the price of asphalt. He suggested waiting until fall when the price of oil could decrease. In voting against rejecting the bids, Commissioner Cobb expressed his concern that oil prices might continue to climb.

National Night Out on Tuesday, Aug. 2 from 6 to 9 p.m, municipal campus, 1520 Paper Mill Road, Wyndmoor. This family event is part of an effort to promote police-community partnerships. The police will lead a tour of their department and there will be a “dunk an officer” opportunity plus other activities and good food.

Vacancies on the Planning Commission and Parks & Recreation Advisory Committee. Bob Gutowski, who was appointed to the township’s Planning Commission in May 1998 and has served for most of that time as the Planning Commission chair, announced that he is resigning from the board effective Sept. 20, 2022. Sara Hughes gave notice that she is resigning from the Parks and Recreation Advisory Committee. Township residents interested in applying to serve on either commission/committee may submit a letter of interest and/or their resume by mail to the township manager, Michael Taylor, 1510 Paper Mill Road, Wyndmoor, PA 19038 or by email at mtaylor@springfieldmontco.org.  Please designate which vacancy you are interested in.